Pre-K or sit at home? Programs for kids with special needs are in trouble 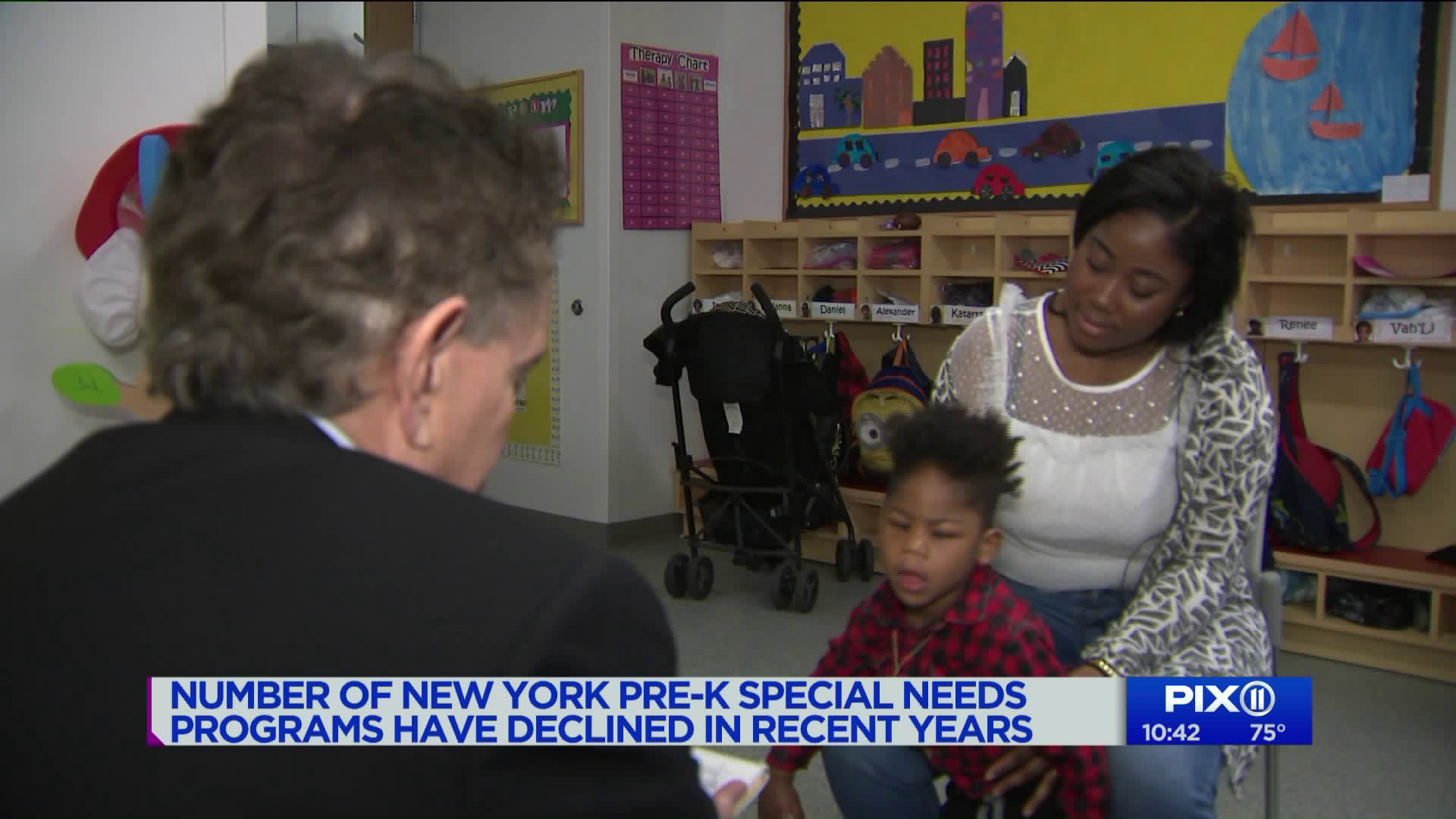 The private, nonprofit organizations that provide pre-K programs for thousands of students with special needs are fast approaching a crisis point.

“The programs are life-transforming for these kids and yet the state is not funding them adequately and they’re threatening the whole system”, said Chris Treiber, associate executive director of the Interagency Council of Developmental Disabilities Agencies.

“The reimbursement rates haven’t changed significantly in 10 years. Most of our programs are struggling to keep teachers. They don’t have the money to recruit and retain them.”

To make matters worse, in April, the New York State Education Department sent a notice to the nonprofits requesting they find space in their special needs pre-K programs for 726 additional students by the beginning of the new school term in July.

The school administrators said there’s no way they can do that because they don’t have enough classroom space or certified teachers.

The result is that hundreds of 3- to 5-year-olds with special needs will probably have to wait until space becomes available in the existing programs.

That could take months.

In the meantime, those children may be forced to sit at home.

“We’re basically yelling as loud as we can saying, 'This is a crisis. This is coming,'" Treibert said. “If you’re saying you need 726 now, what are you going to need next year? Government has a responsibility to act."

The NYS Education Department has proposed a 3.4 percent increase in the reimbursement rate for the private pre-K programs in the coming year. That’s the same increase public schools are getting.

Advocates for the nonprofits say more money is needed to make up for years of little or no increases in their reimbursement rates.

As more programs continue to close, the real losers are the children with special needs. They are legally entitled to a pre-K ducation and they need it at this crucial time in their development.

"Our goal is to have children have resources and skills to go into a regular classroom," Matthews said.

Treibert said there's a "magic" that happens in these programs.

“When you look in the classrooms and you see the magic and what happens— children who didn’t walk, walk; children who couldn’t talk, talk — you don’t understand why they’re not being funded to cover the costs," he said.