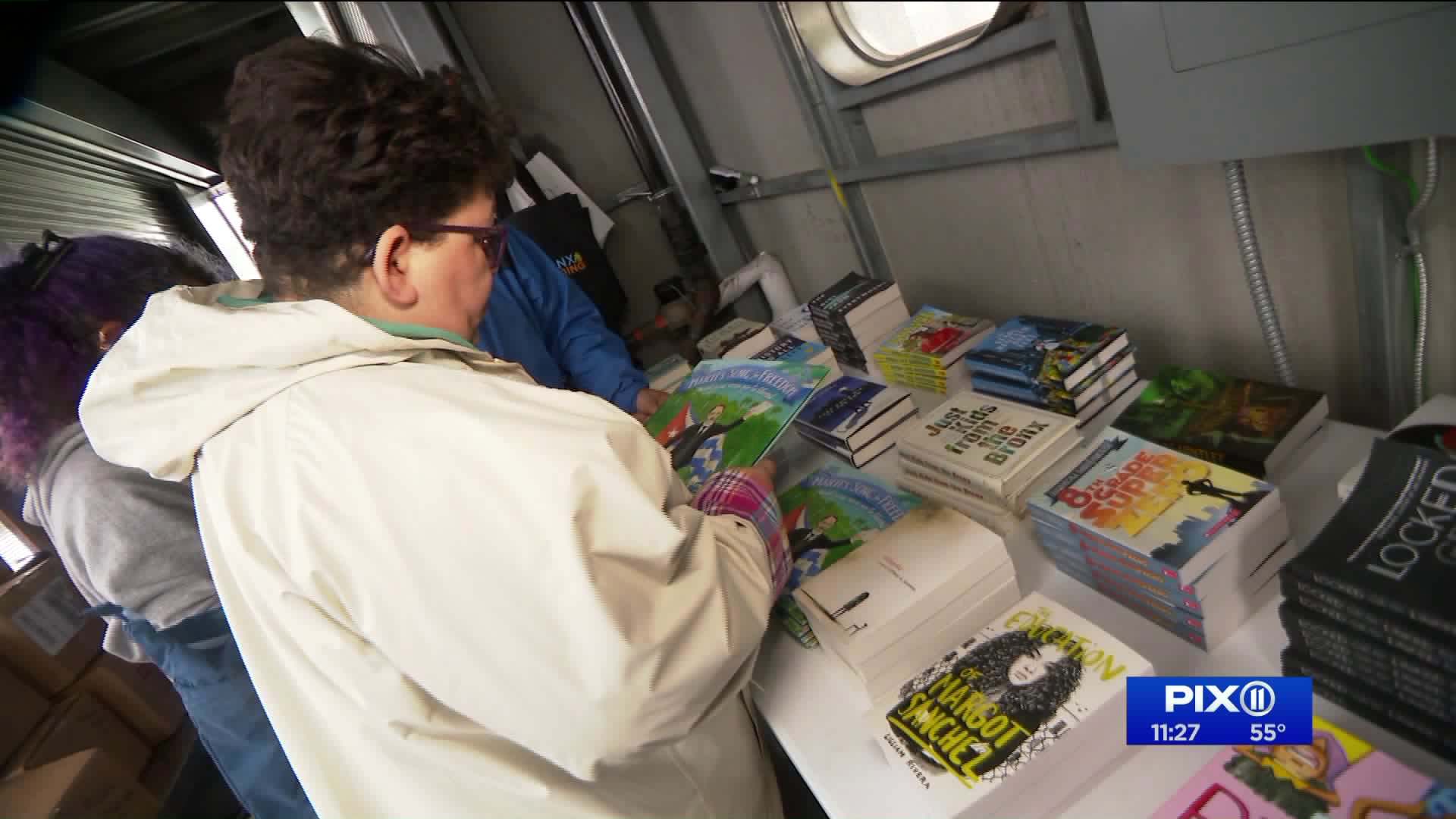 The first ever book festival, an all day event at Fordham Plaza, came to the Bronx, bringing together writers, illustrators, vendors and book lovers to celebrate all things literary.

FORDHAM PLAZA, the Bronx— The first ever book festival, an all day event at Fordham Plaza, came to the Bronx, bringing together writers, illustrators, vendors and book lovers to celebrate all things literary.

It was started by 29-year-old Saraciea Fennell, a book publicist, who saw a need in her community.

“The Bronx is the only borough that seemed to not have a book festival,” Saraciea Fennell, the founder of the Bronx Book Festival, told PIX11.

“Brooklyn has one. Queens has one. Harlem has one with panelist,” she added.

The Bronx lost its last general interest bookstore in 2016 when the Barnes and Noble located in Baychester closed its doors for good.
But that’s all changing now as a new bookstore is set to open this summer in Mott Haven called, The Lit. Bar.

“It will have 17-hundred square feet with adult books, children’s books and a wine bar,” Noelle Santos, the owner of The Lit. Bar, told PIX11. “It will be like a community living room,” she added.

For some attending this Bronx Book Festival, it was a chance to pick up a few new books and even dream about being a writer someday.
“My son loves books,” Diane Lawson, a Bronx mother, told PIX11.

“This is good for black kids, to encourage them about what they are passionate about.”

Diane’s son, Itiel Avosse, thinks about becoming a writer.
“Books, they give me a different way of thinking and they bring me to a different world,” Avosse told PIX11. “It’s really cool,” he added.

Next year’s festival will also include Spanish language books.