Cause probed in school bus crash that killed teacher, student 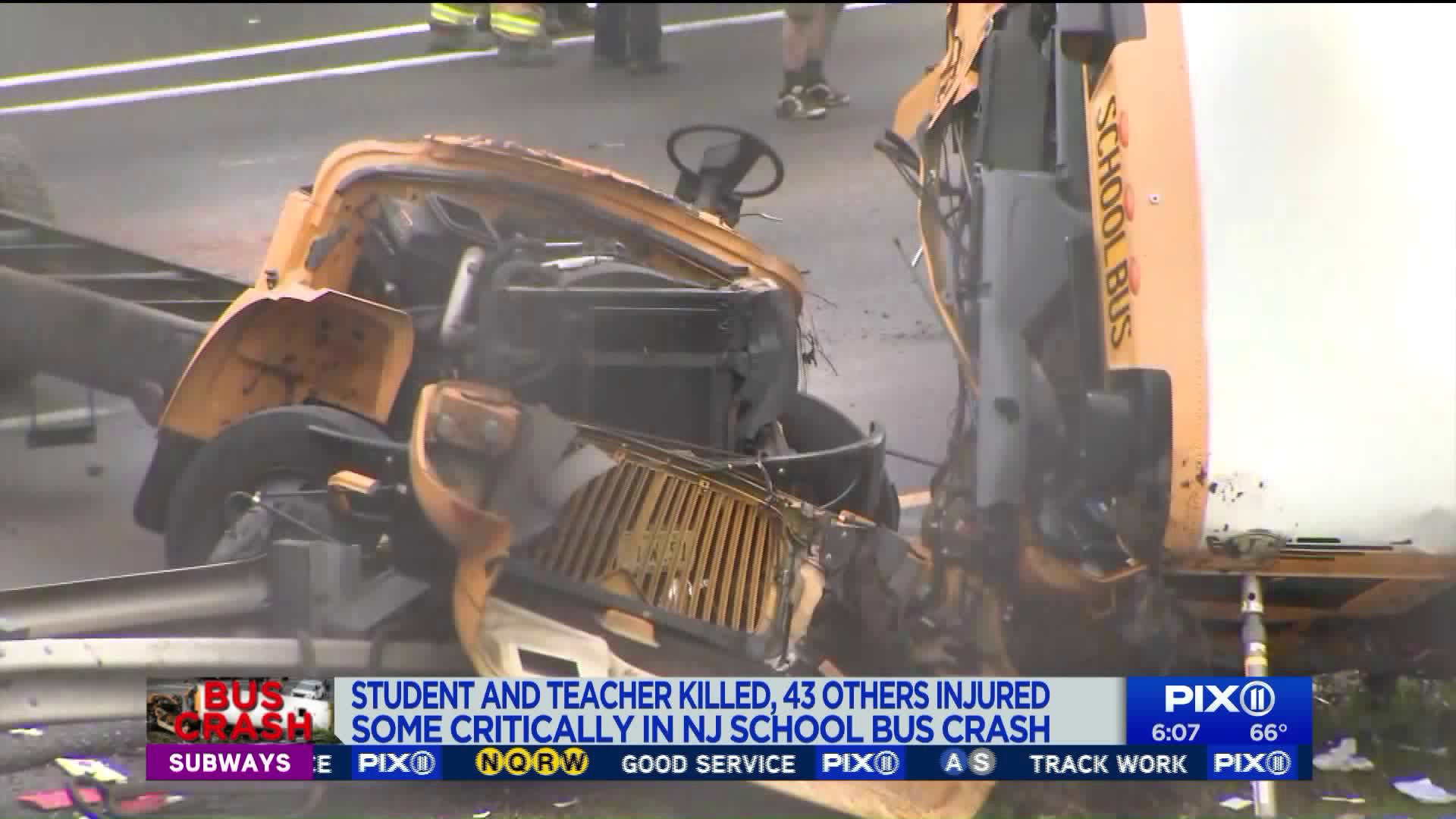 A student and a teacher are dead and 43 other are injured after a school bus crashed into a dump truck Thursday afternoon. 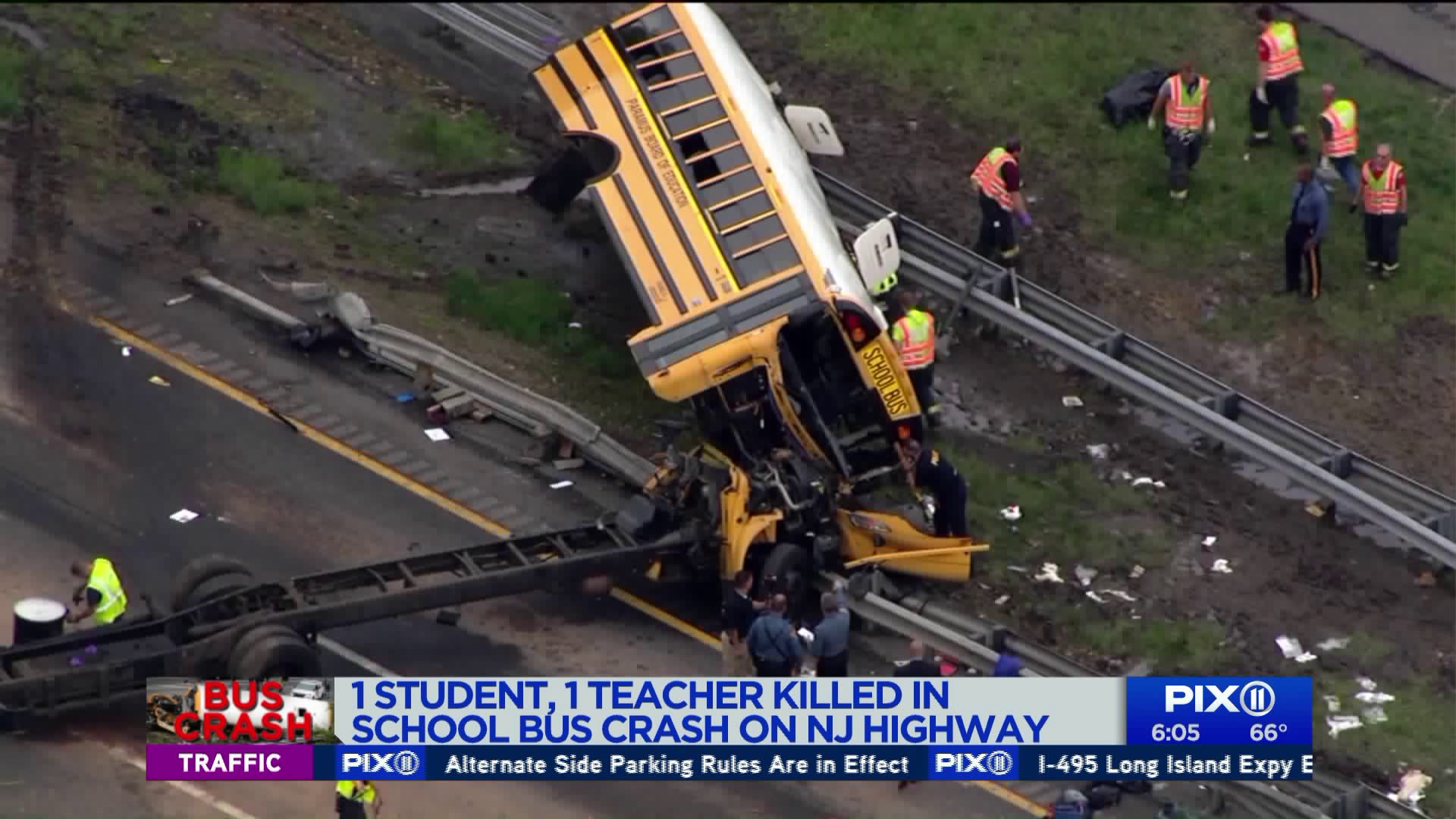 MOUNT OLIVE, N.J. — Grief counselors will be at East Brook Middle School the day after the deadly bush crash that killed two people.

Forty-five people, including 38 students, were on the bus at the time. Forty-three people from the bus and the truck driver were hospitalized, some in critical condition.

Officials first reported the incident at about 10:45 a.m.

Three buses from the Paramus School District were carrying fifth-grade students from East Brook Middle School on a field trip to Waterloo Village, a historic site about 5 miles from where the crash took place.

The two buses that were not involved in the crash were returned to the school and the students were reconnected with their families and dismissed, said Holly Tedesco, Paramus Council president and police commissioner.

Students, teachers and chaperones were on the bus that crashed with the dump truck, she said.

Sources tell PIX11 they’re investigating as to whether or not the bus driver was making an illegal U-turn on the highway.

The crash left the bus lying on its side on the guardrail of Interstate 80 in Mount Olive, its undercarriage and front end sheared off and its steering wheel exposed. Some of the victims crawled out of the emergency exit in the back and an escape hatch on the roof.

Gov. Phil Murphy confirmed the two killed were a teacher and a student, and that the bus driver remains in the hospital, but would not disclose his condition.

The trucking company had a string of crashes in recent years and a higher than average rate of violations that sidelined its vehicles, according to federal safety data.

Mendez Trucking has about 40 drivers and trucks, according to the Federal Motor Carrier Safety Administration. Its trucks had been in seven crashes, none fatal, during the last two years before Thursday's crash, the FMCSA says. Messages left with the company weren't returned.