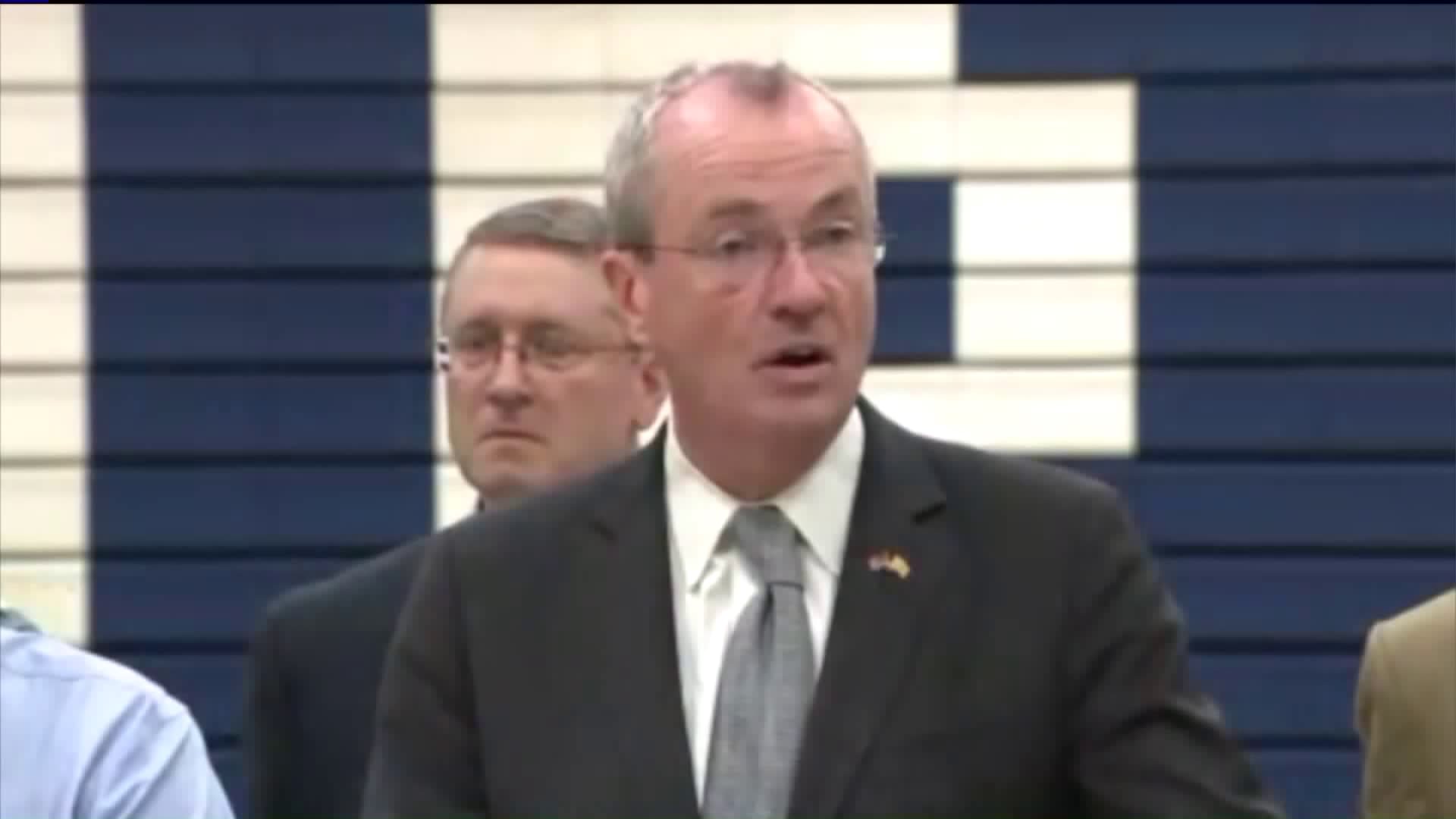 2 people dead, 43 injured after a school bus collided with a dump truck in Mount Olive, NJ.

MOUNT OLIVE TOWNSHIP, N.J. — A student and a teacher were killed Thursday when a school bus carrying fifth-graders on a field trip overturned and was ripped apart, landing on an interstate's center median, after colliding with a dump truck in New Jersey, officials said.

There were 38 students and seven adults on the bus. All 43 survivors were injured. Several of them are in critical condition and were being operated on Thursday afternoon.

The school bus and dump truck crashed on Interstate-80 near Exit 25, in Morris County's Mount Olive Township, New Jersey State Police confirm. The dump truck driver is alive and in the hospital.

Officials first reported the incident at about 10:45 a.m.

Three buses from the Paramus School District were carrying fifth-grade students from East Brook Middle School on a field trip to Waterloo Village, a historic site about 5 miles from where the crash took place.

The two buses that were not involved in the crash were returned to the school and the students were reconnected with their families and dismissed, said Holly Tedesco, Paramus Council president and police commissioner.

Students, teachers and chaperones were on the bus that crashed with the dump truck, she said.

Mount Olive Mayor Robert Greenbaum said he responded to the scene when he heard passengers may have been ejected during the crash.

"Then I arrived at the scene … In terms of the nature of the damage to the bus, it’s pretty horrific," Greenbaum said.

"This morning, East Brook Middle School students on their way to Waterloo Village were involved in a serious bus accident on Route 80 in Mount Olive, NJ.

"Family members are asked to visit East Brook Middle School to await more information from school officials. Students will be dismissed from school.

Images of the scene shared on social media show the bus overturned with its front ripped off. A red dump truck parked nearby was also mangled.

The school bus landed on its side on a center median, and the body of the bus is badly damaged. Numerous emergency vehicles and civilians responded to the scene, apparently aiding injured victims.

I-80 was briefly closed in both directions. Eastbound and right center lanes reopened by 11:30 a.m.

Family members of those involved in the school bus crash are asked to contact the Paramus Police at 201-262-3400.

Those seeking additional information can call 888-407-9628, Paramus police tweeted, adding that the line will be updated as needed.

National Transportation Safety Board officials said the agency is not investigating the crash, after earlier tweeting it was gathering information on the crash.