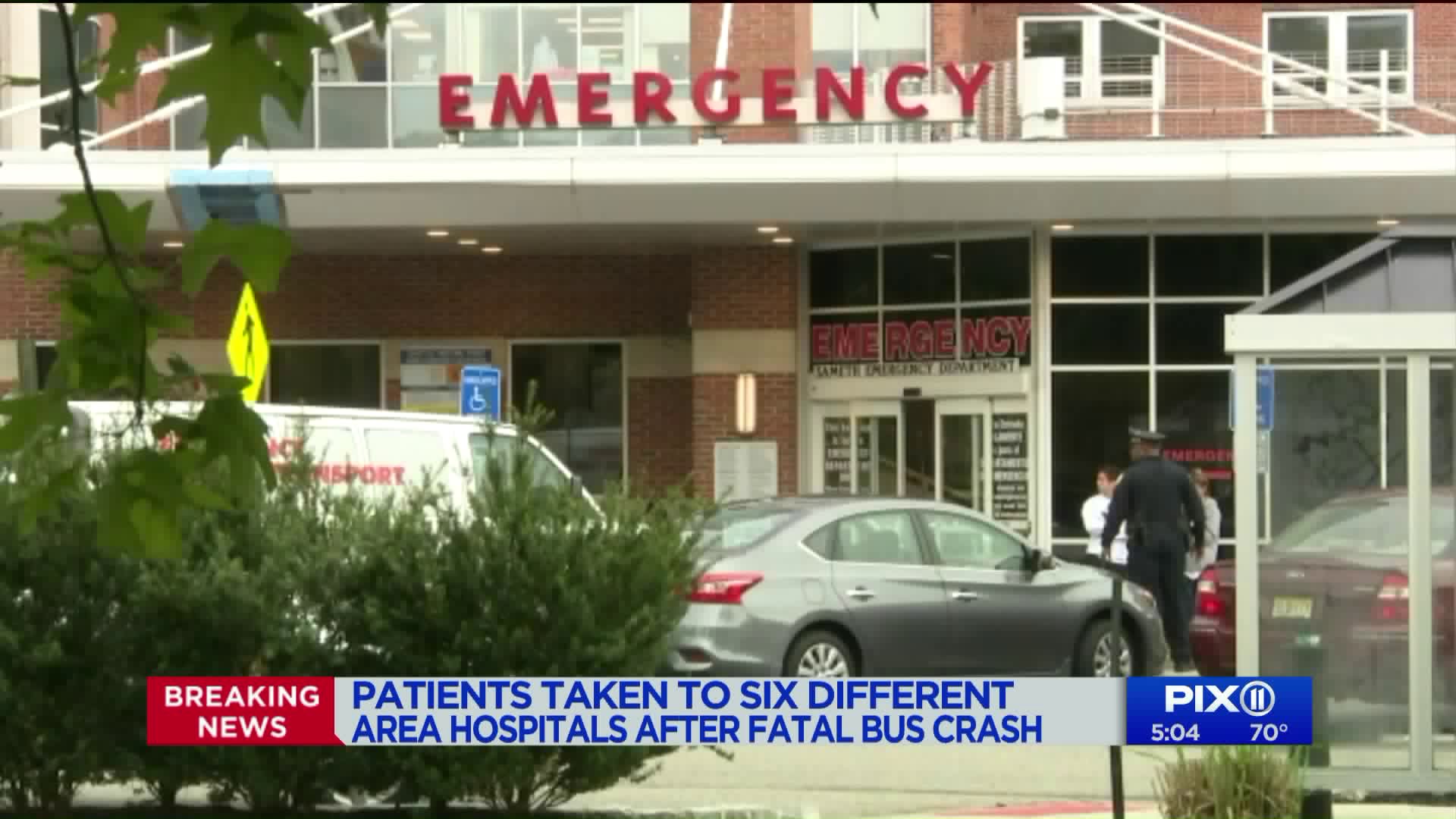 43 of the 45 injured were taken to area hospital after a fatal school bus crash involving a dump truck near exit 25 in Mount Olive, NJ.

MORRISTOWN, New Jersey — A teacher and a 5th grade student from East Brook Middle School in Paramus are dead after the school bus they were riding on crashed with a dump truck on Route 80 in Mount Olive, police said Thursday.

43 other adults and children on board were injured, some critically, according to officials.

None of the dead or injured have been publicly identified by police at this hour.

The injured were transported to the following area hospitals:

The hospitals would not confirm the current status or condition of their patients.

The New Jersey State Police and Morris County Prosecutor are investigating the cause of the crash.

More information is expected from officials on Friday.