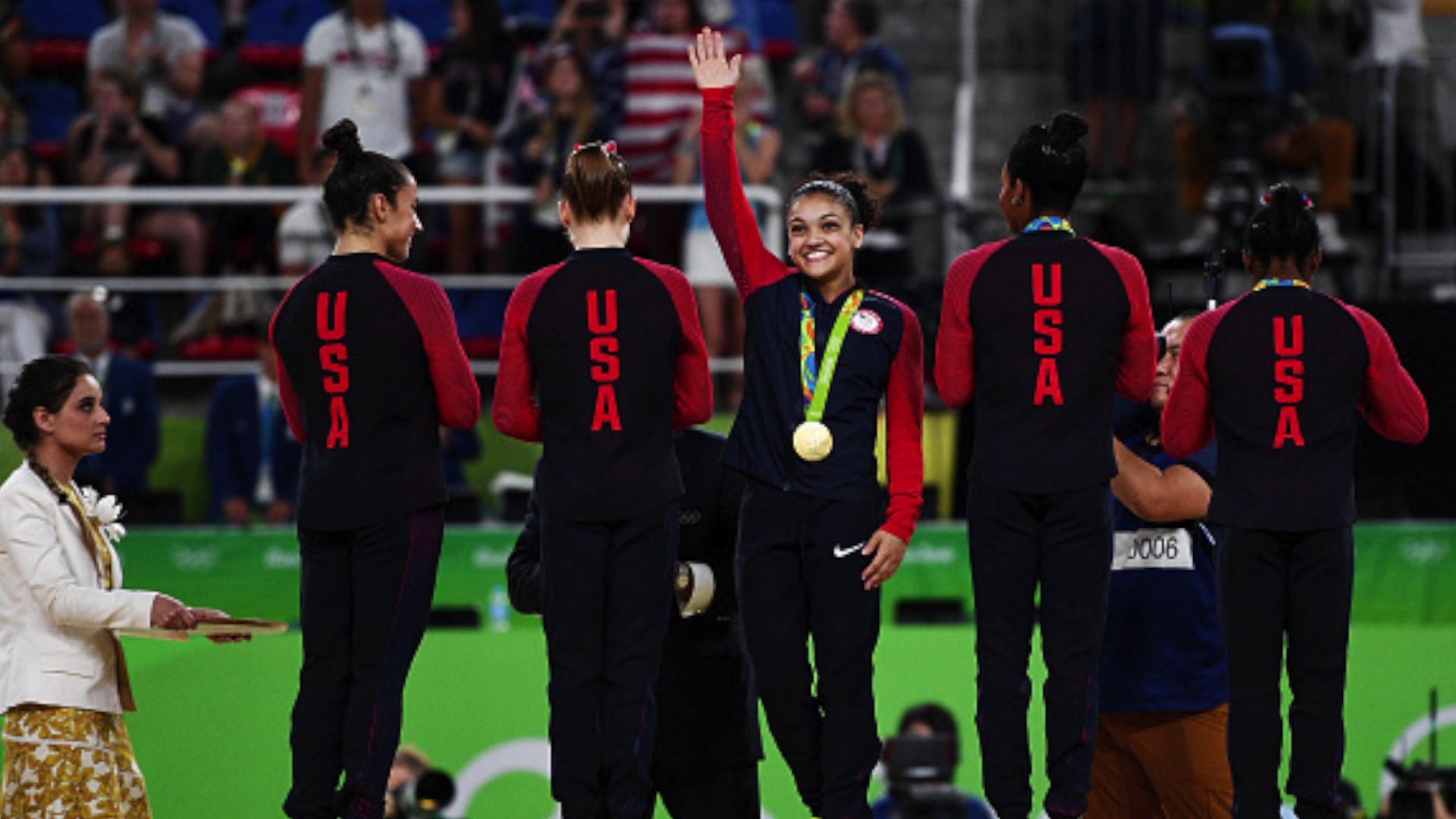 NEW YORK—She shot to fame as part of The Final Five.

The youngest member of the U.S. women’s gymnastics team that went on to win team gold in the 2016 Olympic games.

She is one of only a handful of Latinas to represent U.S. gymnastics since the 1930’s and the media nicknamed her “the human emoji.”

"I think as a gymnast we’re known to be pretty stoic and focused and it looks like we’re angry all the time. But I think when we were competing I was just so excited to be there that I just couldn’t help but smile and giggle while I was performing," Laurie Hernandez explained.

That was two years ago and Laurie Hernandez was only 16 years old.

She left Rio with both a silver and gold medal.

"There was a lot of I want to be like you. I want to be an Olympian and there was a lot of that whenever I would walk around after the Olympics. I didn’t realize how many young girls and young boys were watching what I was doing just cause I was doing what I loved. For 11 years I did gymnastics and there are a lot of ups and down. So it was really refreshing to have that pay off," Hernandez said.

Pay off it did.

And Hernandez has kept the momentum going, competing in and then winning season 23 of “Dancing With The Stars.”

"That was nothing like I've ever done before honestly. I had a partner which I'm used to control every movement that I do, but in ballroom dancing you have to let the male control you and I’m just like I have no clue what I’m doing," Hernandez said.

She also wrote a book that focuses on her journey to the Olympics.

Its title “I Got This: To Gold and Beyond” comes from the words of encouragement she whispers to herself just before she competes.

"I would talk to myself and I would say I’m strong, I’m confident, I got this," Hernandez explained.

The Old Bridge, New Jersey native loved writing so much, she penned a children's book called “She's Got This” that will be available this fall.

"It's about a little girl who wants to do gymnastics. She wants to be a gymnast so bad and then she falls and doesn’t want to do it anymore and then her family is there to back her up. I'm so excited to share this story with the kids," Hernandez gushed.

And Hernandez continues to inspire the younger generation with her new clothing line on sale at JCPenney.

"The clothing line definitely promotes body positivity. As a gymnast we’re so worried about perfection we want everything to look right and we want our routines to be perfect, so the line is just to promote like, hey, be comfortable in your own skin," Hernandez said.

She says she hopes to see things improve with the USGA.

And after two years off, is back in the gym, training again for another chance at Olympic gold.