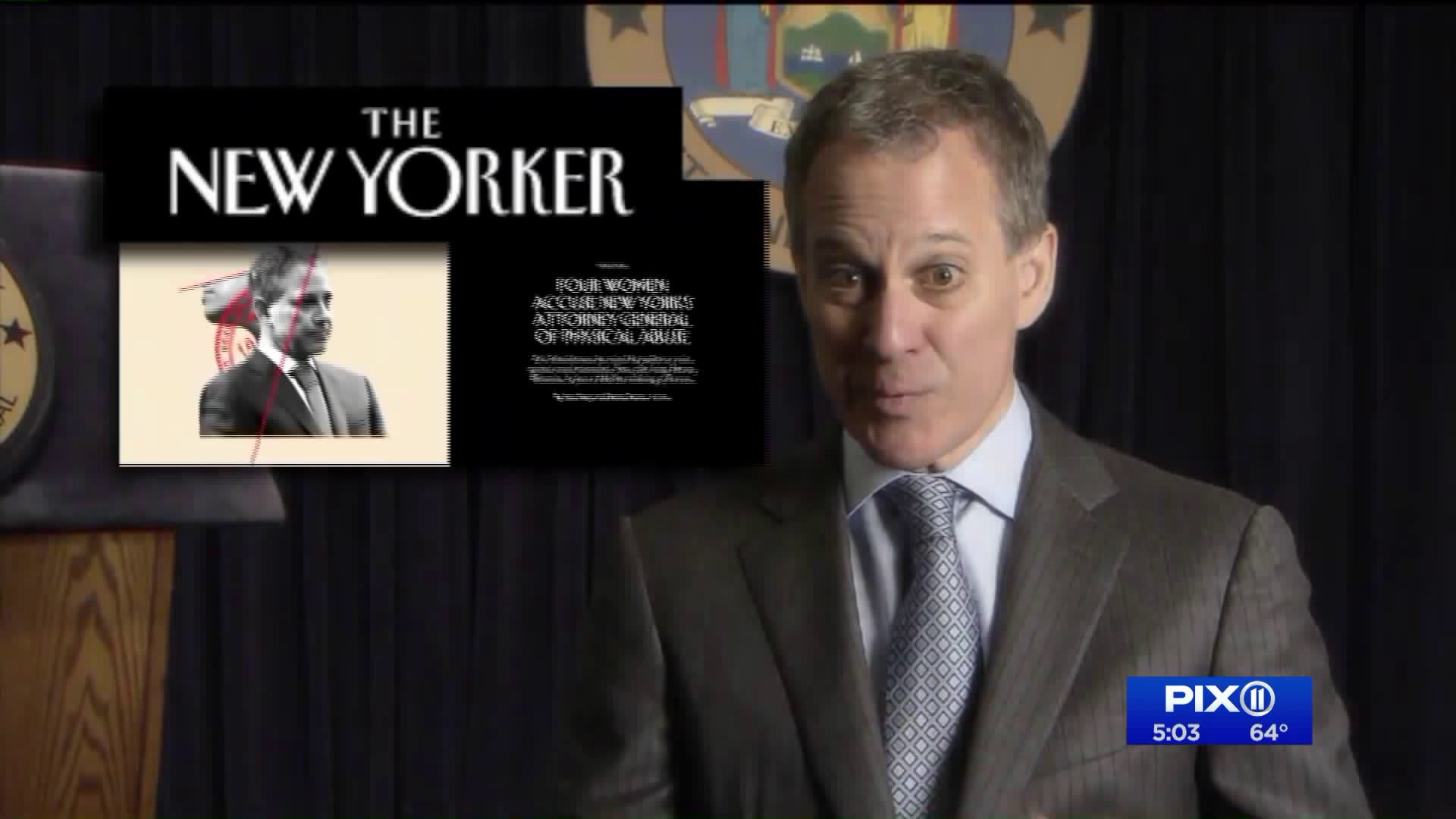 New York Attorney General Eric Schneiderman had been investigating Manhattan District Attorney Cy Vance prior to Schneiderman resigning abruptly amid claims by Schneiderman`s former girlfriends of violence and abuse. So when Vance announced on Tuesday that he would investigate Attorney General Schneiderman, Governor Andrew Cuomo said no, and Vance balked, very publicly. However, on Thursiday afternoon, that all changed.

MIDTOWN — New York Attorney General Eric Schneiderman had been investigating Manhattan District Attorney Cy Vance prior to Schneiderma's abrupt resignation amid claims by his former girlfriends of violence and abuse.

He's been looking into Vance's handling of accusations against movie mogul Harvey Weinstein. So when Vance announced on Tuesday that he would investigate the assault claims against Schneiderman, Governor Andrew Cuomo said no, and Vance balked, very publicly. That all changed on Thursday afternoon.

There was an about face by Vance that was so prominent that it left observers wondering what had transpired to cause it to happen.

"Perhaps I was a little frustrated when the ground rules changed," Vance said on Thursday.

He was joined at a news conference by Gov. Cuomo, Nassau County District Attorney Madeline Singas, who's also been named special prosecutor in the Schneiderman investigation, and Timothy Sini, the Suffolk County district attorney, who is assisting Singas in her role as special prosecutor, as appointed by the governor.

It was a sharp contrast to a letter he wrote on Tuesday to the governor regarding Cuomo appointing a special prosecutor to the Schneiderman investigation. In his letter, Vance said that it was "a mistake," and that he "strongly objected to" the governor not allowing Vance to proceed with his own Schneiderman probe.

"It is a perception issue," Cuomo said at the Thursday news conference.

"Nobody wants a situation where there's a perception of a conflict," the governor said.

Four women, in a story released Monday in The New Yorker magazine, said that Schneiderman had choked, beaten, slapped, spat on and verbally degraded them while they were dating him.

In pursuit of those accusations, Gov. Cuomo said, having a united team of investigators in the case is key.

The photo op of him with the district attorneys from Manhattan, Nassau County and Suffolk County, seemed to at least present an image of unity.

Whether or not that results in a criminal case against the former attorney general is still not clear. No prosecution can take place unless a complainant comes forward.

There has been no indication that that's happened. A reporter asked the special prosecutor if she's received any formal complaint against Schneiderman.

"I'm not going to answer any specific questions" regarding what potential complainants "have told us," Singas said.

The NYPD has given no indication of having received any criminal complaint against Schneiderman. Nonetheless, the former attorney general has hired prominent Manhattan defense attorney Isabelle Kirshner for his potential case.