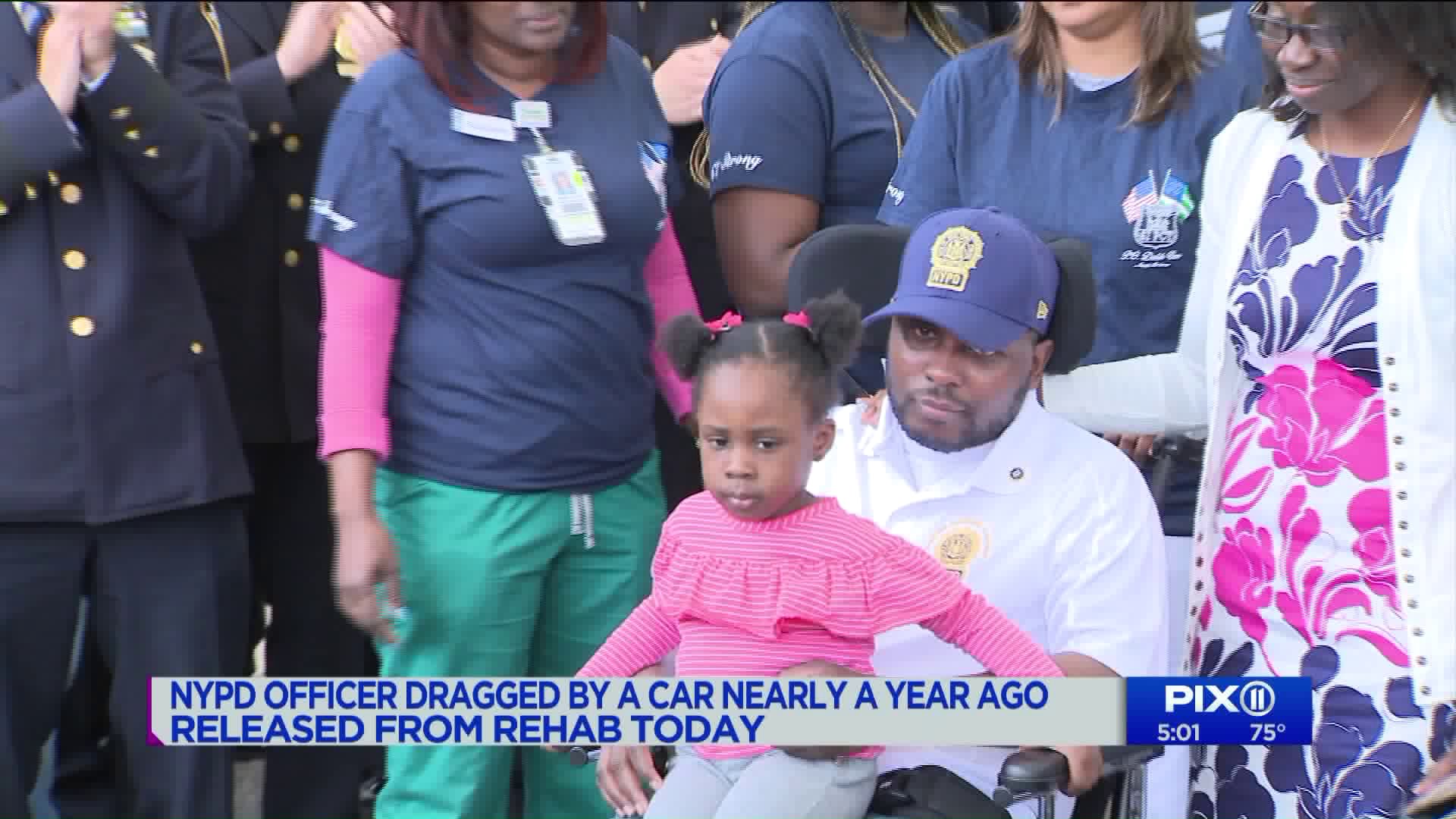 Dalsh Veve, who was promoted from officer to detective inspector while healing in the hospital, was critically injured when a car dragged him nearly two blocks in East Flatbush last June.

BROOKLYN, N.Y. — An NYPD detective who nearly died after being dragged by a stolen car was released from rehab Monday.

Dalsh Veve, who was promoted from officer to detective inspector while healing in the hospital, was critically injured when a car dragged him nearly two blocks in East Flatbush last June.

Police Commissioner James O'Neill joined the detective's family and friends as they greeted him upon his release from the Kessler Institute for Rehabilitation in West Orange, New Jersey around 2 p.m. Monday. They described him as a "remarkable man."

Veve was one of six plainclothes officers who responded to several 911 calls for shots fired  on June 3, 2017, in Brooklyn, police said.

After the officers arrived, they found a party at the location and determined the sounds were fireworks, O'Neill said at the time.

Police said Veve was across the street speaking to several occupants sitting inside of a black Honda Sedan that was parked in front of a fire hydrant. As three officers continued to speak to people on the scene, the officers suddenly saw Veve being dragged by the sedan, police said.

The vehicle dragged the officer for two and a half blocks before he fell off of the car, officials said. He suffered severe brain damage and was transported to the hospital in critical condition.

The people inside of the sedan continued driving before the car crashed and was abandoned, officials said.

Veve was able to fire off two shots before he fell from the vehicle, police said.

That night, Justin Murrell, 15, walked into a local Brooklyn hospital in serious condition with a gunshot wound to the face.

Police said they determined Murrell, of Brooklyn, was in the stolen vehicle that dragged Veve, nearly killing the officer.

Murrell has since been indicted on charges of attempted murder and assault, and is being held without bail, according to police.

Veve, who is married and has a daughter, is a nine-year veteran of the NYPD.