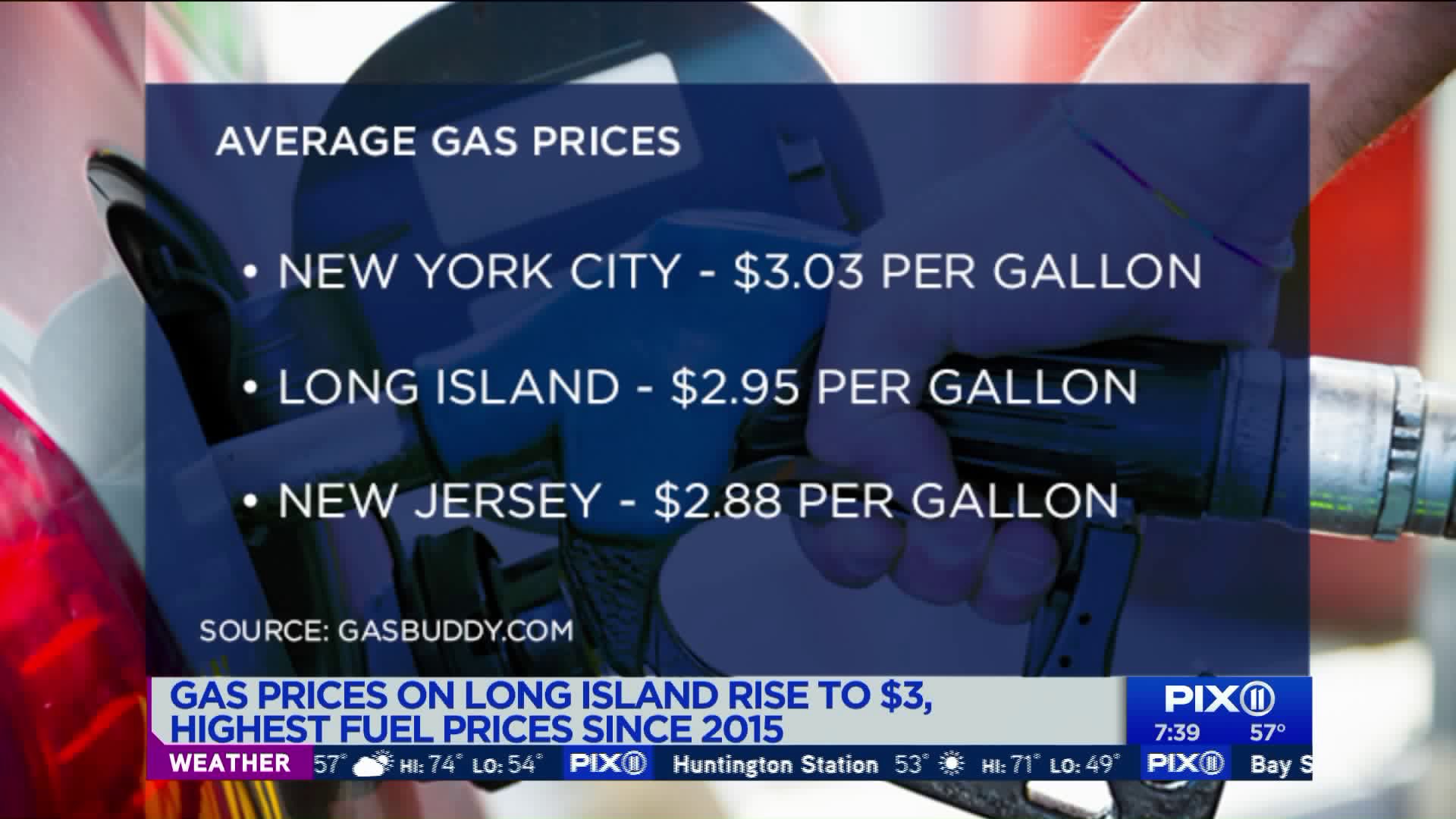 It's been 10 straight weeks of increases.

The average price of regular-grade gasoline in the U.S. rose 7 cents a gallon to $2.90 over the past two weeks, marking 10 straight weeks of increases.

Industry analyst Trilby Lundberg of the Lundberg Survey said Sunday that the jump marks the highest average price since November 2014.

The highest average price in the contiguous 48 states was $3.73 in the San Francisco Bay Area. The lowest was $2.45 in Baton Rouge, Louisiana.

In New York City, prices above $3 aren't hard to find. The average was $3.03 as of Monday morning.

But some stations on Long Island topped the $3 mark Monday, although the average there is $2.95 per gallon. In New Jersey, the average is $2.88.

The highest prices in NYC found Monday morning were:

Click here to search your area for the cheapest gas.

Lundberg told the Associated Press that the increase is largely driven by higher crude oil costs and the phasing-in of summer-grade gasoline, which is used to prevent smog.

Additionally, CNN reports, concerns that President Donald Trump is about to impose new sanctions on Iran have sent oil prices climbing, along with gas prices.

"Most of this recent increase has to do with speculation that the Trump administration will take a hard line with Iran," Tom Kloza, chief oil analyst for OPIS, told CNN.

The president has until May 12 to decide whether the U.S. will stay in a deal with Iran meant to curb its nuclear program, or pull out of the agreement and once again impose sanctions on the country.