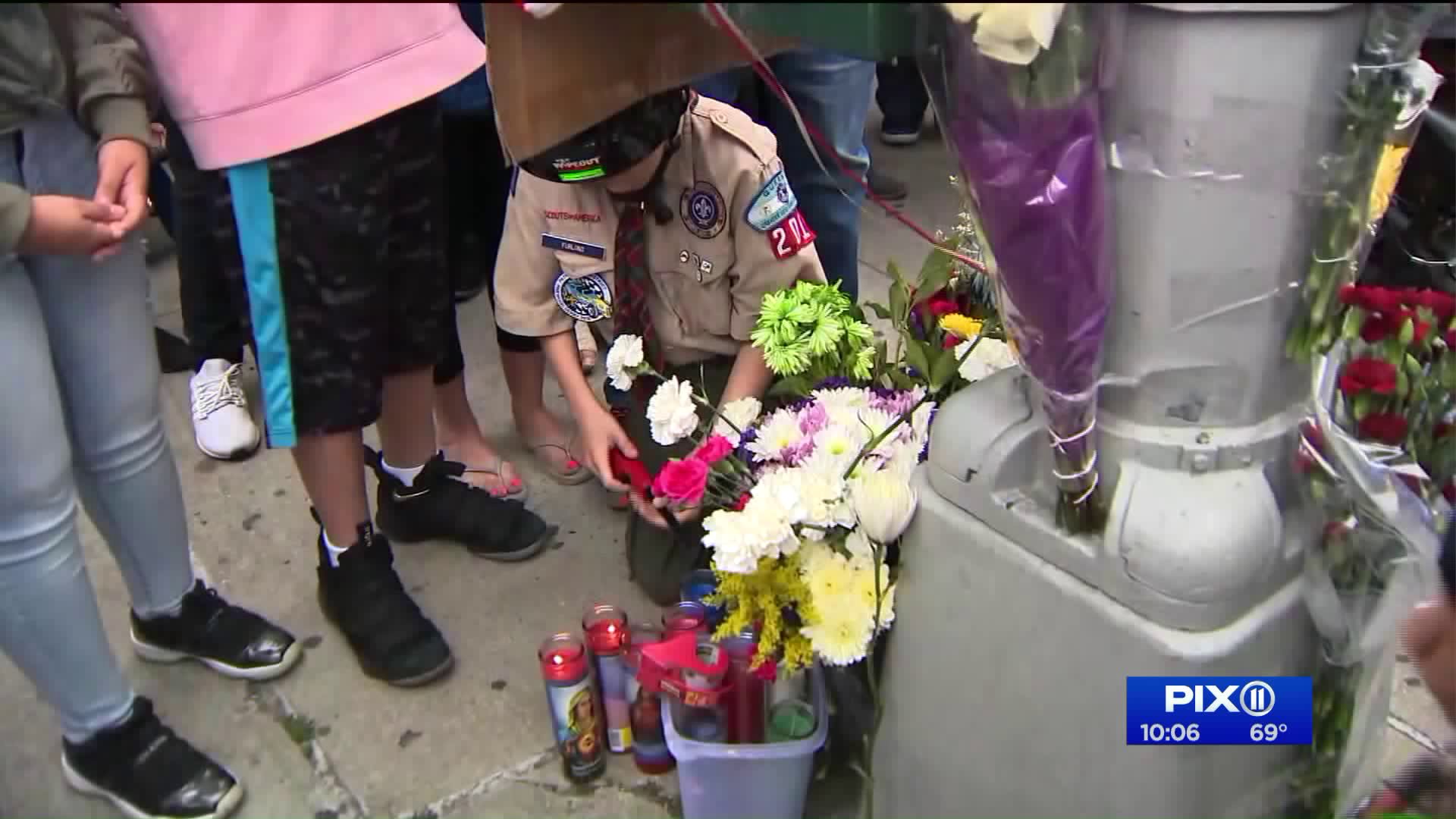 The grief-stricken family of 9-year-old boy mowed down at a busy intersection is calling for change to make the street safer.

JACKSON HEIGHTS, Queens — The grief-stricken family of a 9-year-old boy mowed down at a busy intersection is calling for change to make the street safer.

“It’s a pain in my heart I can’t heal. It’s difficult for me. A dad is not supposed be burying his son,” Raul Ampuero said.

Last Saturday, Giovanni Ampuero and his mother were crossing Northern Boulevard shortly after 1 p.m. when a Jeep Compass traveling on 70th Street made a left onto Northern Blvd., striking Giovanni.

They were just steps from their home.

“That guy who ran him over, I wish one time I could speak to him nicely by showing him pictures. How was he as a little kid, how he enjoyed life. That guy, he destroyed our family,” Giancarlo Ampuero said.

This evening, the Ampuero family, politicians, others who live in this neighborhood and safety advocates came together, calling for change to this intersection.

Giovanni is the fifth child killed in less than six years while crossing Northern Boulevard.

"I want to reach out to Mr. de Blasio. I hope I get a phone call from him, couple of things I want to say to him father to father. Not as the mayor, just father to father,” Raul Ampuero said.

Jimenez was arrested on charges of leaving the scene of an accident and failure to yield to pedestrian.