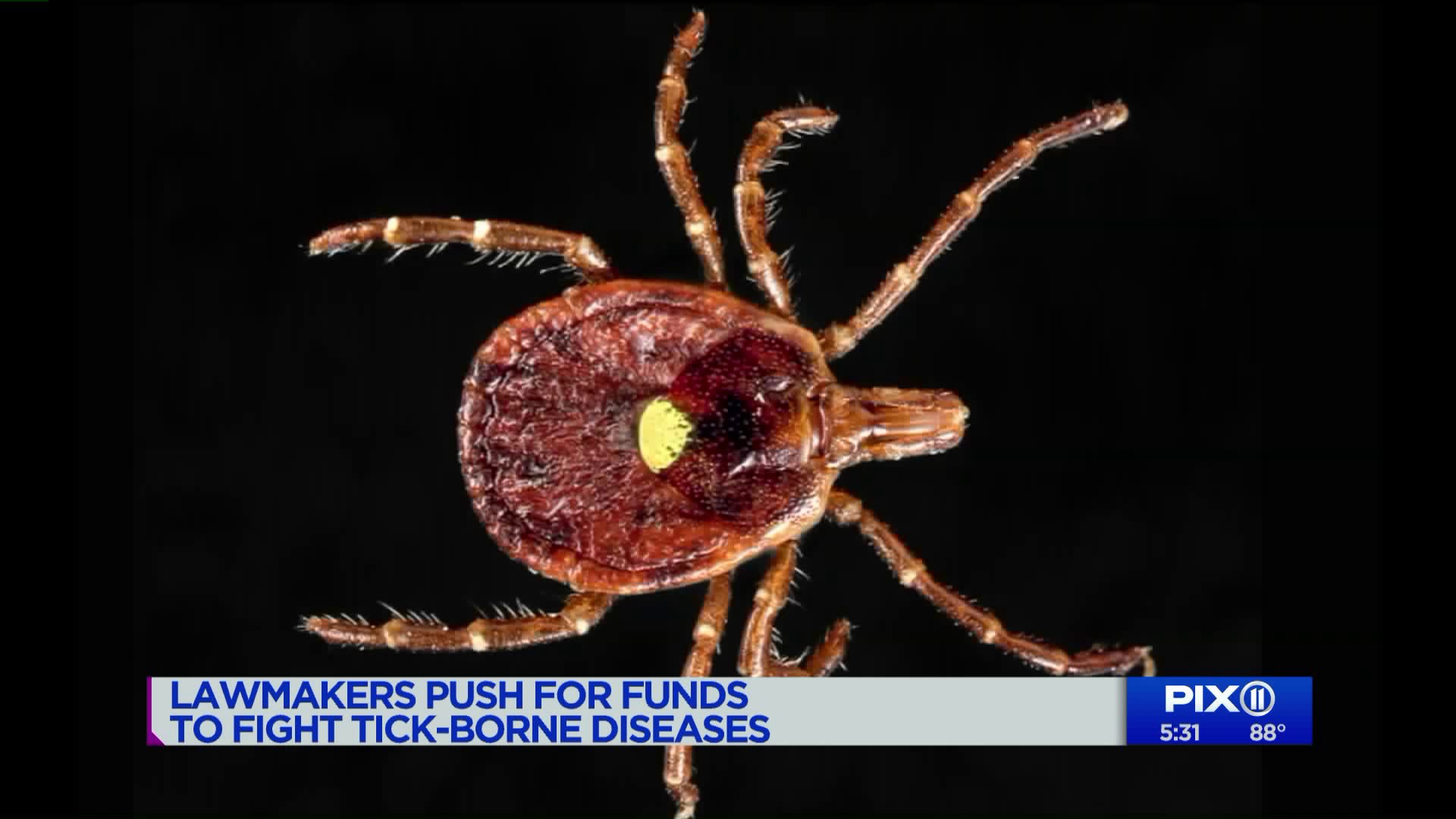 Illnesses from mosquito, tick, and flea bites have tripled in the U.S., according to a new report by the Centers for Disease Control and Prevention. With many of those insects in New York, local officials are calling for action.

WOODBURY, Long Island -- Record heat on Wednesday, and more record temperatures expected on Thursday, may be part of a larger trend of longer warm spells. That phenomenon is bringing with it a higher number of bugs to our area, which in turn bring with them a wider variety of health hazards, according to experts.

It’s spurred New York's senior senator to call for the Centers for Disease Control to act immediately, using a large infusion of research dollars he helped them secure.

"It transmits disease, it affects livestock and it can bite humans,"Gangloff-Kaufmann said about the exotic longhorn tick.

It's common in East Asia and in Australia and New Zealand, but not in the Tri-State.

However, earlier this year, a group of the ticks was found in New Jersey, having survived the winter.  Now that it's warm out, the bug, and its habitat, may spread.  Along with it, is the lone star tick. Commonly found in Texas, and the American South, as its name implies, it's now flourishing here, alongside with typical East Coast ticks.  All of the aforementioned ticks can transmit disease.

The insect news were all new developments that came on an otherwise beautiful day.

Paul Meals, a Connecticut resident visiting Long Island on a motorcycle ride, was enjoying Wednesday's record high temperature, with low humidity.  However, one little thing was getting in the way of the day's perfection -- it was something very little, but with a big, potentially hazardous, effect: mosquitoes.

Add to that mosquitoes living longer in extended periods of warm weather, and it results in weather lover Paul Meals being more introspective.

"Global warming has something to do with it,  and there's a lot more deer," Schumer said. "The tick bites the deer, and then bites us."

Sen. Schumer pointed out that the new federal budget he helped to get passed includes $900 million for CDC programs.  Since the New York City metro area is at the heart of the worst-hit regions of the country for Lyme disease, which is insect-borne, Schumer called on the CDC to act boldly and quickly.

"We can come up with a cure for Lyme disease," the senator said at a midday news conference. "In the past, not enough money was dedicated to do that."

Schumer also called on the CDC to increase education about preventing Lyme disease and other insect-borne illnesses.

He made the comments at the entrance to Trail View State Park.  Some hikers that PIX11 News encountered on the trails agreed with the senator.

"[We] definitely need a cure," Alex Moreno, who was using his flexible work schedule to get outdoors, said.

Another hiker, Julia Chung, was walking the trails during her lunch break from an insurance office.  She admitted that while she carefully checks her child for ticks after time in the woods, she doesn't do the same thing herself.

"I probably should do more, but I don't," she said.

But after hearing about the increase in insect-borne illnesses, she said, she'd changed her tune.

The CDC has detailed information about preventing tick and other bug bites here.