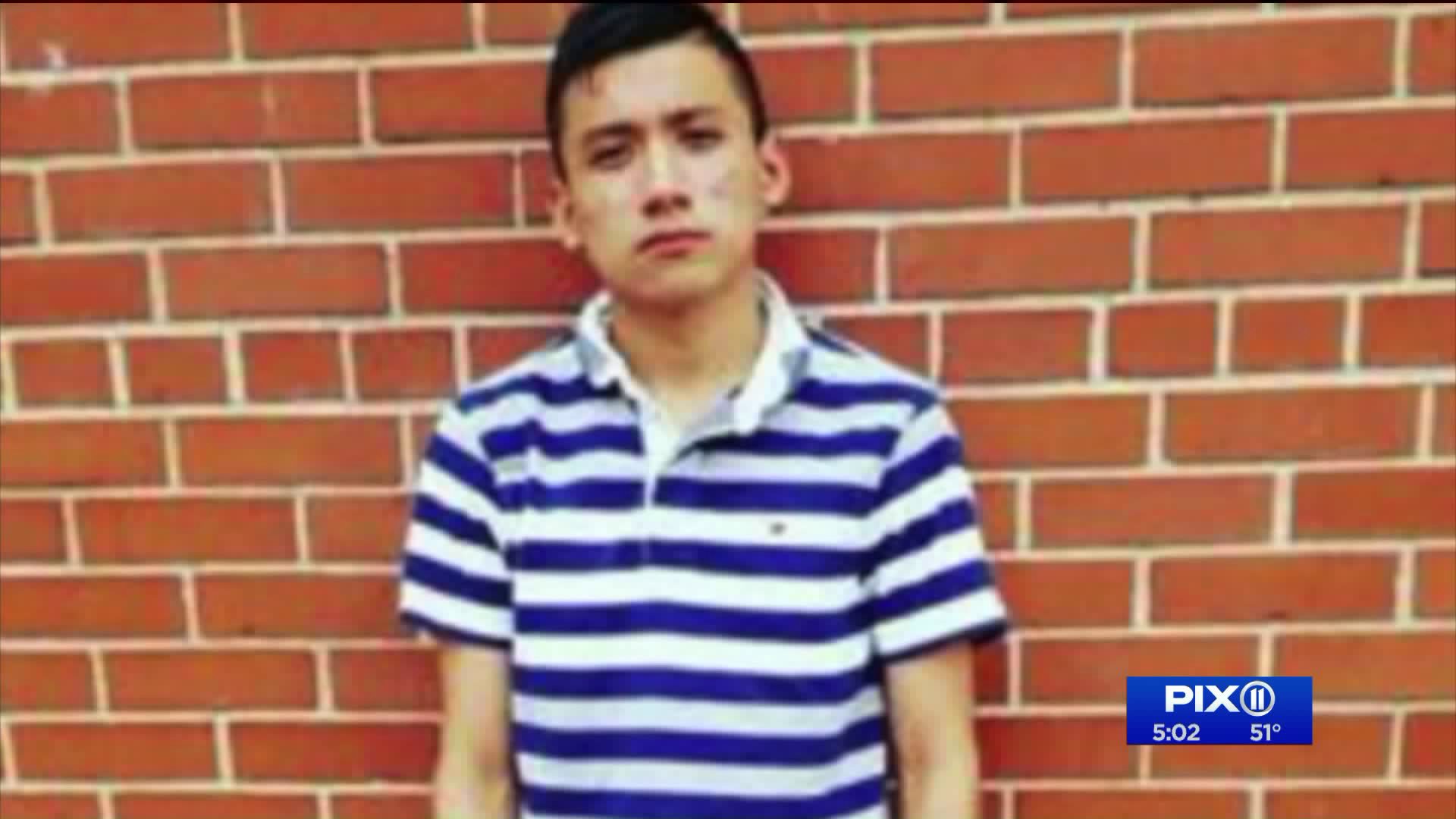 17-year-old Andy Peralta, whose body was discovered by a hiker in a Queens park earlier this week, was half naked and face down in a marsh.

KISSENA PARK, Queens — He was a high school student with no history of any trouble with the law. So how did Andy Peralta, 17, end up murdered in a Queens park under mysterious circumstances?

Peralta’s father, Edgar, wept as he mourned his son's loss.

Rosa Jaramillo, Peralta's mother, said her son told her her he was going to the corner to meet someone on Monday. She said that she told him not to go, but he promised to be gone for just a few minutes.

His asphyxiated body was found face down in a marshy area of the park near 161 Street on Tuesday. He was naked except for his pants, which were pulled down to his ankles, according to law enforcement sources.

Edgar told PIX11 police had taken him into custody last year for hitting his son in an effort to keep the teen away from gang-related classmates.

His parents said they had been warned by their son's teachers at Newtown High School in Corona that their son should spend less time with the wrong crowd. However, there appears to be no evidence that Peralta was involved with gangs.

"I'm in shock, to be honest," Nancy Vasquez, who's lived upstairs from the Peralta family in the same duplex for a decade, said. "He was a quiet guy. Just said 'hi' and 'bye' and that was it."

It's a crime that their community of Ecuadorean immigrants is trying to get its head around. Peralta had moved here from the South American country three years ago in order to be with his parents, and he seemed to be doing well.

His wake and funeral are scheduled for Saturday. His family said that they will bury him in Ecuador.