Jamie deRoy, one of the Friar’s Club first female members, celebrates 30 years as a Friar 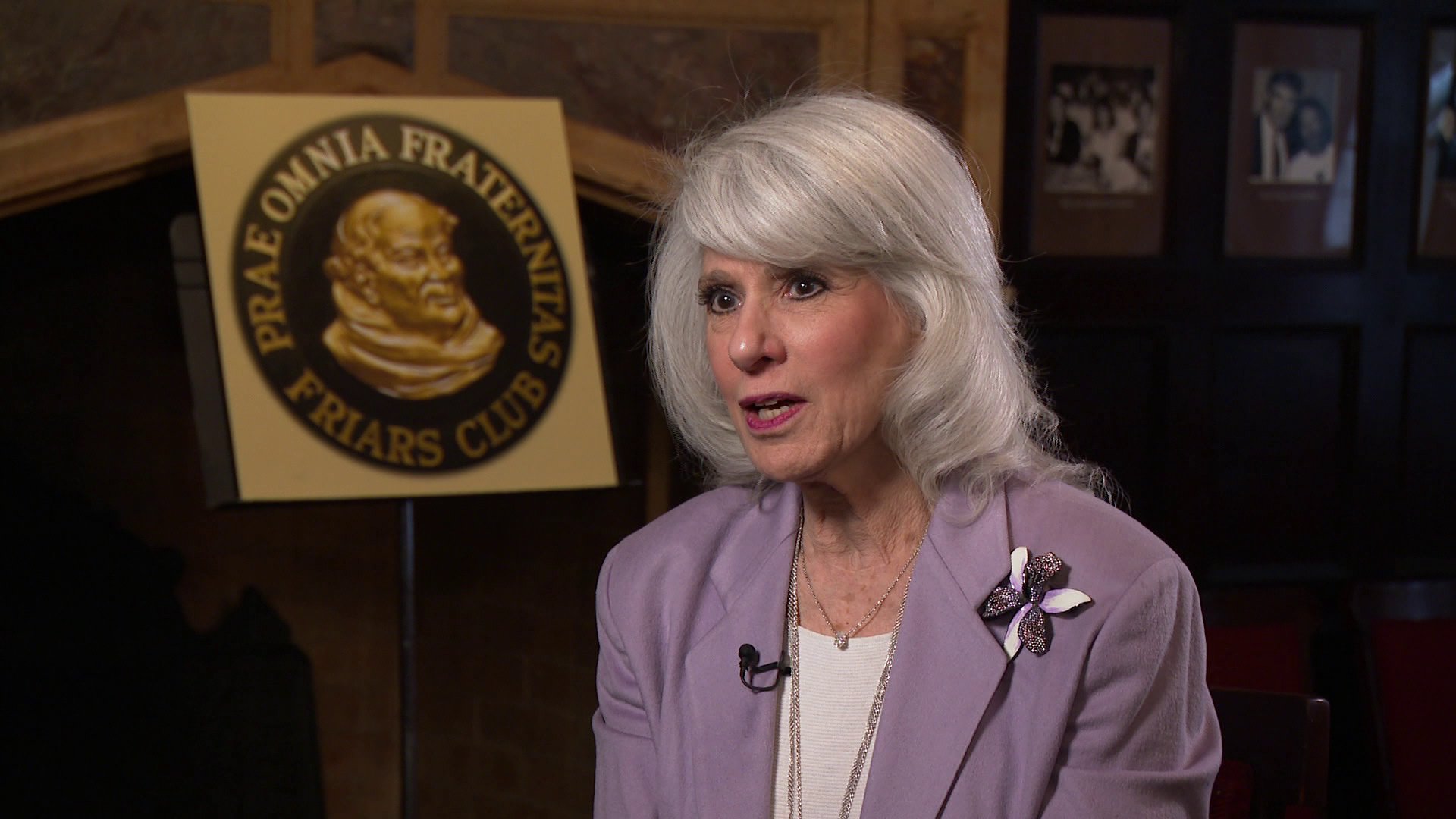 NEW YORK—It was 1988, and the New York Friars Club was a male only establishment.

Situated between Park and Madison Avenue, where it still stands, most of its members were comedians and celebrities and it was known for its risque celebrity roasts.

But that same year, things changed and the Friars Club admitted its first female members, including Liza Minnelli, Joan Rivers and Brooke Shields.

Making up that first group of eight was Jamie deRoy.

"It was heaven! All those men," deRoy exclaimed.

DeRoy was a performer, who opened up for Joan Rivers in New York and L.A..

She's also a Broadway producer with a slew of credits and three Tony Awards.

"I’m involved with some beautiful things on Broadway. "Angels in America" is just a beautiful production. "Three Tall Women" is amazing, the cast, the production itself. "The Band's Visit" is just such a special musical," deRoy gushed.

While the club was now co-ed, it still wasn’t really set up for both men and women.

And deRoy says there were some growing pains, like figuring out how women could use the club’s gym and where they were allowed to eat.

"The big round table down in the dining room at lunch was called the bach​elor table. I didn't know if I was allowed to be there. I thought it was all for single men. What it became was for if you were alone," deRoy explained.

For deRoy, the best part has been the opportunity to give back through the Friar's Foundation.

"One of my goals was to be the first woman on the board of the Friar's Foundation. We gave like 80, 90 theater grants to little theater companies all across New York," deRoy said.

Earlier this month, she was honored for her 30th anniversary as a Friar, something deRoy did not take lightly.

"There's something about being a Friar. It's almost like living by the golden rule and treating people the way you treat people with respect," deRoy reflected.

And she says it's been great to watch more women become a part of the club through the years.