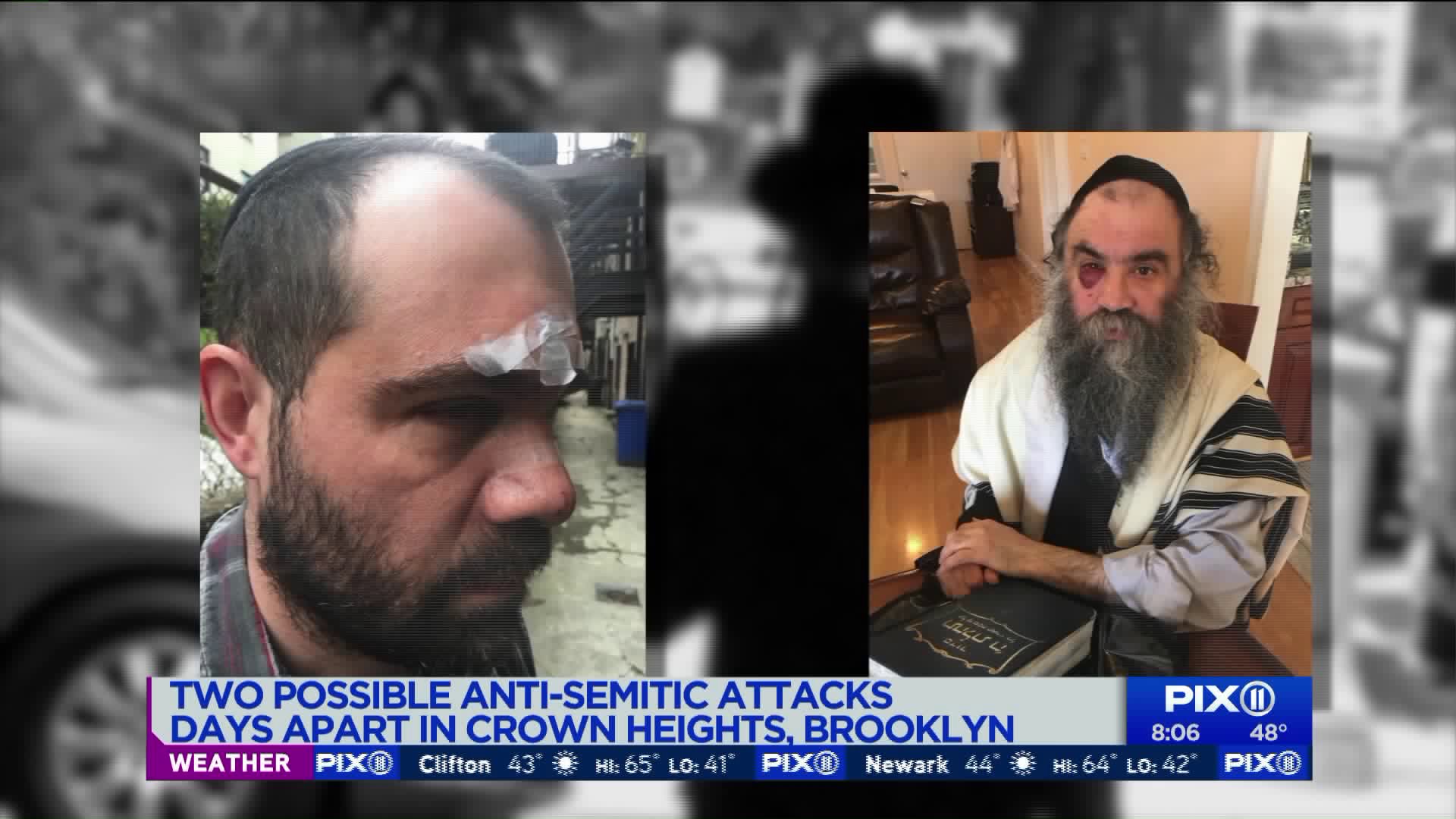 The NYPD Hate Crimes Task Force is investigating after two visibly Jewish men were attacked in Brooklyn days apart this past week. 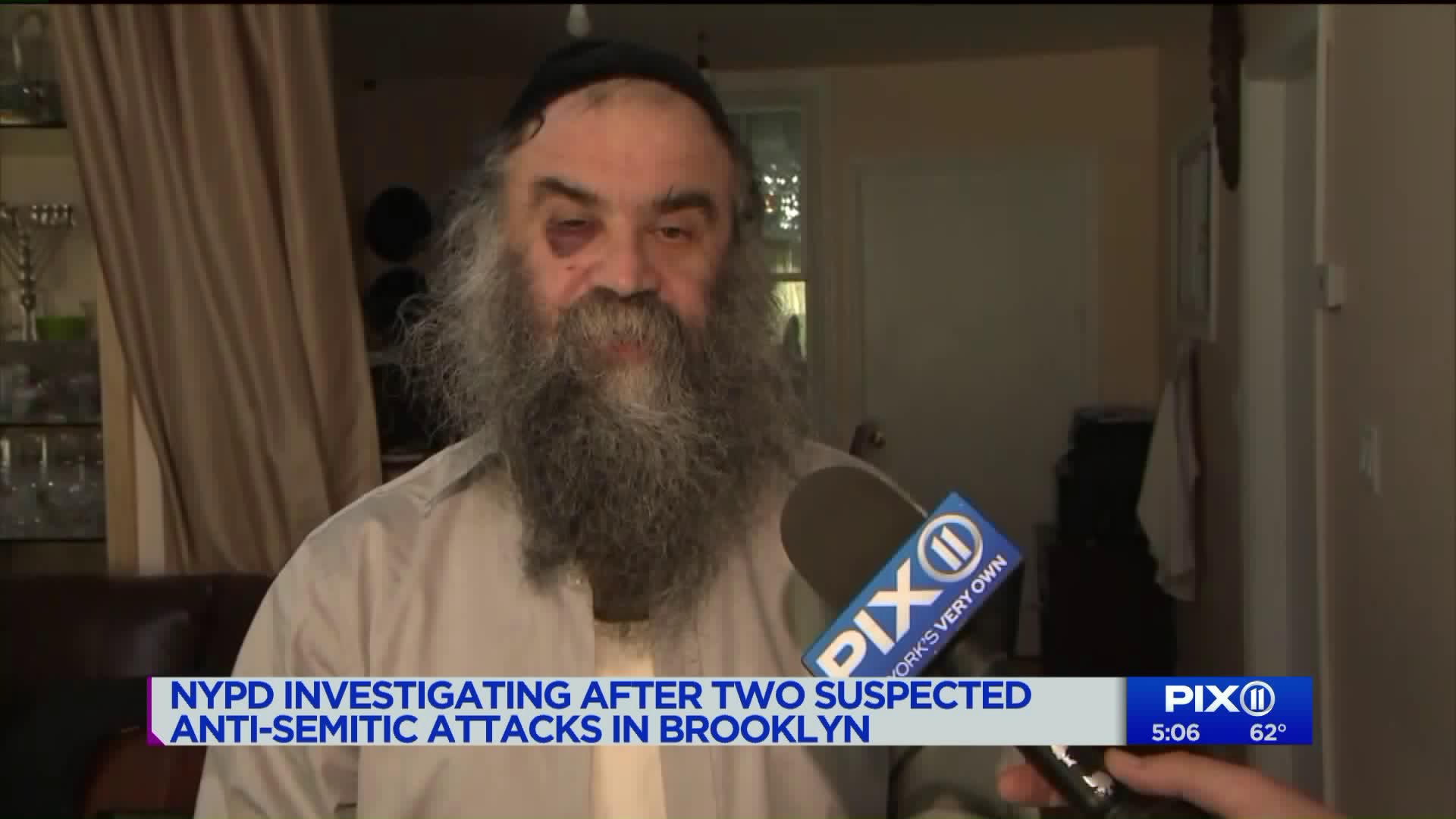 BROOKLYN, N.Y. — The NYPD Hate Crimes Task Force is investigating after two Jewish men were attacked in Brooklyn days apart this past week.

Police said the latest attack happened on April 22 around 12:30 p.m. near East 46 Street and Rutland Road. Menachem Moskowitz, 52, was leaving his synagogue when he passed a man on the street. Moskowitz said hello to the man, who then punched him in the right eye and face and attempted to choke him, according to police.

Police released this surveillance picture in the attack. (NYPD)

"All of the time he was saying 'I hate you Jews...get out of my neighborhood,'" Moskowitz told PIX11.

Cops said two good samaritans came to the his defense and helped him escape the attacker.

A 42-year-old  Orthodox Jewish man was assaulted on April 14 around 3 p.m. on Eastern Parkway near New York Avenue, according to police. The victim was jumped by a group of people and punched in the face, police told PIX11.

The Anti-Defamation League (ADL) is offering a $5,000 reward for information leading to the arrests and convictions of the individuals responsible for these attacks.

“We unequivocally condemn these senseless assaults,” ADL New York Regional Director Evan Bernstein said. “We appreciate the leadership of the NYPD Hate Crimes Task Force who are investigating these assaults as hate crimes. Hopefully these rewards will encourage anyone who may have seen something to come forward.”

“It is crucial the Crown Heights community stands together in the wake of these vicious attacks as the NYPD conducts thorough investigations," Bernstein said.