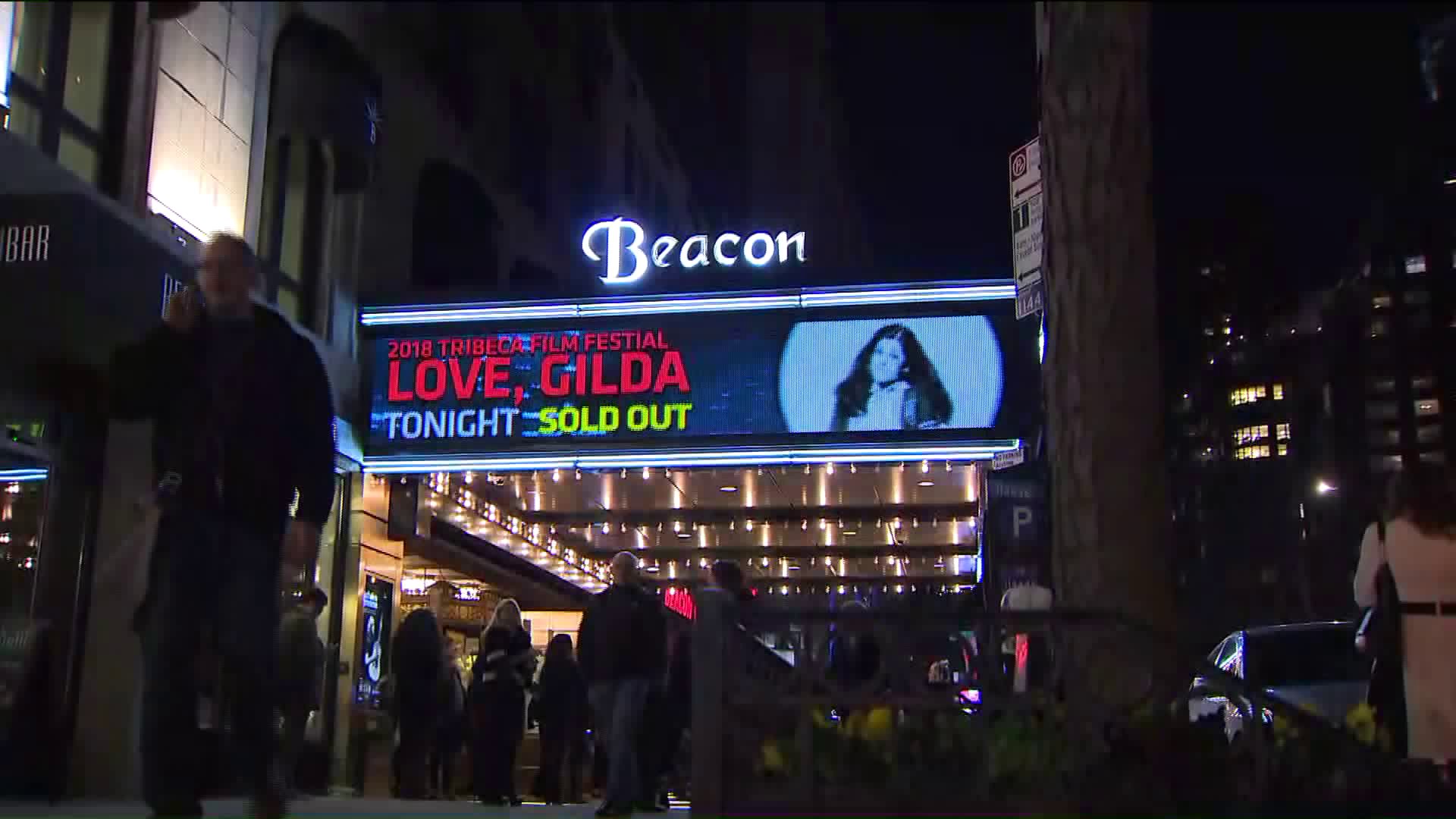 Tribeca opened Wednesday night with "Love, Gilda," Lisa D`Apolito`s documentary about the legendary comedian and "SNL" star. As a fellow New York institution, "Saturday Night Live" has been a regular at Tribeca. In 2015, the "SNL" documentary "Live From New York!" opened the festival.

UPPER WEST SIDE, Manhattan — The 2018 Tribeca Film Festival opened tonight at the Beacon Theater with a screening of “Love, Gilda,” a documentary about the beloved comedian Gilda Radner.

Radner lost her battle with ovarian cancer in 1989 at the age of 42. It’s fitting a documentary about the iconic New Yorker opens the film festival, which Robert De Niro co-founded in 2002 to help revitalize lower Manhattan after the 9/11 terror attacks.

“I want the festival to go on forever in New York and be a part of the tradition, of the fabric of New York,” said De Niro on the red carpet this evening.

“Love, Gilda” is a compilation of home movies, interviews and audio tapes, all in Radner’s own voice. It takes a look at Radner’s career and life, including her marriage to Gene Wilder.

Wilder’s nephew was at tonight’s premiere. ‘He lost Gilda too soon, as a child I lost Gilda too soon and as I grew older the most painful aspect is she had so much more to say and her voice got silenced,” said Jordan Walker-Pearlman. “I feel like Gilda has gotten her voice back and she’s being heard again and that’s the most gratifying thing.”

Lisa D’Apolito directed the documentary. D’Apolito has worked on fundraising videos for Gilda’s Club, a community organization for people living with cancer. D’Apolito, a native New Yorker, was thrilled to learn the documentary would premiere on opening night.

“When I found out, I started crying there was no other place in the world I wanted to premiere the film,” said D’Apolito. “She was an amazing iconic comedian, she inspired so many people. I’ve been inspired by her life and how she’s dealt with all these challenges in her life with humor even having stage four cancer and being able to laugh about it I think that’s an amazing quality that you can find humor, no matter what’s going on.”

Radner is best known for being one of the original cast members of Saturday Night Live. She brought to life characters like Emily Litella and Roseanne Roseannadanna.

SNL creator Lorne Michaels was there tonight, as were some of her cast mates.

“She was just a wonderful person, lovely to have around, sweet and very talented,” said Chevy Chase, who along with Radner, was part of the original season one cast.

“We got hired at SNL together, me as a musician, she a star,” said Paul Shaffer, as he fondly remembered Radner. “What she loved to do most is laugh and if you could get her in that state she was happy and she wanted to make you laugh that hard too and that was the most important thing to her.”

“The last time we saw her was at the friends and family screening of When Harry Met Sally,” said Billy Crystal, as he talked about his friend Radner. “She was as happy and strong and proud as anyone could be, in normal condition and everyone knew she wasn’t well, she just denied all of that and was out to have a good time.”

A remarkable aspect to this year’s festival is that nearly half the films are directed by women.

“I’m very honored that my film was accepted into the Tribeca Film Festival this year out of all those great films it’s just a blessing and I’m here tonight to honor Gilda,” said TV personality and filmmaker Sandra Lee.

“With the movements of Times Up and Metoo, for us to clear and want to try to get to 50 percent female voices was kind of a natural for us,” said Jane Rosenthal, co-founder of the Festival. “

The Tribeca Film Festival runs through April 29. Nearly 100 films will be shown.