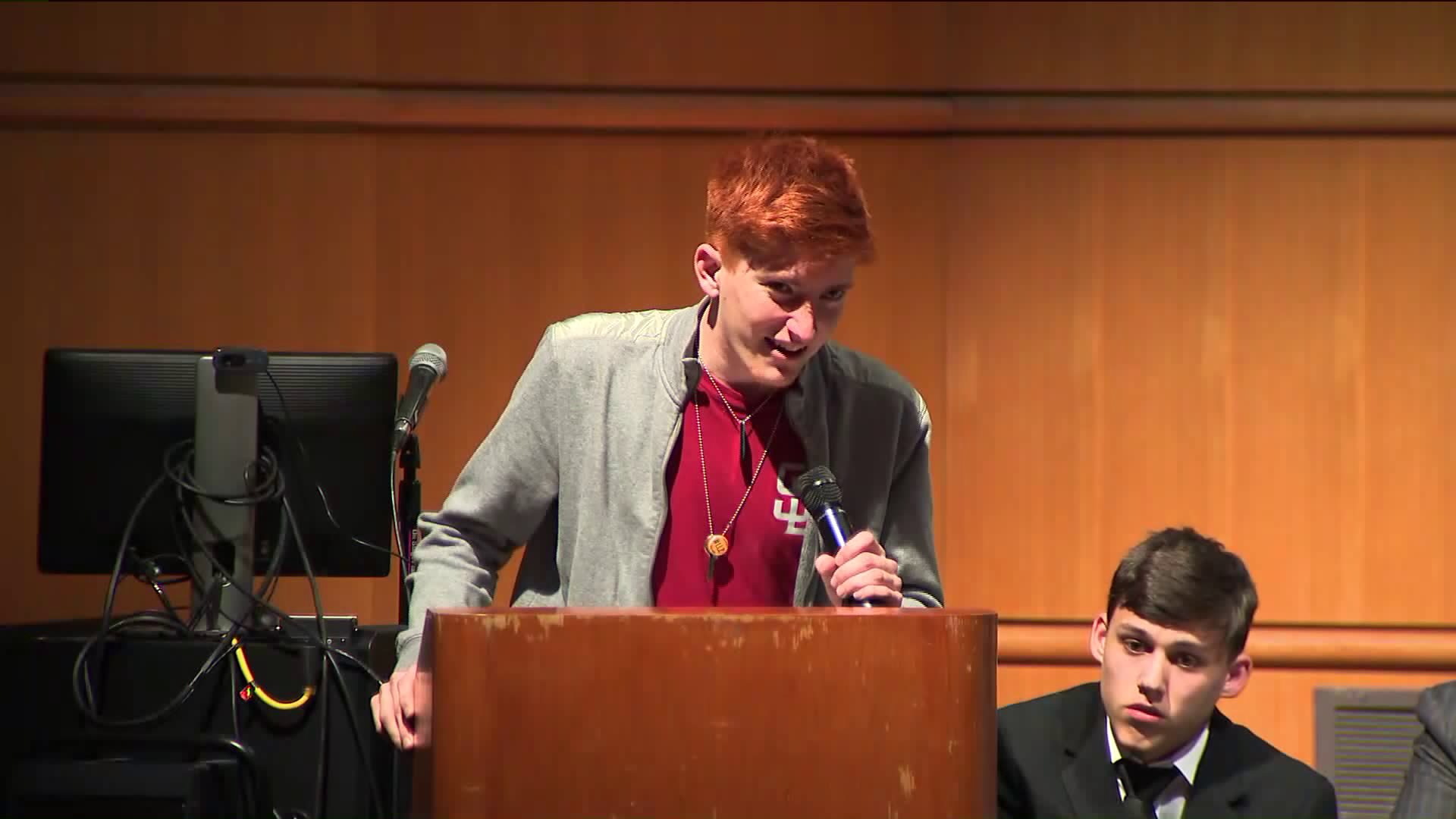 A survivor of the Parkland shooting flew in to address a gun safety town hall in Staten Island.

STATEN ISLAND, N.Y. — A survivor of the Parkland shooting addressed a town hall on gun safety in Staten Island on Saturday.

Ryan Deitsch flew into New York to attend the gun safety town hall at CUNY Staten Island. He is a senior at Marjory Stoneman Douglas High School, where 17 people were killed in a shooting on Valentine's Day. The town hall's stage was lined with the faces of the victims.

Deitsch spoke to a packed house not only about gun safety but also mental health awareness. He brought the clear backpack students at the school are now required to carry.

A school counselor for the New York City Department of Education stood up for school social workers who she said are understaffed and overworked.

"My schools budget only has enough for me to be there 2 days a week. 2 days a week. I am back to back with kids. I am in an elementary school," the counselor said.

Elected officials and candidates for November's elections were invited. Organizers chided Republican NYC congressman Dan Donovan, who they said declined to show up.

The town hall tonight was doubly used as a platform to register voters.

"Get out and vote in November. But for those who can’t...keep calling congress keep calling state legislators," Deitsch said.