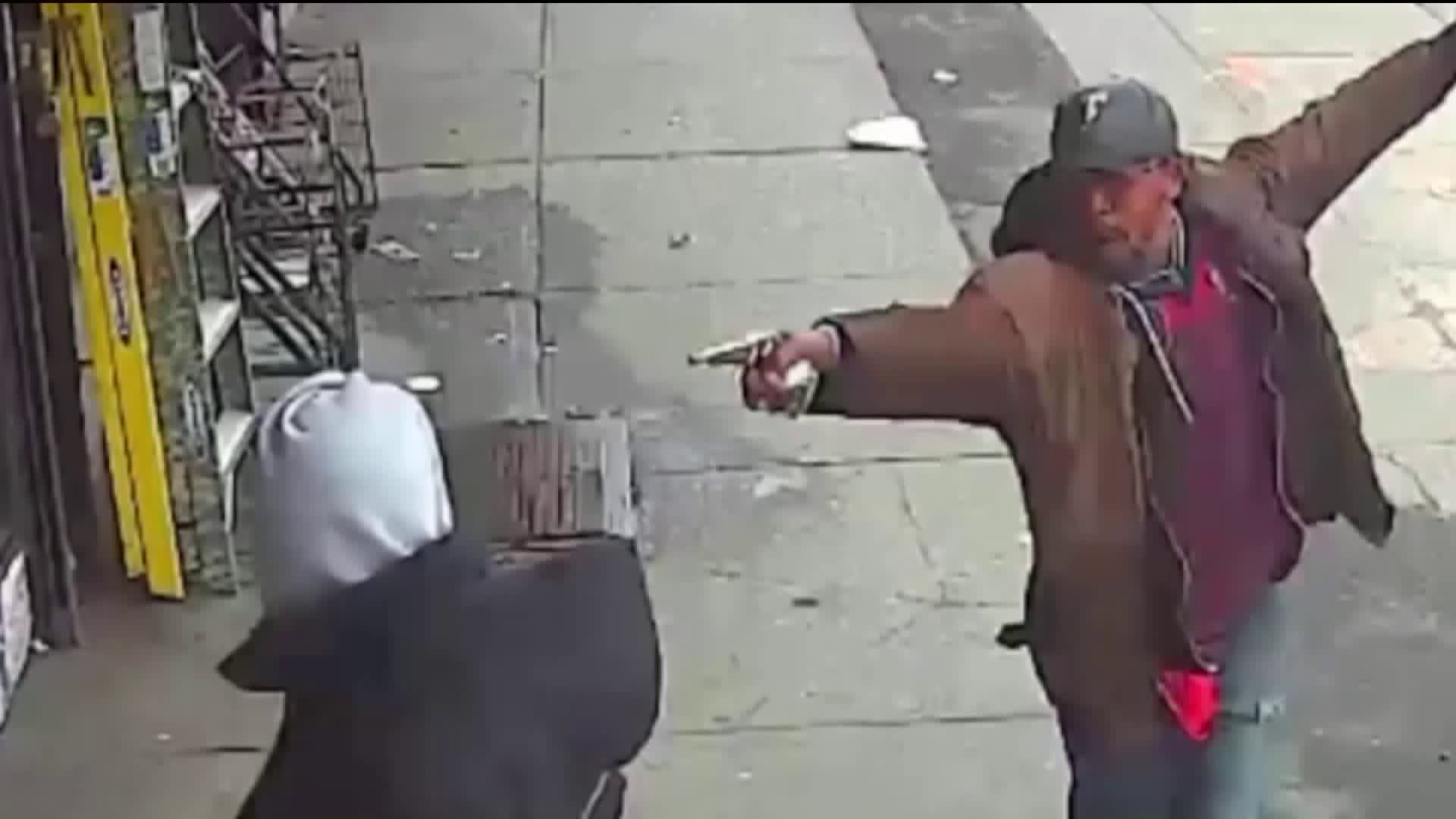 A 34-year-old father was shot and killed by police after he allegedly arimed a pipe at them.

CROWN HEIGHTS, Brooklyn — Police released transcripts of separate 911 calls describing a man carrying what appeared to be a gun in Brooklyn on Thursday.

The man police fatally shot was holding this. (NYPD)

Officers fatally shot the man in Crown Heights after he aimed at them with what was actually a pipe with a knob on the end. Four officers fired at Saheed Vassell, a 34-year-old father, 10 times.

The NYPD released additional details on the three calls they received shortly before 5 p.m. after backlash from the community over the shooting.

"There's a guy walking around the street, he looks like he's crazy but he's pointing something at people that looks like a gun and he's like popping it as if like if he's pulling the trigger," the transcript from one call reads.

Surveillance video shows Vassell pointing the pipe at multiple people. At one point he appears to have aimed it at a child.

"There is a guy in a brown jacket walking around pointing --I don't know, (to someone else) what is he pointing in people's face? They say it's a gun, it's silver," another 911 call transcript reads.

But a witness said police never told Vassell to drop whatever he was holding and family members said Vassell was mentally ill.

“Multiple reports of a man aiming a gun at citizens, that is not a garden variety situation," Mayor Bill de Blasio said after the shoting. "If that’s what officers are responding to in real time, we’ve got to recognize if they believe they are dealing with an immediate matter of life and death to the people in the surrounding area, that is an exceedingly difficult, tense, split second decision that has to be made.”

The New York State Office of the Attorney General earlier said it has opened an investigation into Vassell's death.

"We’re committed to conducting an independent, comprehensive, and fair investigation," the office said in a statement.

The full release from the NYPD is in the Twitter video below:

New video and 911 call transcript excerpts from yesterday’s police involved shooting in #Brooklyn. NYPD received several calls from neighborhood residents about a man pointing a gun at people on the street.