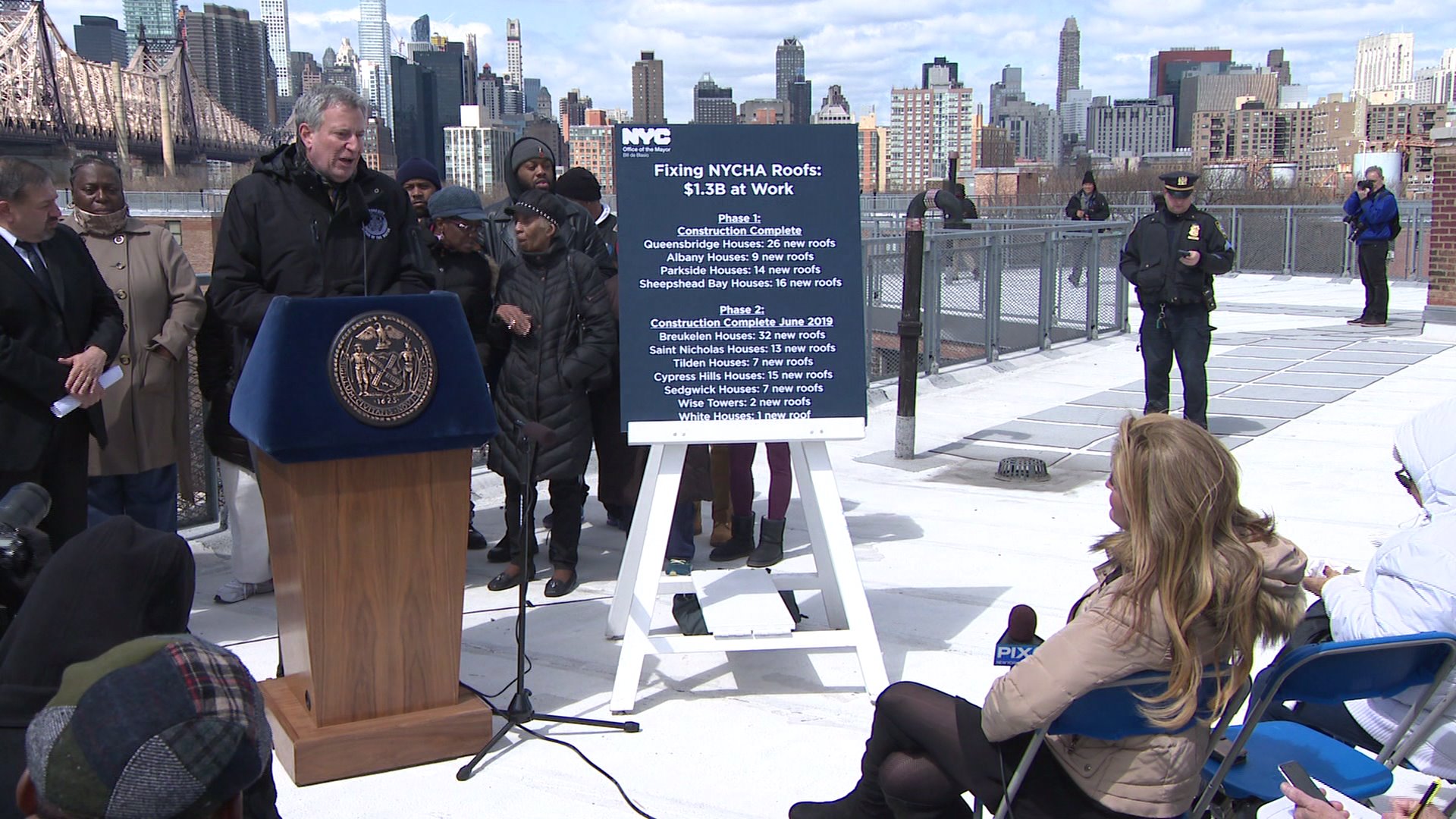 “In the last four years of this administration $2.1 billion additional in capital money were devoted to NYCHA," the mayor said. "We we’re not legally obligated to do that, we did it because it was the right thing to do. $2.1 billion that are already starting to improve the lives of NYCHA residents, and you can see it right here with this roof, and all the roofs around us."