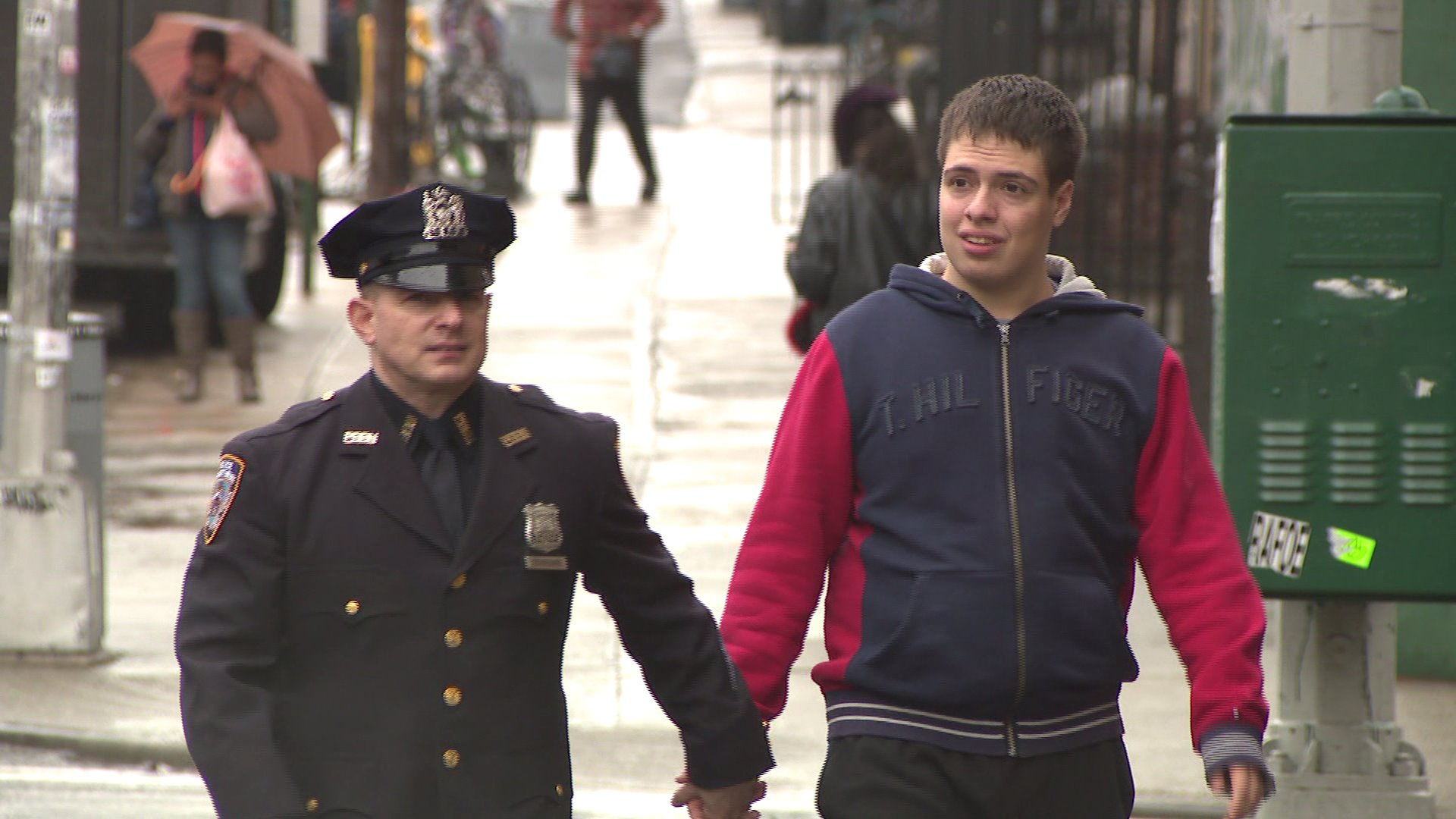 46-year-old Michael Sparacino, a 23-year-veteran of the NYPD, has been on a two-decades long journey of learning to become the best single dad he can be to his two special needs sons.

BUSHWICK, Brooklyn — This is a love story.

It’s an unusual one between a police officer and his two sons with autism.

“Usually, you think you find unconditional love in a relationship with a girl,” Officer Michael Sparacino of the NYPD told PIX11. “I found mine through my sons."

Michael Sparacino, 46, a 23-year veteran of the NYPD, has been on a two-decades long journey of learning to become the best single dad he can be to his two special needs sons.

It hasn’t always been easy.

He recalled the moment when he realized his firstborn, named after him, had autism.

“The denial hit that something is wrong,” Sparacino told PIX11. “I went crazy driving to different states, trying to find a cure."

And then his second son, Joey, born just a year later, started showing the signs.

“Oh no, not again,” Sparacino told PIX11. “It was like a sledgehammer. I didn’t have the faith to think everything will be okay."

But now this father could not be prouder of his boys, now 20 and 19.

So proud in fact that he made a moving video about his sons.

“I am in love with my two sons,” Sparacino told PIX11.

He brings his sons to his office at Patrol Borough Brooklyn North which he says feels just like an extension of his own family, where the chief and his assistant treat them with warmth and affection.

And this being National Autism Awareness Month, officers Sparacino wants to send a message to parents of children of all ages and needs.

“I just wish people would show a little more compassion, say hello, talk to these kids,” Sparacino told PIX11. “They just want to fit in."