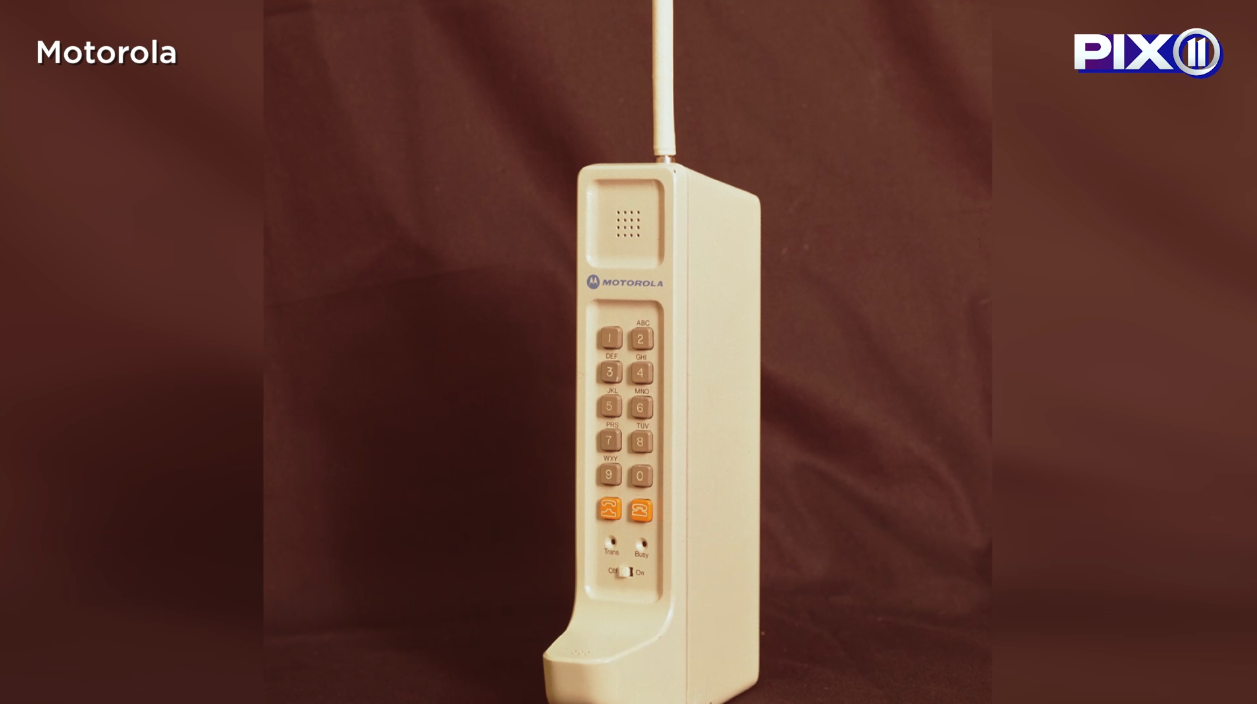 45 years ago, the first cell phone call took place in New York City on 6th Avenue outside of the New York Hilton Midtown.

For most the 1900s, AT&T had a monopoly on the phone industry. After Bell System created the car telephone in the 1940s, the idea of creating a handheld phone began taking off. At the same time that the Bell System cellular program was formed, Motorola also began developing a mobile phone prototype.

The father of the cellphone is Dr. Martin "Marty" Cooper who at the time was a Motorola engineer. In an interview with Bloomberg, Cooper said that his team began designing a model cell phone in November of 1972. Three months later, they had a working prototype.

To announce the breakthrough, Motorola planned a press conference on April 3, 1973 at the New York Hilton Midtown. The plan was to unveil the Motorola DynaTAC, but Cooper went off script and was inspired to give a live demonstration right outside of the hotel. He decided to dial his rival at Bell System Joel Engel to prove that Motorola had won the cell phone race.

To celebrate the anniversary of the first phone call, Motorola is offering limited-time deals of up to $150 off select devices. More information can be found on Motorola's website.