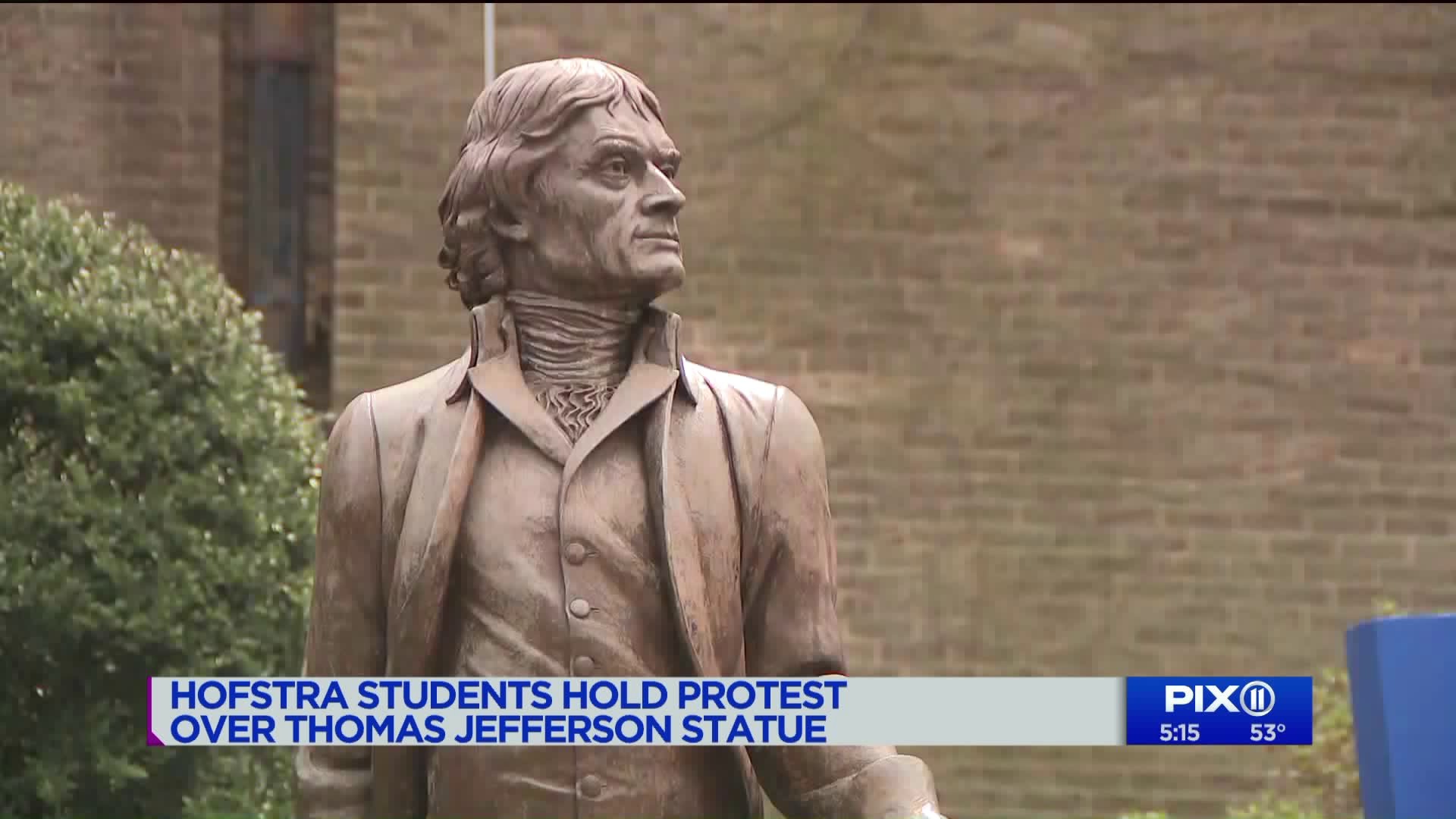 A student group at Hofstra University want a statue of Thomas Jefferson removed from campus.

HEMPSTEAD, Long Island — There were a wide range of views, two prominent agendas and one central issue at hand at Hofstra University Friday. The campus was the site of a heated debate where over 100 students attended a rally calling for the removal of a Thomas Jefferson statue that stands in a campus courtyard.

A group of students is calling for the statue of Thomas Jefferson to be removed from campus.

The reason - Jefferson was a slave owner and an accused rapist who held racist views and should not be celebrated.

“He wasn’t just a founding father, he was a monster in many ways,” freshman Robert Kinnaird said.

Junior Ja’Loni Owens launched a Change.org petition this month calling to remove the statue and in-turn igniting the debate which brought both sides to the table.

“Just because you are in a position of power or a position of leadership or people look up to you, doesn’t mean you are a good person. That’s why we’re kind of here just to remind people even if it’s not in a history book, even if you don’t want to look at it - it happened," Owens said.

Described as peaceful and productive inside, students both who supported and opposed the statue’s removal got their chance to speak. It was after the summit when students brought their protest outside, handcuffing themselves in protest.

Freshman Richard Caldwell was one of a half dozen who spoke out against removing the statue. Caldwell insists when it comes to Thomas Jefferson and his shortcomings, all the facts need to be presented and suggested protestors were cherry picking parts of history.

“Even if the Declaration of Independence, as they claim, didn’t necessarily free everyone, at that time they put forth the idea of freedom that we have today,” Caldwell said. “So everybody now is free because of a document he wrote."

According to organizers, the protest was originally scheduled to take place outside in front of the statue. It was moved inside citing security concerns. This is after conservative host Bill O’Reilly tweeted about the protest, prompting his followers to issue threats against the event’s organizer.

No incidents were reported on campus Friday.