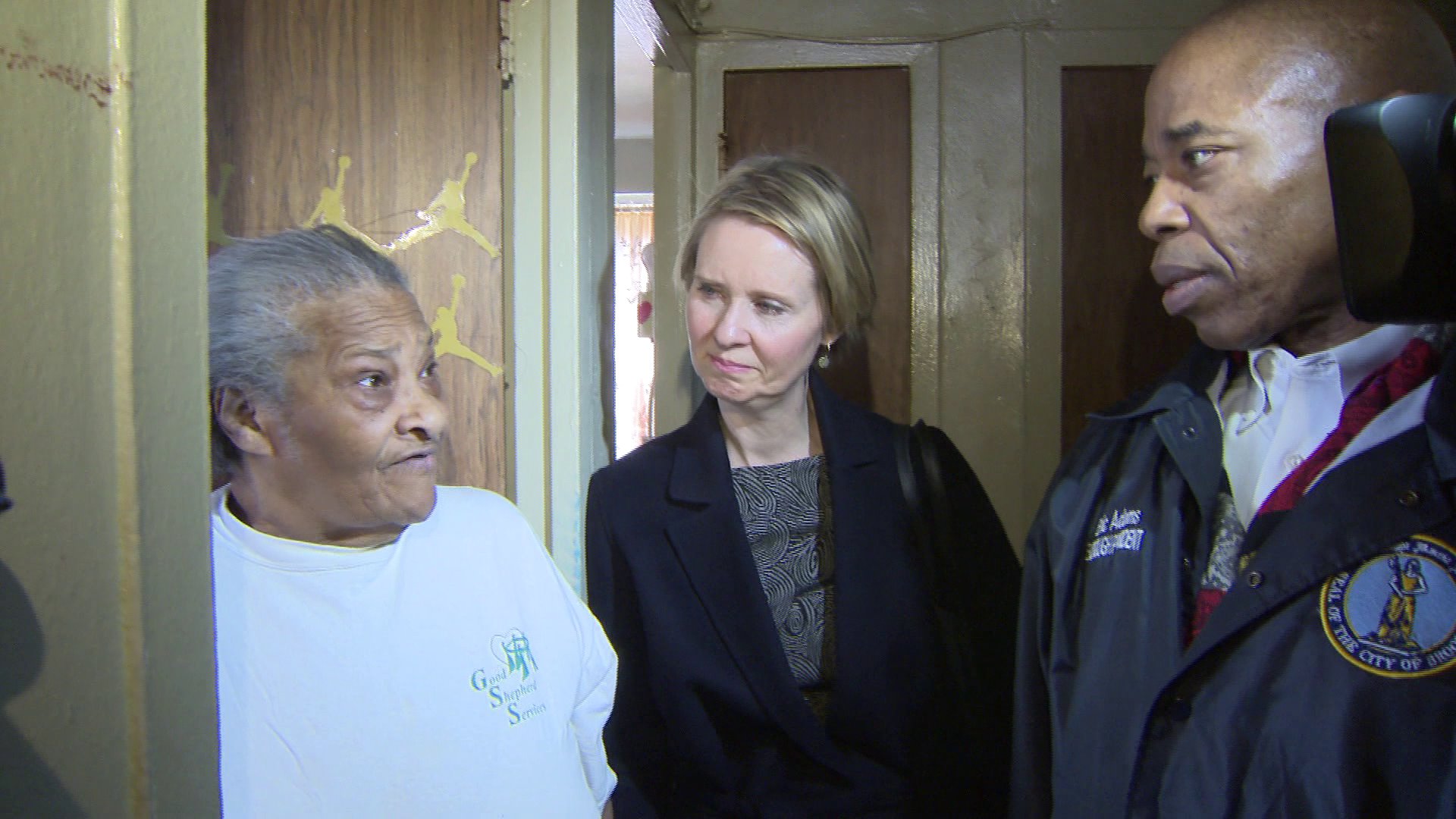 Some residents say they use the toilets while holding open umbrellas under leaking ceilings. They say holes in walls used by rodents don't get fixed for years.

Nixon says the bad conditions are "killing the residents here." She says it shouldn't be this way in 2018.

"It should be a top priority for everyone in the city," she said during her visit.

She is challenging incumbent Andrew Cuomo for the Democratic nomination for governor.

Cuomo is fighting for $550 million in state funding for the New York City Housing Authority. He said Wednesday he won't sign the state budget unless it includes "real and immediate remedies" for the authority's tenants.

"Last week Governor Cuomo pledged not to sign any budget that does not include real and immediate remedies for the people of NYCHA," a spokesperson said in a statement. "Today we reaffirm that pledge.”