Officers muted body cameras in shooting of unarmed black man in his grandmother’s backyard. Why? 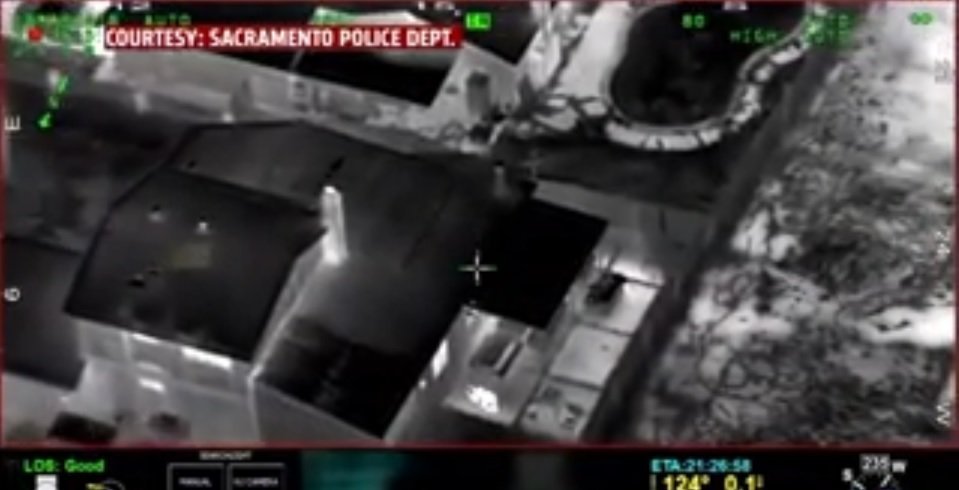 Audio and video recordings have been released of Sacramento Police Officers shooting and killing an unarmed black man in his grandparents’ backyard on Sunday night.

About seven minutes after Sacramento police fatally shot an unarmed black man in his grandmother's backyard last week, officers were instructed to mute their body cameras.

Stephon Clark, 22, was in the backyard March 18 when two police officers shot him 20 times after they mistakenly thought he was holding a gun. It turned out to be a cellphone.

The Sacramento Police Department on Wednesday released two body camera videos, the 911 call, the helicopter footage and radio traffic in the shooting.

In both videos, an officer can be heard saying, "Hey, mute." Directly after, the video goes silent and officers talk among themselves.

The shooting has sparked nationwide outrage, with the muting of the body cameras raising questions about the officers' actions. CNN has called and emailed the police department, but has not heard back.

Sacramento Police Chief Daniel Hahn told CNN affiliate KCRA that the action has added to the tension after the shooting.

"Muting is one of those things that we have to take a look at," Hahn said. "Any time there is muting on this camera, it builds suspicion -- as it has in this case. And that is not healthy for us in our relationship with our community."

When can officers deactivate body cameras?

The department policy includes 16 instances when a body camera is required to be activated, including vehicle stops and sobriety tests as well as foot and vehicle pursuits.

It says employees can deactivate their cameras in some instances, but that's based on their discretion. These instances may occur when officers are having tactical or confidential conversations, when officers are trying to conserve battery life or if a witness or victim refuses to give a statement on camera, according to the policy.

However, it's unclear whether deactivating a body camera or muting are different things.

"I think it's a policy we should look at very carefully and perhaps change entirely," Mayor Darrell Steinberg said during a news conference Friday.

Expert: Muting can be justified at times

"Just because an officer thinks this shouldn't be released," that's not a discussion officers should be having, he said. "Officers should not be having personal conversations during the course of an investigation. And that's certainly not what was going on here."

Seth W. Stoughton, assistant professor of law at the University of South Carolina School of Law, has done research, presentations and led training on body cameras for the past two years. He said he'd be surprised if muting cameras was illegal, but said he understands why officers would mute their video.

"They were in a situation where they didn't want a word to be scrutinized," he said.

The inclination among officers, Stoughton said, is not to record footage of an officer unwinding moments after a shooting because officers may not phrase things in the right way.

"I think that muting the microphone is wrong," Stoughton said. "By not capturing that information, they may be undermining the investigation."

When officers mute body cameras, Stoughton said, the public looks at it from a different perspective.

"From a public trust perspective, it may have been better to not have a body camera at all than to have it and turn it off halfway through," he said.

Body cameras provide information that the public wouldn't otherwise have, but "it's not perfect information," Stoughton said.

"The cameras served the goal that we put body cameras out for, they were on and activated during the chase and during the shooting," Noble said.