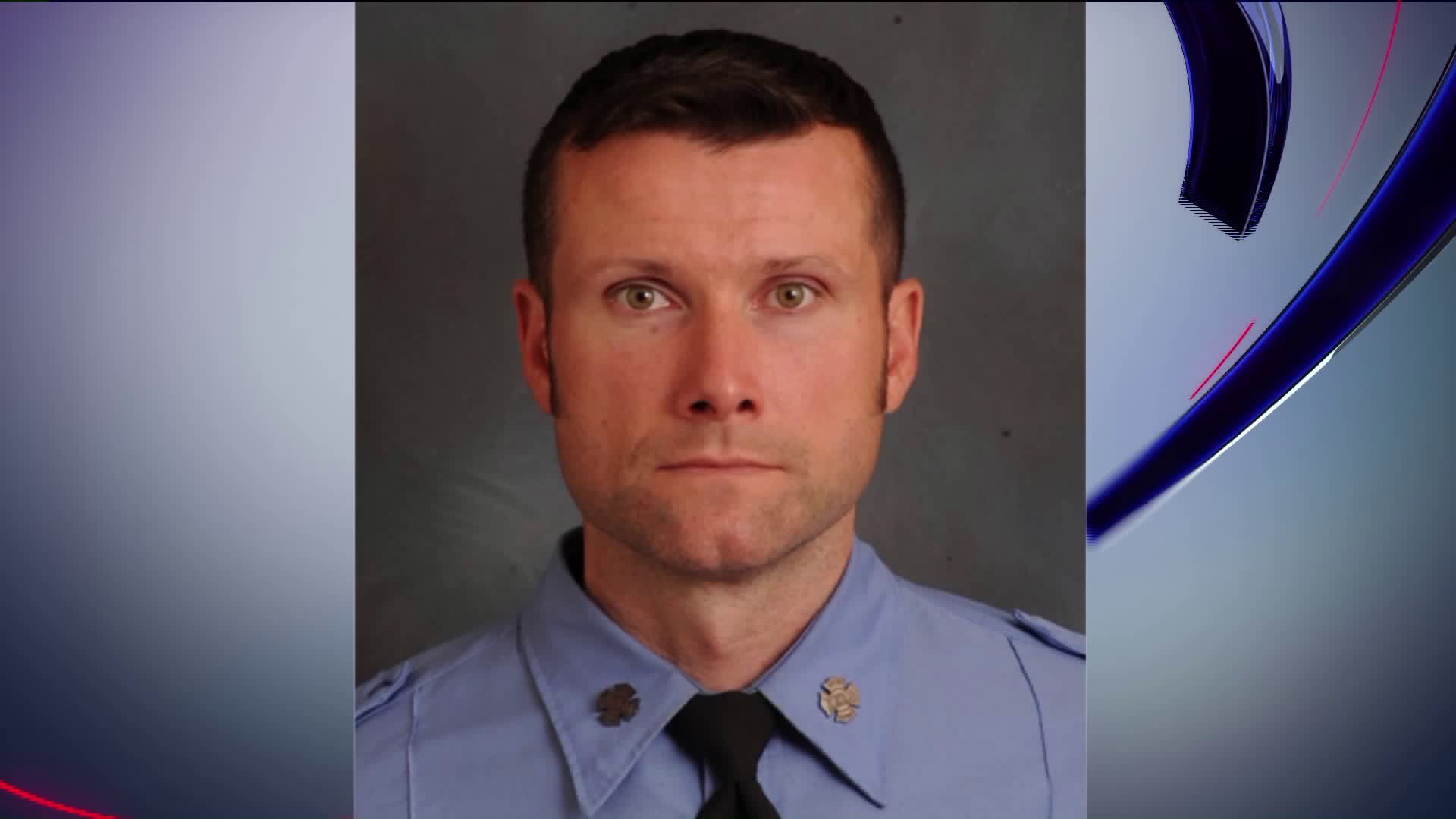 Michael Davidson, 37, was killed while battling a massive fire at a Harlem movie set 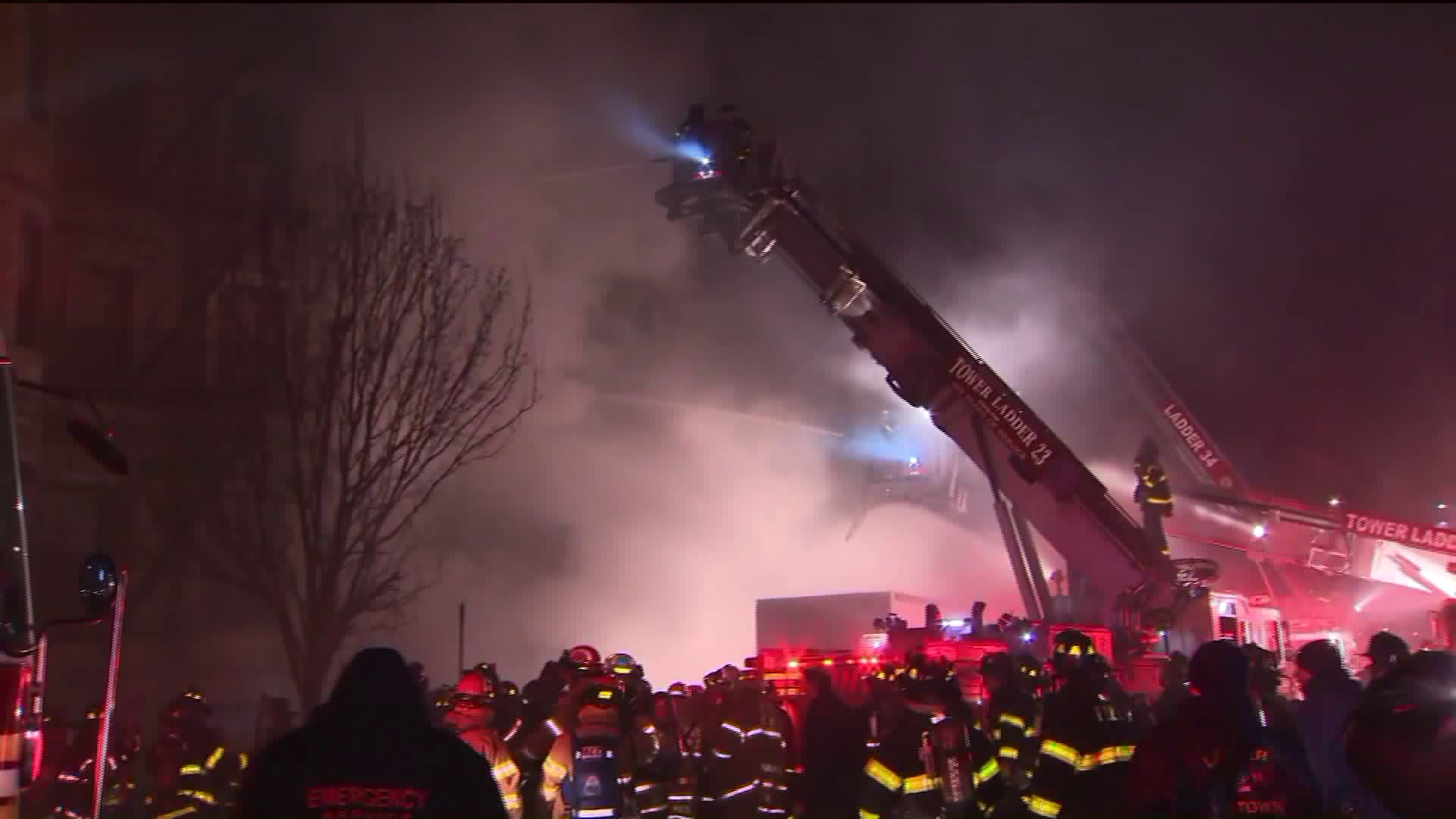 HARLEM, Manhattan — A veteran FDNY firefighter was killed, and two other firefighters and three civilians were injured, during a massive fire that consumed a historic building at a Harlem movie set late Thursday, officials said.

Michael R. Davidson, 37, a 15-year veteran of the FDNY and a married father of four, was killed in the blaze. He was among the firefighters who responded at about 11 p.m. to a blaze that broke out in the cellar of a five-story building at 773 St. Nicholas Ave., at West 149th Street, the former site of the legendary St. Nick's Pub jazz club, according to Fire Commissioner Daniel Nigro.

As conditions worsened, firefighters were told to evacuate the building, but Davidson became separated from the rest of the unit, Nigro said.

Davidson, whose job was to operate a hoseline to suppress the fire, was found unconscious and critically injured, fire officials said.

He was taken to the hospital, where he was pronounced dead, according to fire officials.

On Thursday, the building was being used to film "Motherless in Brooklyn," starring Edward Norton and Bruce Willis. The film is directed by Norton, whose production company released a statement Friday morning expressing sympathy for the firefighter's family.

“To our great sorrow, we now know that a NYC firefighter lost his life battling the blaze that grew, and our hearts ache in solidarity with his family. New York City firefighters truly are the bravest in the world.”

Davidson was the 1,150th NYC firefighter to die in the line of duty. His death comes eight days after an FDNY lieutenant and fire marshal was killed in a U.S. military helicopter crash in Iraq.

Davidson, a member of Harlem's Engine Company 69, is remembered for his dedication, Nigro said.

“Firefighter Davidson bravely battled many fires and responded to countless calls for help from New Yorkers throughout his 15 years of dedicated service,” Nigro said. “Our department and our entire city mourn this tragic loss of a very brave Firefighter.”

Davidson, who comes from a  family of firefighters, is survived by his wife and four children — three girls, ages 7, 3 and 1, and a 6-year-old son.

His father is a retired firefighter who served the majority of his 26-year career in the same firehouse as Davidson, and his brother is an 11-year veteran firefighter stationed in the Bronx, officials said.

The building was once home to the St. Nick's Jazz Pub and built in 1920, Nigro said. It is considered a "non-fire proof" building, meaning flames can spread rapidly.

In the past two weeks, movie crews put up a sign that read "King Rooster Jazz Club" outside the set, and cars from the 1950s era have lined the street outside the building.

"They started building the set two weeks ago and have been here every day," local Nathan Monroe-Yavneh told the NY Daily News.

Norton's company said the fire broke out just as the crew was wrapping up production for the day. They noticed smoke emerging from the historic building's basement, and immediately called for help.

"As soon as we noticed smoke coming up into our set, our crew immediately alerted the fire department and began alerting residents of the building even as we evacuated our cast and crew," the statement said.

The fire resulted in the loss of a true hero, Mayor Bill de Blasio and his press secretary Eric Phillips tweeted.

"This is an awful night. We’ve lost an NYC firefighter. ... Sick to my stomach," Phillips said.

The mayor plans to return from Florida, where he was set to vacation, to NYC Friday to "grieve with the family and colleagues of Firefighter Davidson," Phillips tweeted.