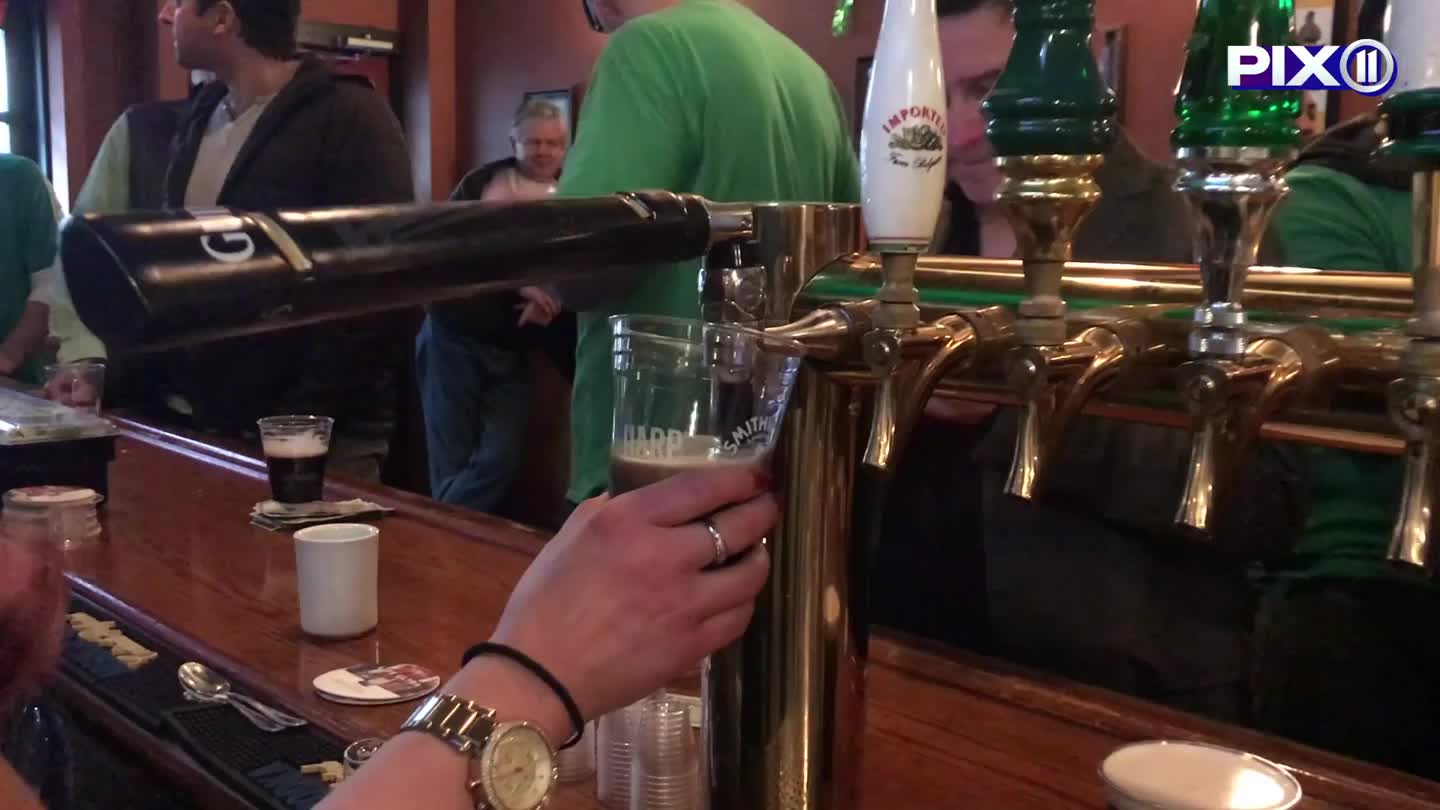 NEW YORK — The taps are open, and the lines are already long to get a pint as that famous parade of piping bagpipes amidst a sea of plaid kilts passes by all in honor of St. Patrick’s Day.

You may be wondering where exactly should you go to get your Guinness for the holiday.

Don’t worry, even if you’ve already had a few, and don’t feel up to making that decision, we got you covered.

Opening in 1854, the two choices of beer are still only a light and dark ale, served out of pewter mugs.

One of its few modern touches? Women were allowed in the bar only after 1970.

If you’re in Brooklyn, stop by the Wicked Monk in Bay Ridge.

Drinking there is almost an act of holiness — Much of the interior actually came from a monastery in Ireland.

You’re in for a real treat if you take a seat at An Beal Bocht Cafe in Riverdale.

The 17-year-old institution hosts what they claim to be the shortest St. Patrick’s Day parade.

Now in its sixth year, the miniature march goes just 47.4 feet. Participants parade in one door and then out the other.

This pint-size procession actually does a lot of good. It raises money to serve thousands of meals for the homeless.

We want to know where is your favorite pub to pour back some green beer.