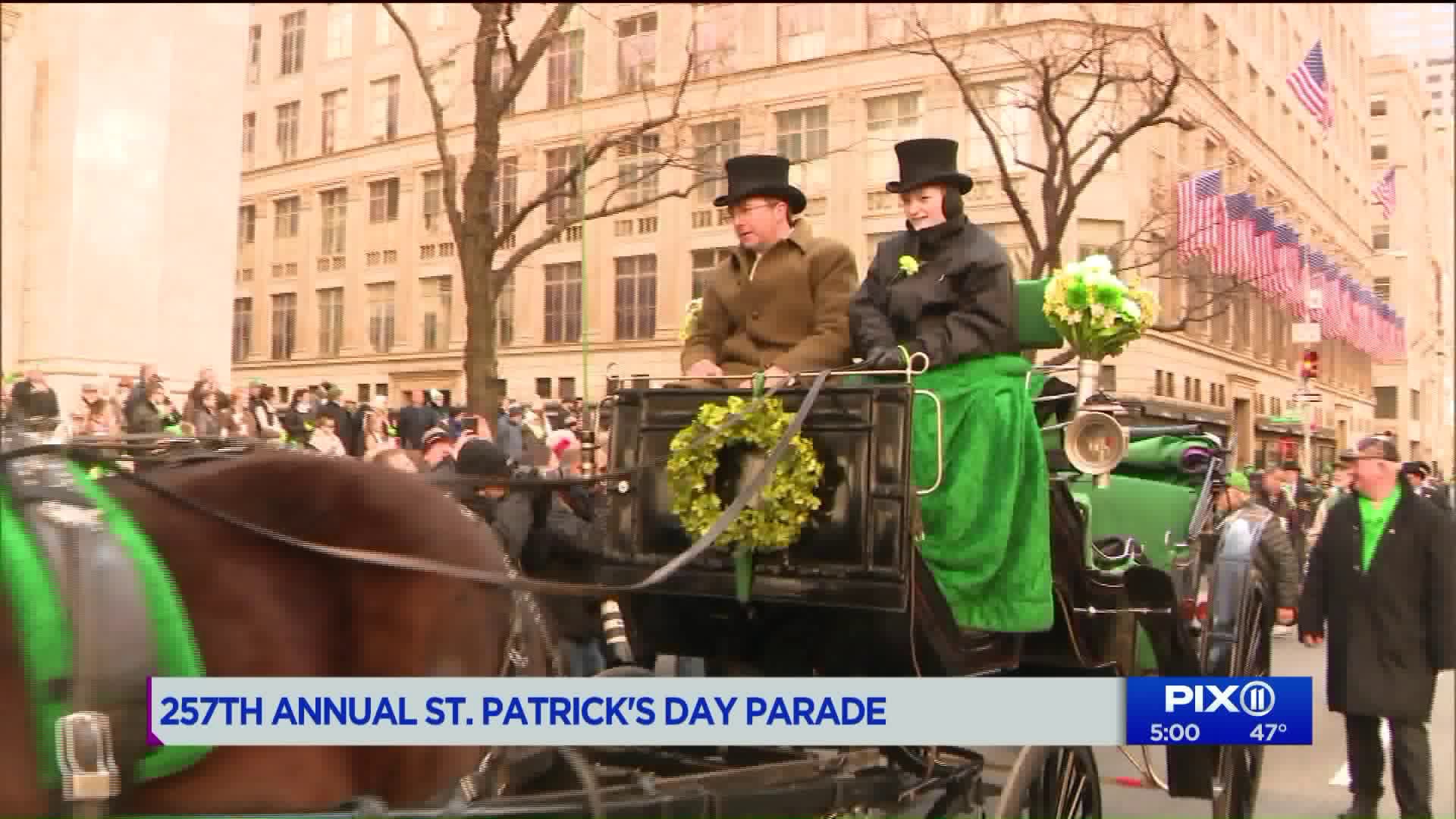 A mostly green celebration of Irish pride known for its past political controversies and its present politicians, who are all Irish, at least for one day.

“It feels great. The cardinal just bestowed [being Irish] on me and now I feel Irish through and through," Mayor Bill de Blasio told PIX11.

The parade is a celebration of those Irish Americans who contributed so much to the life of this city. The late, paralyzed police NYPD detective Steven McDonald topped this year's list. His widow, Patti Ann McDonald, walked for him in the parade.

“It’s not the same without him. I’m just happy to be here to walk for him in his memory,” she said.

It’s also day for many to remember Irish American relatives who are gone now, like my parents, and cherish those relatives still with us.

“They’ve been having the parade since 1762,” my brother Frank Hickey, novelist and retired police officer, told PIX11. “Most New Yorkers are aware of their resiliency and the sense of humor of laughter and love that the Irish bring to New York City. It would not be the same city without the Irish and the Irish Heritage."