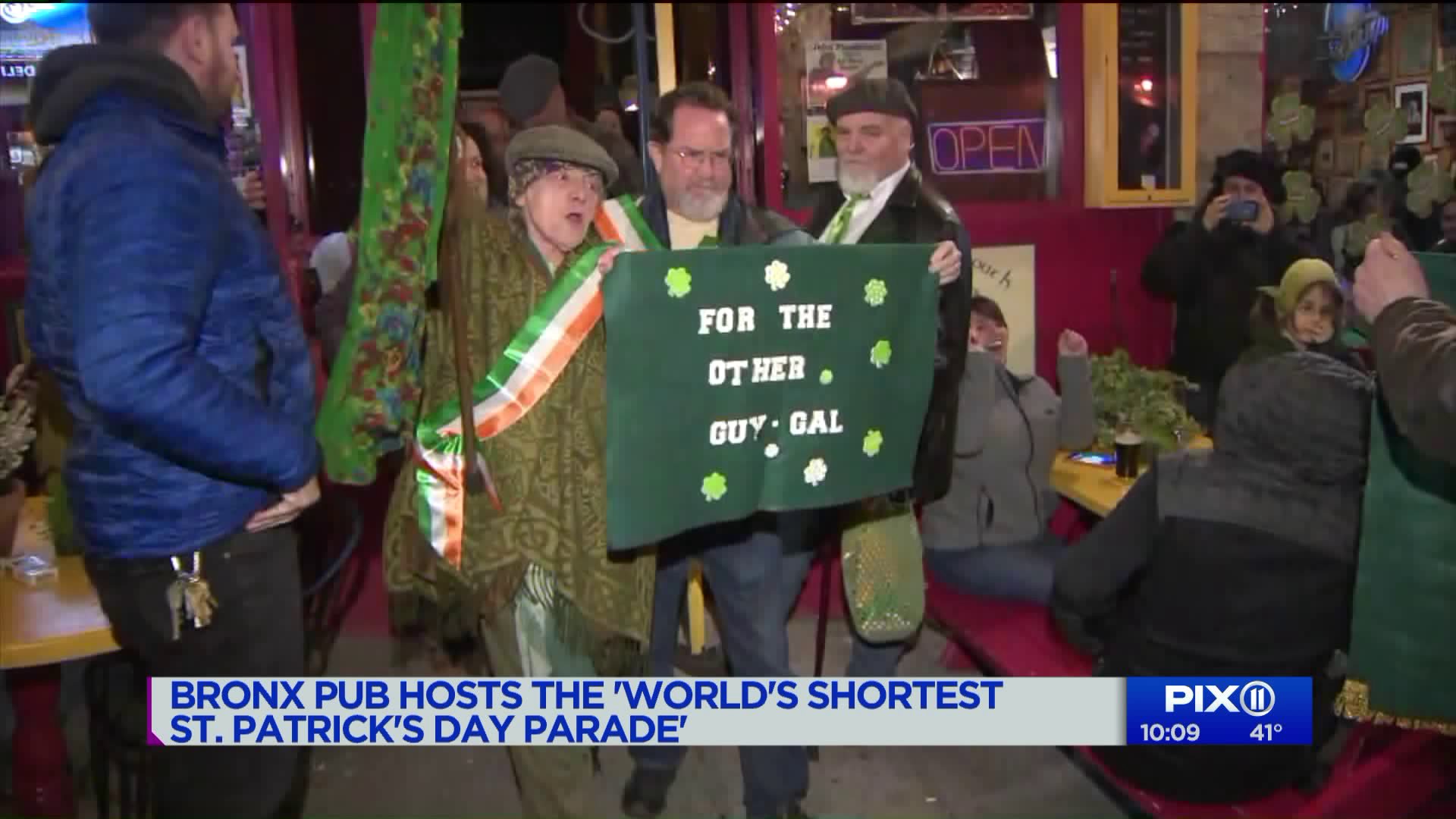 The An Beal Bocht Cafe in Riverdale hosts a tiny parade to raise money for a good cause.

RIVERDALE, the Bronx — It is arguably the shortest St. Patrick's day parade in the world.

The route stretches a wee 47 steps out one door of the An Beal Bocht Cafe in Riverdale and in the other. It's all about Irish culture and taking care of the less fortunate here at An Beal Bocht, which is Irish for "the poor mouth."

"We contribute the money to the Aisling Irish Center that does an outreach program," parade organizer Pat Harper told PIX11. The outreach program delivers food to hundreds of people in need.

The hope was to get into the Guinness Book of World Records for the shortest parade. While we did not see any officials from the book, we did see plenty of pints of Guinness being poured.