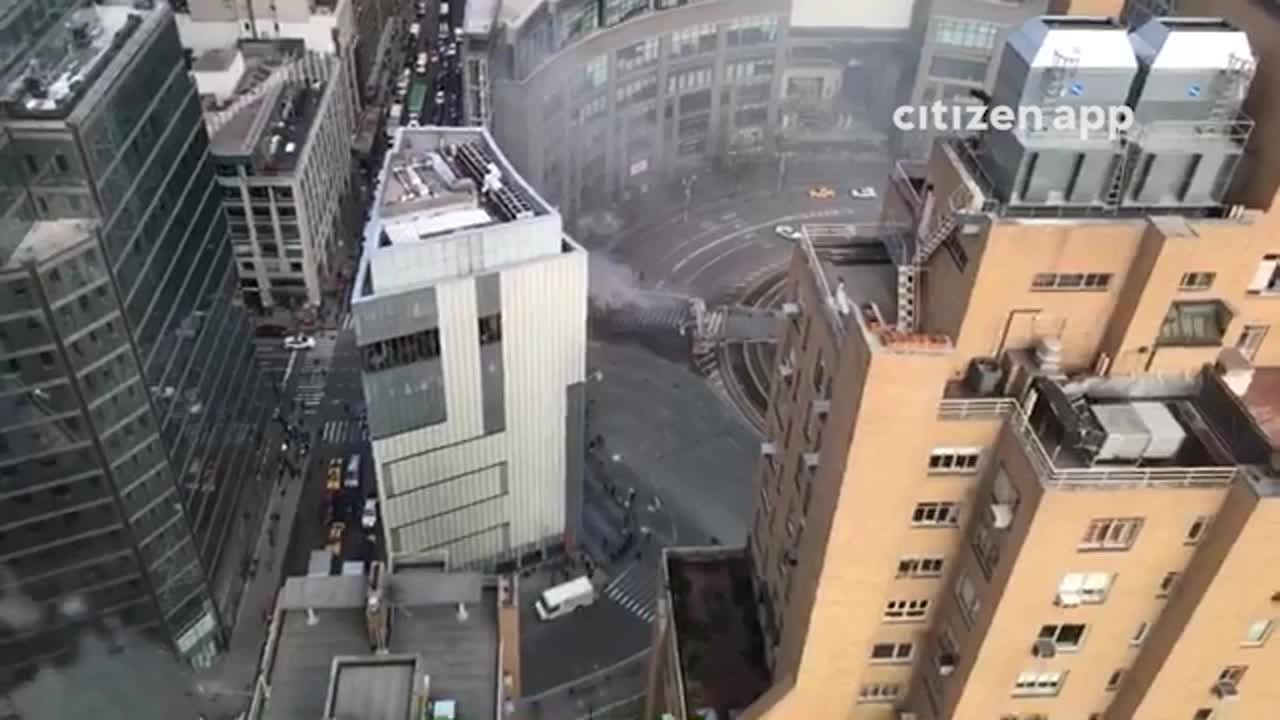 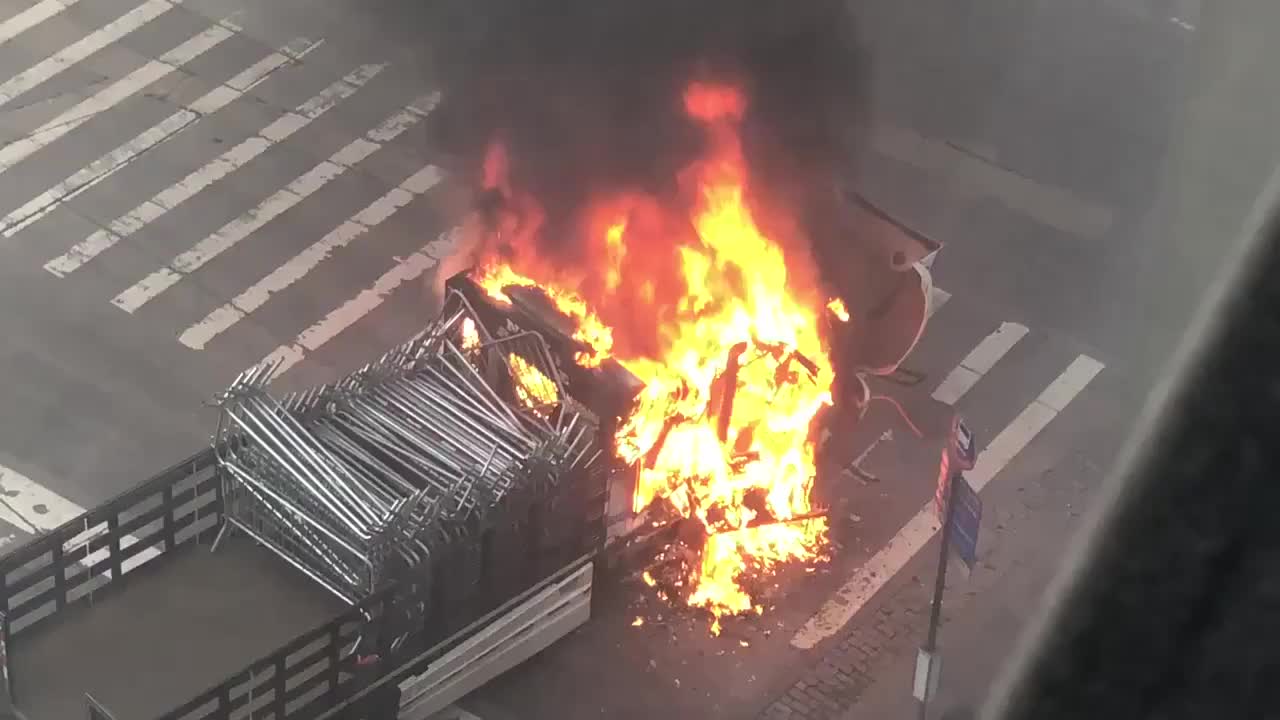 The NYPD barrier truck had mechanical problems and the engine was smoking when it caught fire around 9 a.m., police said.

No one was injured in the incident, according to police.

The fire happened outside CNN's offices, and was caught on camera by an employee — seen in video above.

Extensive traffic delays are expected in the area of Eighth Avenue and Columbus Circle because of the fire, according to Notify NYC, the city's emergency information website.

Due to a vehicle fire, expect extensive traffic delays and emergency personnel in the area of 8th Avenue and Columbus Circle in Manhattan. Consider alternate routes and allow for additional travel time. Multilingual & ASL link: https://t.co/KVVnlbeL5T