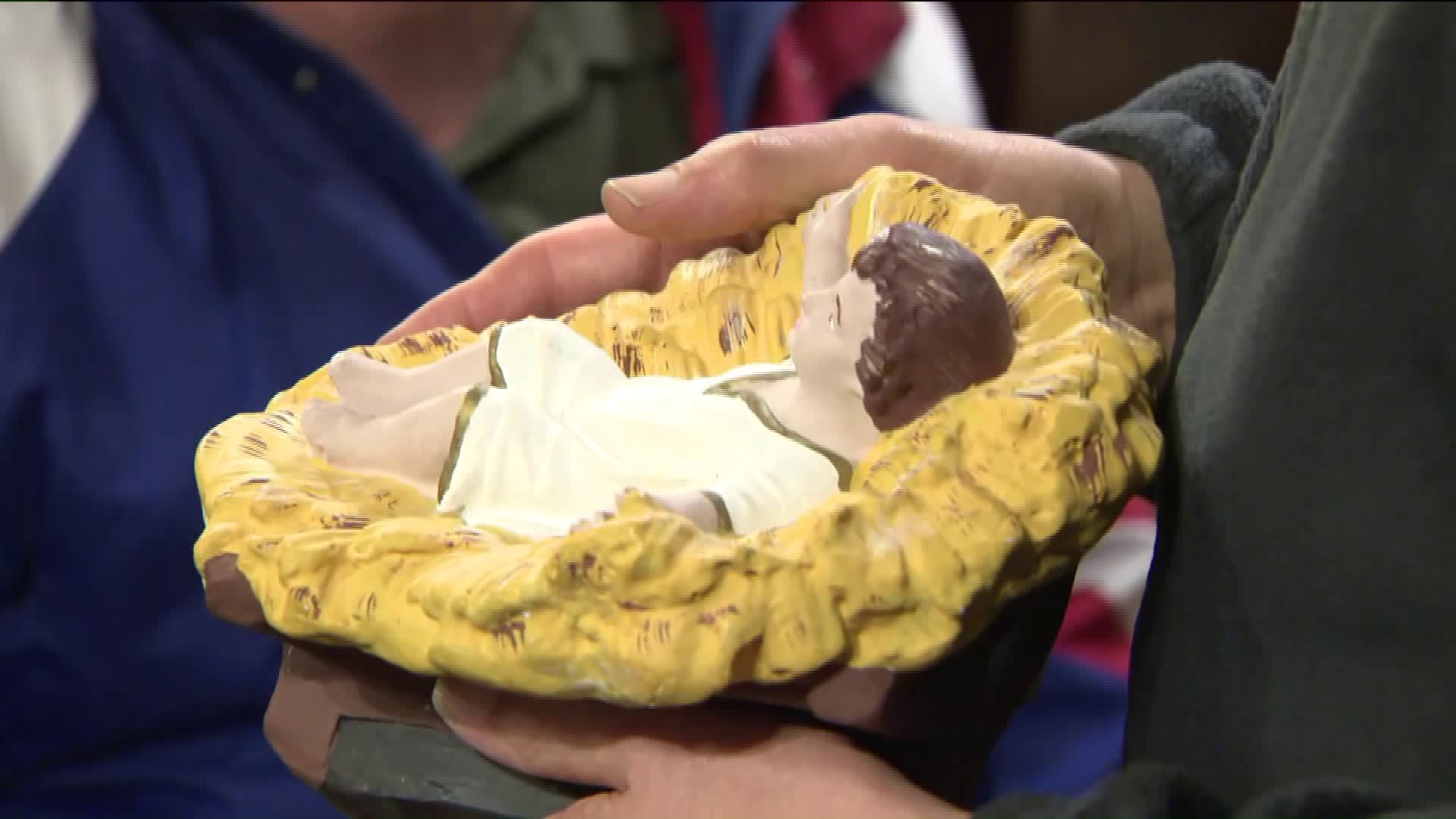 Church staff called police for what they thought was a suspicious package, but it turned out to be a baby Jesus stolen from theOur Lady of Grace Church Nativity scene about 90 years ago. It had been passed down in a family and someone in Florida decided to finally return it.

HOBOKEN, N.J. — Church staff called police for what they thought was a suspicious package, but it turned out to be a baby Jesus stolen from the Our Lady of Grace Church Nativity scene about 90 years ago.

A baby Jesus statue was returned to a church about nine decades after it was stolen.

Staff discovered the package on Wednesday. It had no return address. They brought it to the attention of Rev. Alex Santora, who had his reservations.

"Some red flags went up because it didn’t have a name -- just the church, no return address," Santora said.

He called Hoboken Police and the department sent members of the Emergency Service Unit over.

An officer used a heat-detecting device to scan the box. Once it was clear there was nothing incendiary inside, the box was opened.

"He very gingerly slices it open," Santora said about the officer.

They found the baby Jesus statue and a note.

The unsigned note shared how the stolen statue had become something of an heirloom.

"My Mom told me that the Baby Jesus had been stolen from the church Nativity display at Our Lady of Grace when she was a young girl of about twelve years of age in the early 1930's," the note reads. "It came into her father's possession somehow, and I don't know why he didn't return it. Instead, he gave it to my Mother after she was married, and she too kept it until her passing when it came to me."

The owner felt it should be returned to the church and mailed it to New Jersey.