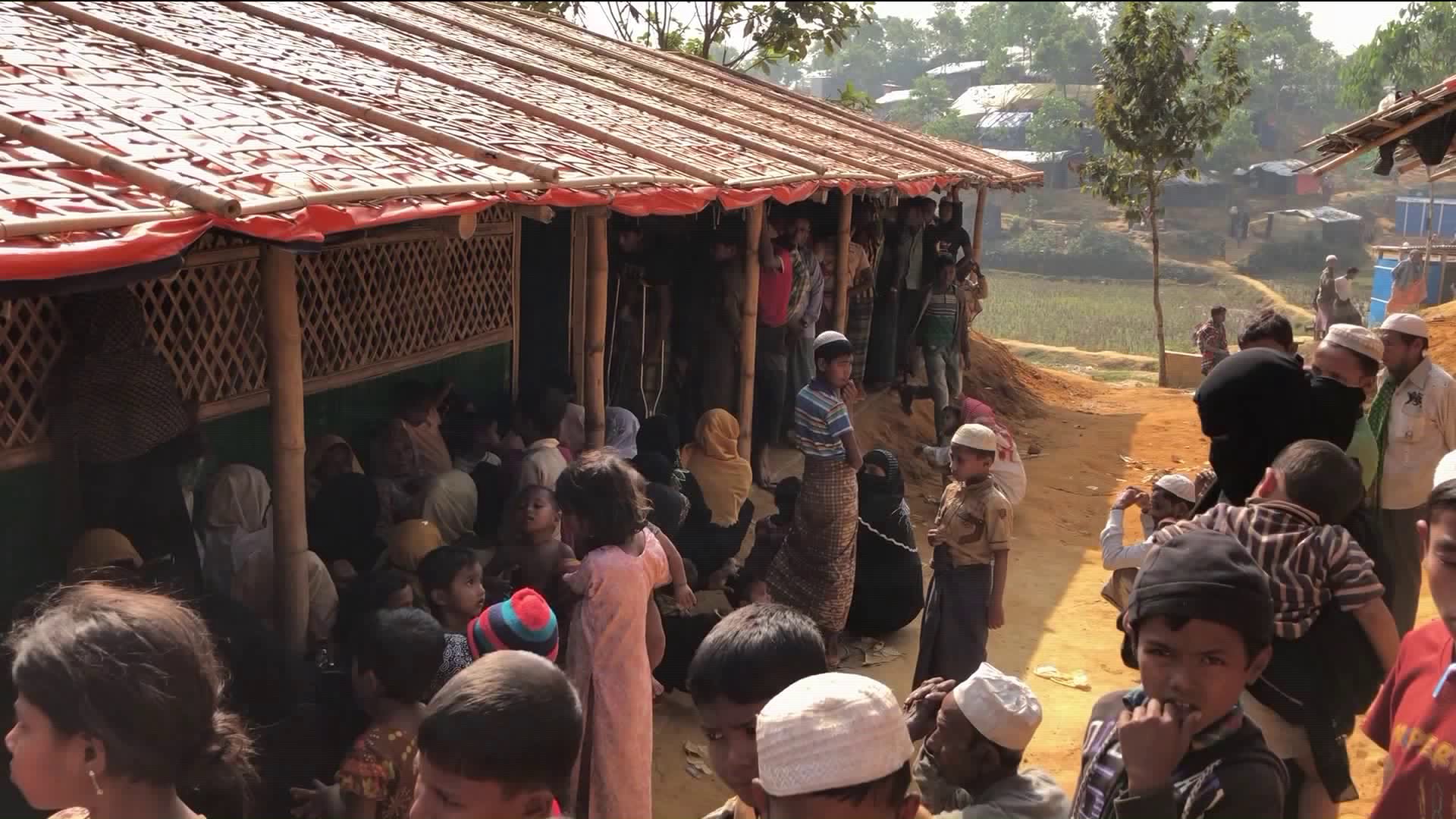 Just one hour from Cox`s Bazar,a popular beachfront tourist destination in neighboring Bangladesh,you will find crowded refugee camps.Since 2016,this mass exodus of Rohingya,a small ethnic minority group from Myanmar, has beenwitnessed by more than 150 international aid organizations from more than 50 nations. Yet,stabilityand a sustainable future still appears out of reach for the hundreds of thousands who have fled the only home they know.

There, you found the doctors and volunteers of IMANA, the Islamic Medical Association of North America

“It’s the same stories. They’re all leaving in the middle of the night and they take nothing,” said Doctor Neghae Mawla.

After only his third day on a medical mission with IMANA, Dr. Mawla, who is in Bangladesh from Texas, said he is overwhelmed and he is not alone.

Since 2016, this mass exodus of Rohingya, a small ethnic minority group from Myanmar, has been witnessed by more than 150 international aid organizations from more than 50 nations. Yet, stability and a sustainable future still appears out of reach for the hundreds of thousands who have fled the only home they know.

Sardar escaped Myanmar with a gunshot wound to the leg.

He explained how soldiers in the country shot him, but not before they burned down his home.

The Rohingya escape for sanctuary came after what the United Nations calls “textbook ethnic cleansing.”

Torture, execution and rape are the countless horror stories being reported. Witness accounts of these attacks point fingers directly at the government forces of Myanmar.

IMANA doctors and volunteers spread their efforts between three of the most densely populated camps - Kutupalong, Balukali and Thiangkali.

It is a nearly two-mile trek to the medical clinic set up on the January day PIX11’s Narmeen Choudhury traveled to Thiangkali.

The air is thick and it is dusty and from the very onset of my walk it is evident, life is not easy here.

The Bangladeshi government hastily cleared away acres of forests to make room for these camps.

Their shelter consists of bamboo siding many Rohingya have built themselves and their walls are simply lined with tarp.

Many aid workers said there was little long-term planning, which is why so many are scrambling now.

Soon, the monsoon rains will come. There is a fear of mudslides and the spread of dangerous diseases if shelters aren’t upgraded and if proper drainage systems aren’t installed.

Doctors with IMANA said they see hundreds of patients a day and the line never slows down and doctors take no breaks.

Dr. Tasneem Hoque from New York describes her feeling of helplessness, ”Just profound sadness at the desolation of the population here.”

The initial flow of patients suffered from severe injuries as a result of the violence they escaped, but doctors said the medical need shifted.

While they see plenty who need basic medical care, it is the ones who have severe anxiety and clear signs of posttraumatic stress disorder who are becoming the most worrisome.

If you’d like to help the Rohingya refugees, click on the links of several organizations working around the clock in the camps in Bangladesh.