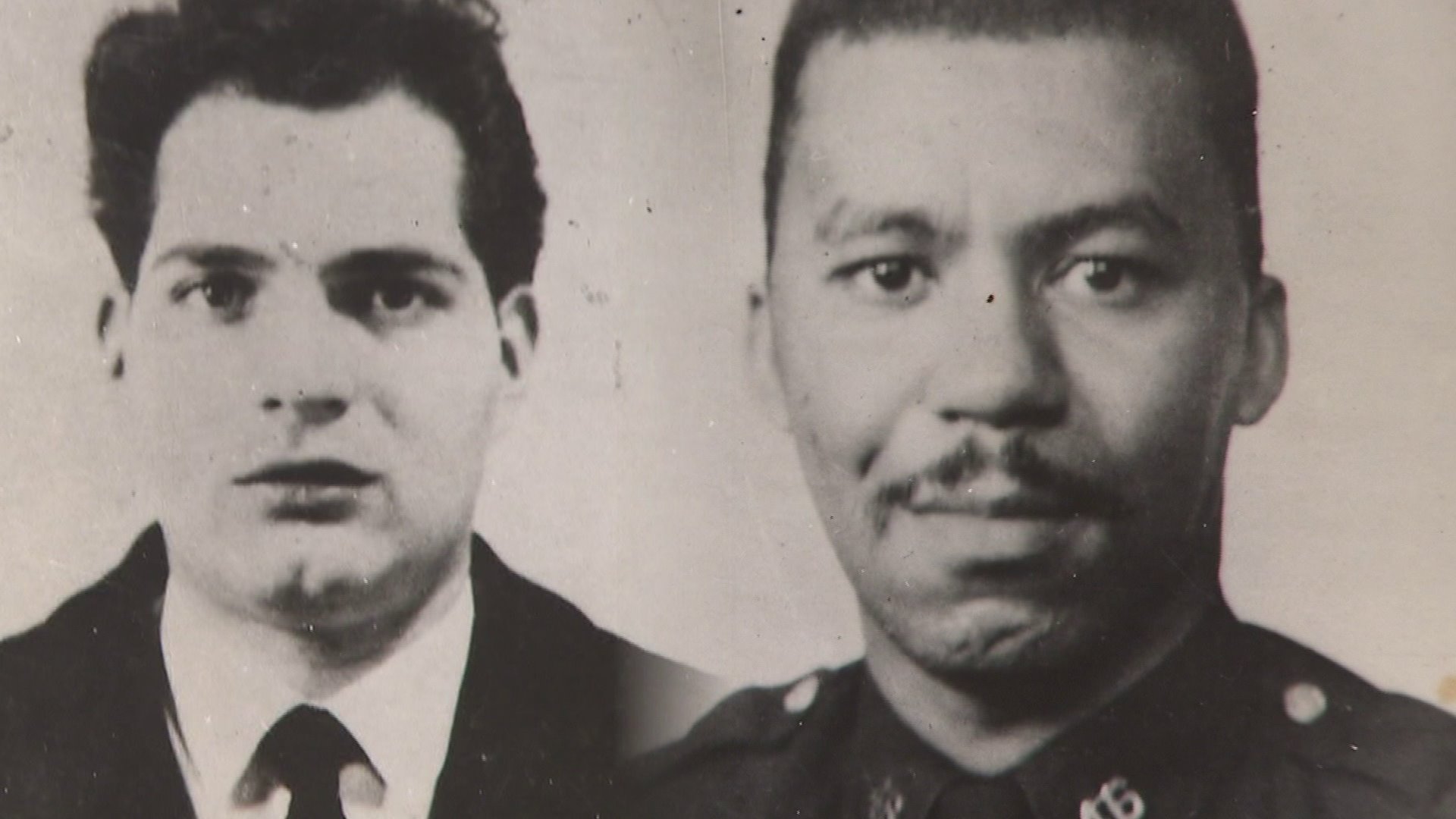 Every two years, Diane Piagentini rips opens a scab, as she puts it, to keep Herman Bell behind bars for the murder of her NYPD husband, Joseph Piagentini, in 1971. This report aired in 2012.

NEW YORK — Herman Bell, a member of the radical Black Liberation Army who was captured and convicted of assassinating two NYPD police officers in 1971, was approved for parole Wednesday.

The news stunned the families of Officers Waverly Jones and Joseph Piagentini, both young fathers when they were killed, after being lured to a Harlem housing project with a phony 911 call.

“We are angered and sickened,” Piagentini’s widow, Diane, said in a statement Wednesday, pointing out that Bell “continued to shoot my already wounded husband, Joseph, while he pleaded for his life for the sake of his family.”

PIX11 was trying to reach the family of Officer Jones, as well, on Wednesday afternoon.

Piagentini  was 27 and the father of two little girls when he was assassinated. Jones had three children. Piagentini was white and Jones was black.

During a 2012 interview with PIX11, Diane Piagentini observed: “The slogan of that time was ‘a pig is a pig.’ It wasn’t about the uniform. It didn’t matter if they were white or if they were black.”

Three members of the BLA were convicted in the executions.

Officer Jones was killed instantly. As Diane Piagentini pointed out, her husband had survived the initial onslaught of bullets and then begged for his life, after being shot 12 times with the killers’ weapons.

Bell - now 70 - was convicted of taking Piagentini’s own police-issued gun and finishing the cop off, by pumping more bullets into him.

“They found 22 bullets in my husband’s body,” Piagentini’s widow, Diane, told PIX11 in 2012, during a report about parole hearings for convicted cop killers.

Herman Bell had denied involvement in the shootings for many years, claiming he was framed, but after years of unsuccessful parole hearings, he finally admitted culpability during a hearing in 2012.

Diane Piagentini had been giving victim-impact statements at every parole hearing since 2000.
The most recent was in January this year.

Waverly Jones and Joseph Piagentini were the first victims in a wave of police assassinations in the 1970s.
The gun used in their murders was dug up on a Mississippi farm several years later.

Herman Bell was captured in 1973, after two years on the run. He’s been in custody for 45 years.

Last fall, a New York State corrections officer was suspended, after Bell said the guard assaulted him. Photos emerged showing Bell with a black eye. Bell had long argued he was a model inmate, earning bachelor’s and master's degrees in prison.

“There are no words to express our anger and disgust that they have granted release to a cold-blooded cop killer who successfully gammed the system in two states to win his freedom. Herman Bell, a domestic terrorist and member of the Black Liberation Army, is responsible for the death of three, fine law enforcement officers: Police Officers Joseph Piagentini and Waverly Jones in NYC and Sgt. John Young in San Francisco. His release on parole is a painful affront to the families of every police officer who has sacrificed his or her life in the line of duty.”

Lynch pointed out that Bell and his co-defendants were convicted during a time when there was no death penalty in New York and no statute that permitted life without parole.

The law has since been changed in New York State to permit a sentence of life without parole for defendants convicted of killing law-enforcement officers.

Susan McCormack, president of the police widows’ group known as Survivors of the Shield, also sent PIX11 a statement.

“The families of the fallen NYPD officers are appalled and distressed at the parole of cold-blooded murderer, Herman Bell. His release strikes at the hearts and souls of all of us who have lost an officer in the line of duty.”

Diane Piagentini said the Parole Board commissioners should lose their jobs.

“They should be fired and should never be allowed to sit in judgement again. The message being sent devalues the life of my brave husband who was taken from his two daughters and for whom there is no parole. How can we ask our police officers to risk their lives to protect society when society fails to appropriately punish their animalistic killers?