Seniors push for affordable housing in NYC, say they shouldn’t have to pick between food or homes 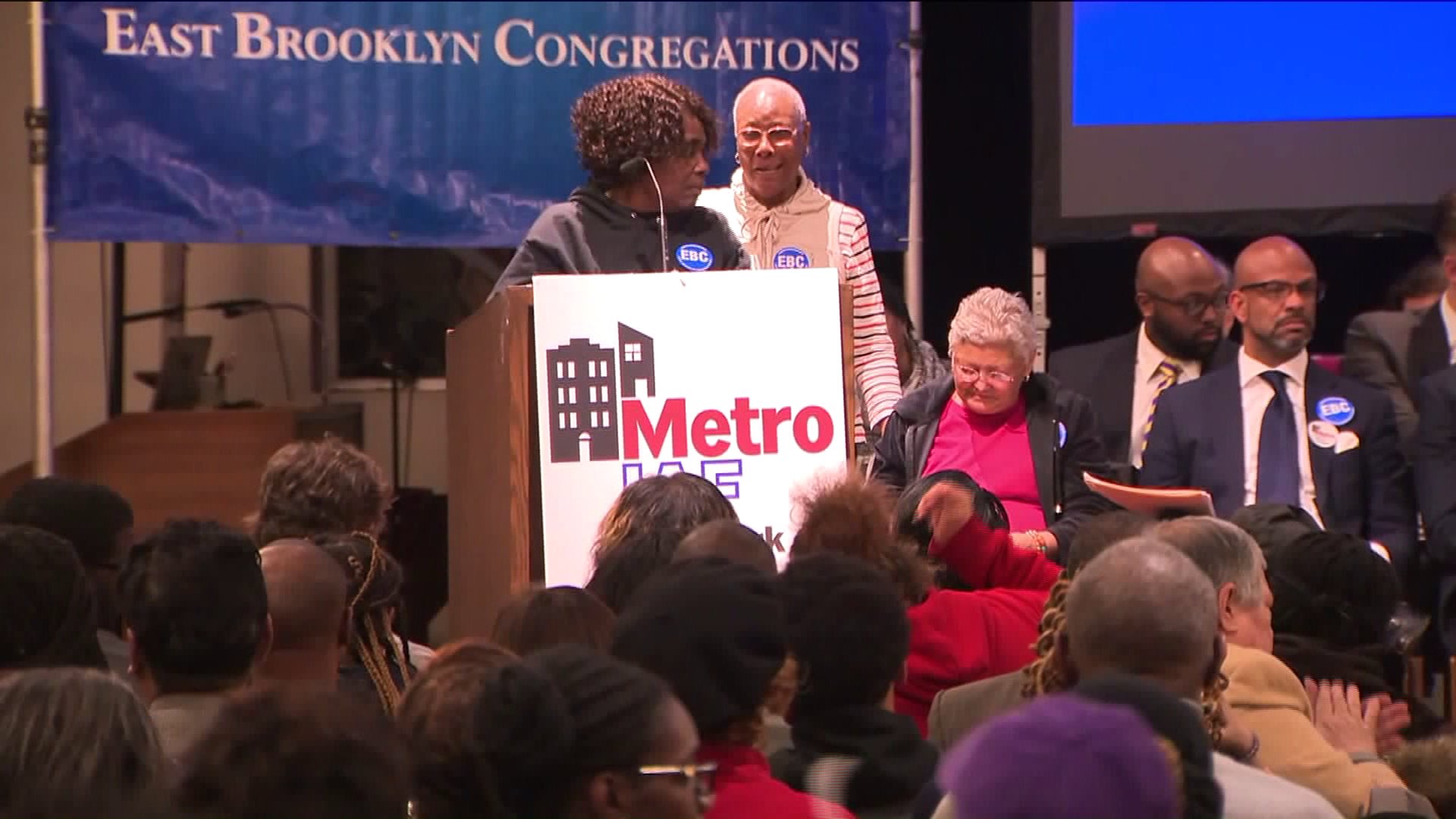 They`re asking the city to commit to $500 milliona year for the next four years for a total of $2 billion. The money would be used tobuild 15,000 units for seniors on vacant land on existing New York City Housing Authority properties.

BROOKLYN — Hundreds packed the inside of an east Brooklyn church Monday night, determined to convince city politicians to fight for affordable housing for the seniors.

They're asking the city to commit to $500 million a year for the next four years for a total of $2 billion. The money would be used to build 15,000 units for seniors on vacant land on existing New York City Housing Authority properties.

"Senior citizens have to decide to pay their rent or eat," 60-year-old Brooklyn resident Victor Scott Young said. "It’s impossible to live with that."

City Council Speaker Corey Johnson said he can't "wave a wand" and guarantee the funds, but he promised to fight for it. He said they'd need to work with Mayor Bill de Blasio to make things happen.

De Blasio said in January he plans to update his affordable housing plan to focus more on senior citizens, includes new homeownership programs. He has set a goal of creating and preserving 300,000 affordable apartments by 2026.