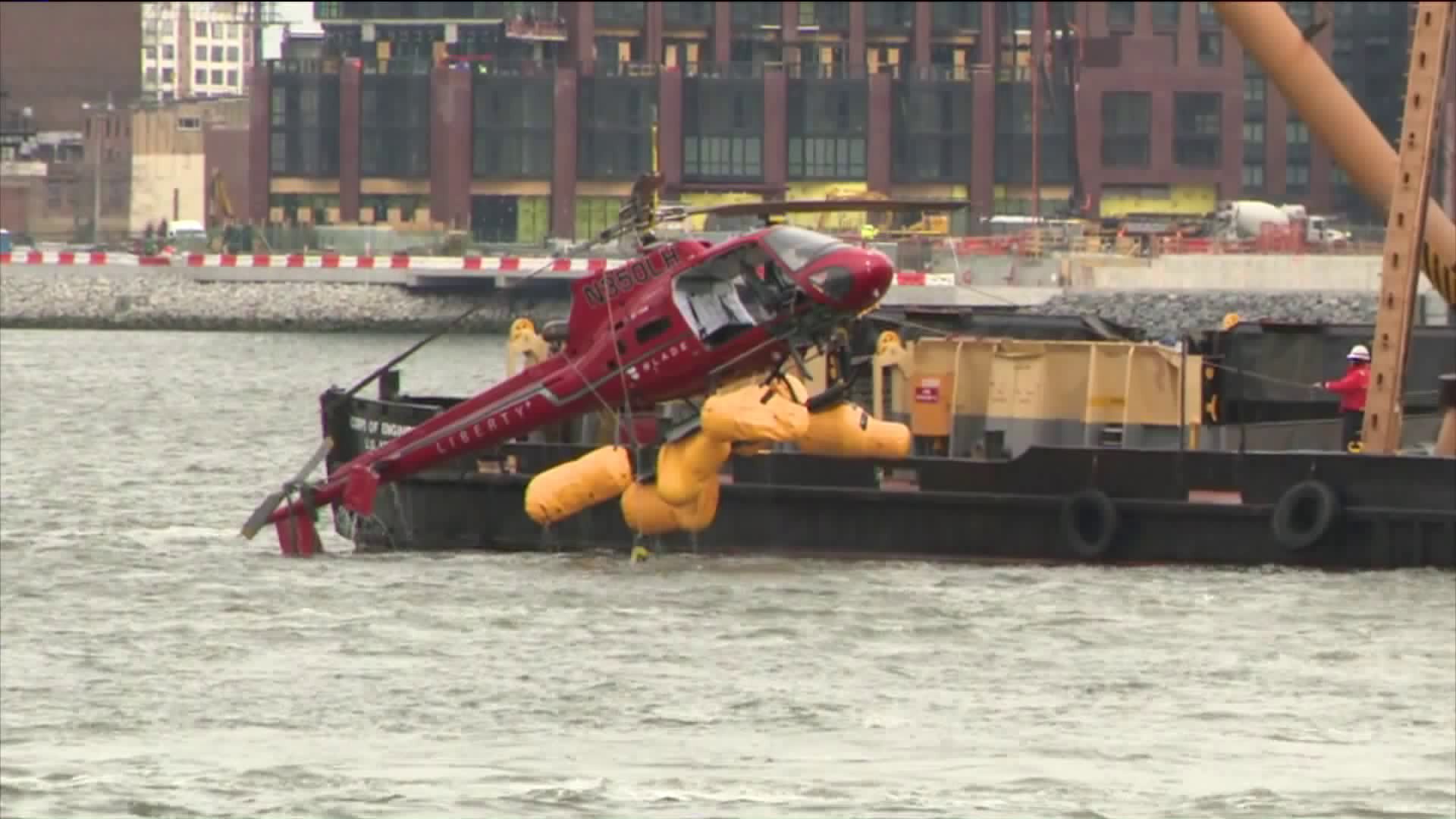 New York officials said the charter helicopter was hired for a photo shoot. All five passengers died. The pilot was able to get out safely. 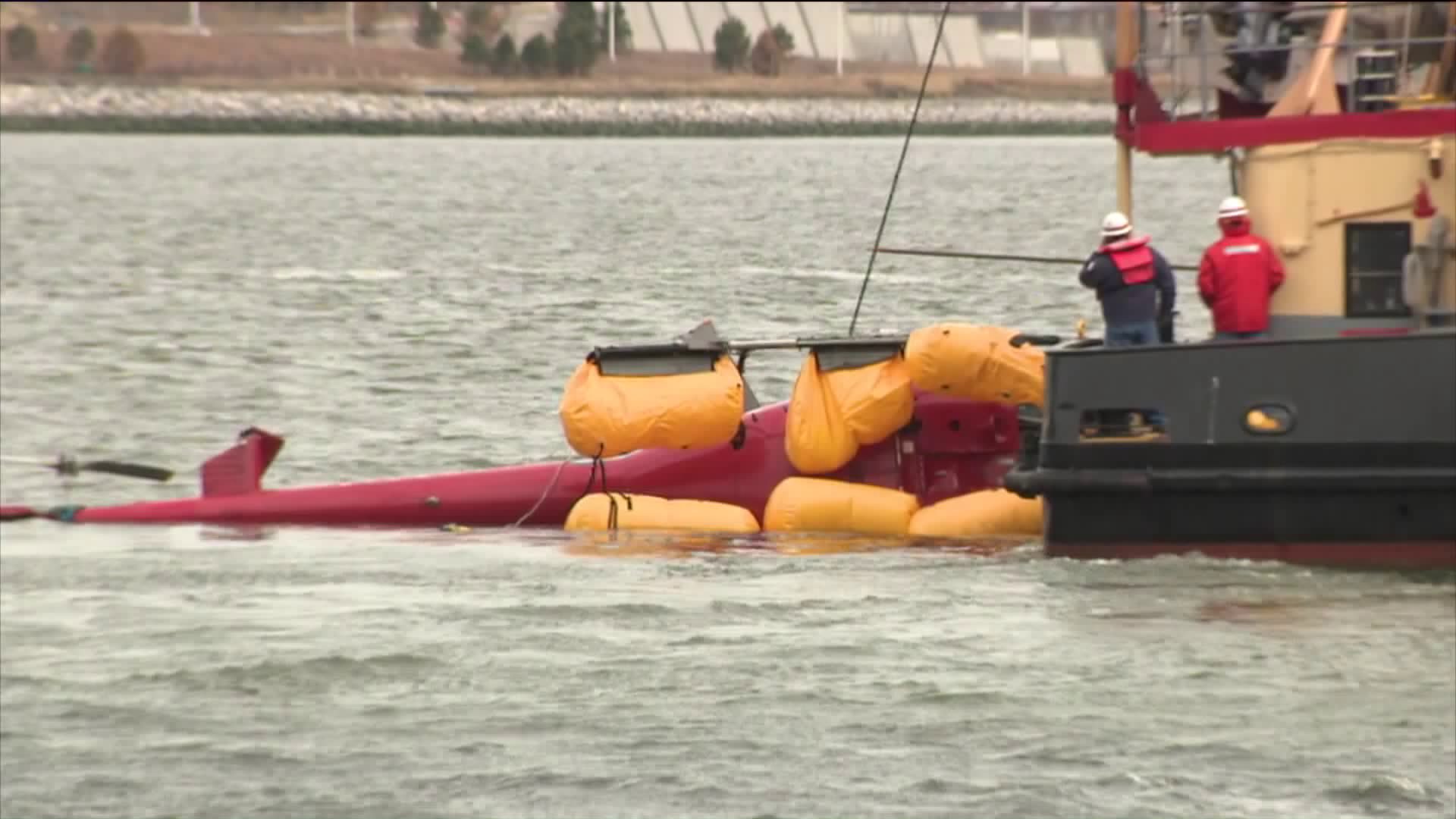 Federal investigators say they'll examine everything from flotation devices to passengers' harnesses to photos that might be on their cameras as they determine why a tour helicopter crashed and sank in New York City's East River.

National Transportation Safety Board member Bella Dinh-Zarr said Monday it will be some time before that finding is made.

Dinh-Zarr said the helicopter's floats inflated, but investigators will look at whether they deployed properly.

A federal official told The Associated Press the pilot told authorities he believed a passenger's bag might have hit an emergency fuel shutoff switch. The official was briefed on the investigation but was not authorized to speak publicly about it and spoke Monday on condition of anonymity.

The official also says the National Transportation Safety Board is looking closely at why an emergency flotation device on the helicopter apparently did not deploy properly. The floats are supposed allow a helicopter to stay upright, rather than overturning and submerging.

The official was briefed on the investigation but was not authorized to speak publicly about it and spoke Monday on condition of anonymity.

New York's U.S. Sen. Chuck Schumer says federal regulators should temporarily halt flights by the owner of the helicopter. The Democrat is calling on the Federal Aviation Administration to suspend Liberty Helicopters' operating license until the facts of the crash are known.

Schumer said Monday the tour and charter company shouldn't fly until officials "get to the bottom of this."

Liberty Helicopters is referring all inquiries about Sunday's crash to federal authorities.