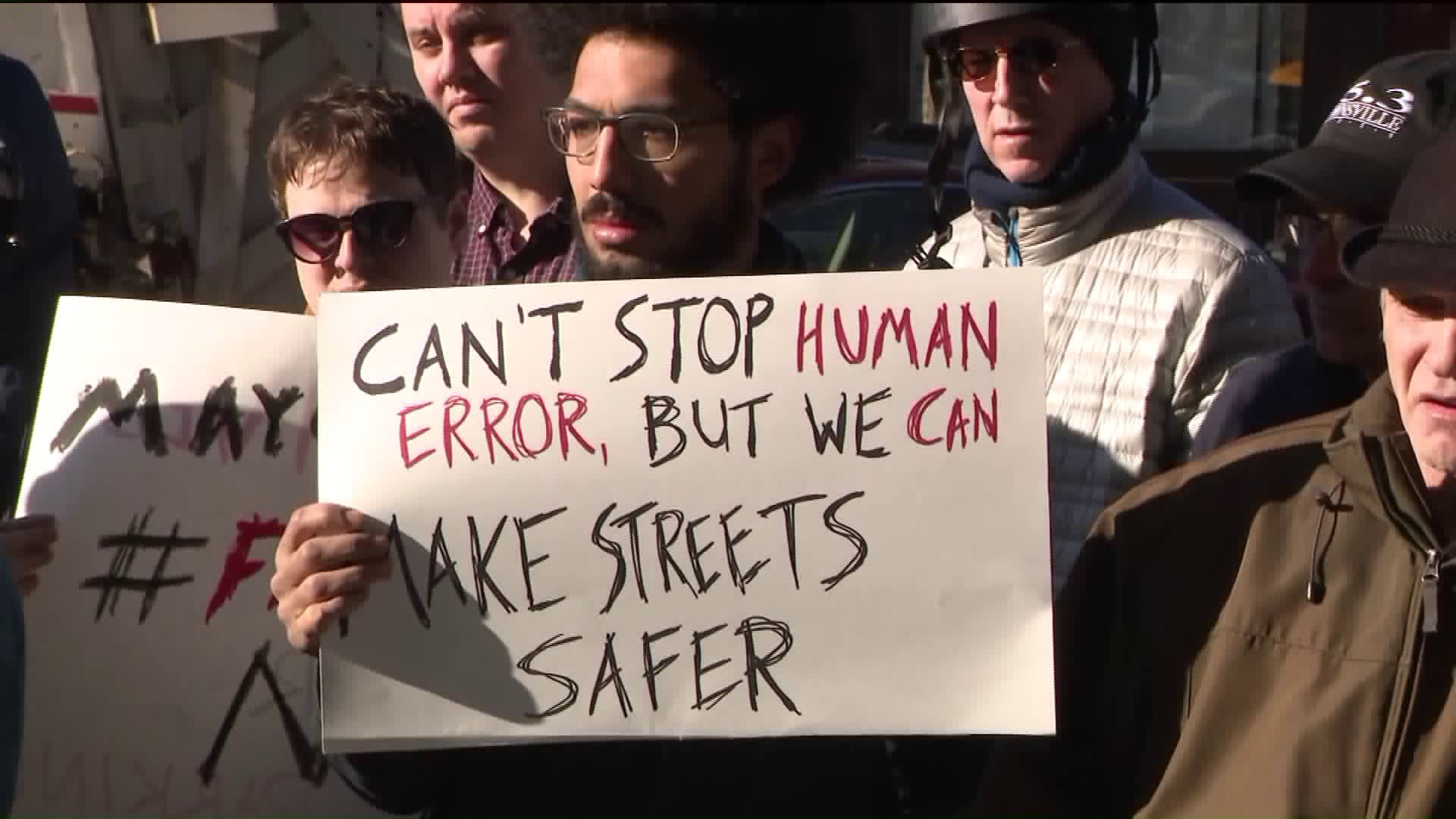 Two children were killed when they were struck by a car in Park Slope on Monday.

PARK SLOPE, Brooklyn — Teddy bears, flowers and heartache now fill the spot where two Brooklyn children lost their lives Monday. But amid the sadness, residents of Park Slope are determined to take action to make their streets safer.

Friends Ruthie Ann Blumenstein and Lauren Lew were walking with their two young children near Ninth Street and Fifth Avenue in Park Slope when police say a 2016 Volvo S60 Sedan crashed into them, along with a fifth person, around 12:40 p.m. Monday.

Abigail Blumenstein, 4, and Joshua Lew, 1, were killed. Joshua's stroller was dragged nearly an entire block by the vehicle, witnesses say.

Both women were injured in the incident. Blumenstein, who goes by the stage name Ruthie Ann Miles, was critically injured and is pregnant. It is not known if her unborn child has survived.

Tony Award-winning actress Ruthie Ann Blumenstein, who goes by the stage name Ruthie Ann Miles, is seen with her daughter, Abigail Blumenstein. The 4-year-old was killed, and mother critically injured, when they were struck by a vehicle in Park Slope on March 5, 2018. (gofundme)

Surveillance video shows the driver, 44-year-old Dorothy Bruns, as she came to a stop at the intersection. Pedestrians began to cross. Bruns started driving again, first slowly but then sped up until colliding with the pedestrians, not stopping until she hit a parked car.

The driver hasn't been charged and police are looking into her medical history and driving record.

"Four years ago, my son was killed by a reckless driver," one resident told PIX11 News. "I joined with others to form 'Families for Safe Streets' because no one else should have to go through this loss."

City Councilman Brad Lander said the woman's driver's license should be taken away.

"The car she was driving has an abominable driving record," Lander said. "Four blowing red light infractions and four speeding in a school zone infractions in the last two years."

Witness Debbie LaSalle was crossing the same intersection when she saw the Volvo speed by, she told the Daily News.

"It was horrible to watch," LaSalle, 44, said. "I'm still in shock. The white car was going really fast. The pregnant mother was facedown and the baby flew into the street. She dragged the stroller and the other baby was pinned under the car."

Blumenstein won a featured actress Tony in 2015 for her role as Lady Thiang in a revival of Rodgers and Hammerstein's "The King and I," opposite Kelli O'Hara and Ken Watanabe. It marked her Broadway debut. Blumenstein's other credits included "Sunday in the Park with George" opposite Jake Gyllenhaal and playing Imelda Marcos in David Byrne's off-Broadway musical "Here Lies Love." She had a recurring role on the FX series "The Americans."

Chenoweth tweeted: "sending love to you and your family there are no words. Except you are loved."

Actresses Audra McDonald and Sutton Foster sent out links for a GoFundMe page raising money for the family. Miranda sent out a similar link for Lew.

@RuthieAnnMiles sending love to you and your family there are no words. Except you are loved.

This is in support of Lauren Lew and her family, who were also struck by yesterday's tragedy, along with @RuthieAnnMiles. Unimaginable.
Help if you can. https://t.co/R7MJZkrsaF