Nor’easter could dump a foot of snow during storm headed for New York, New Jersey 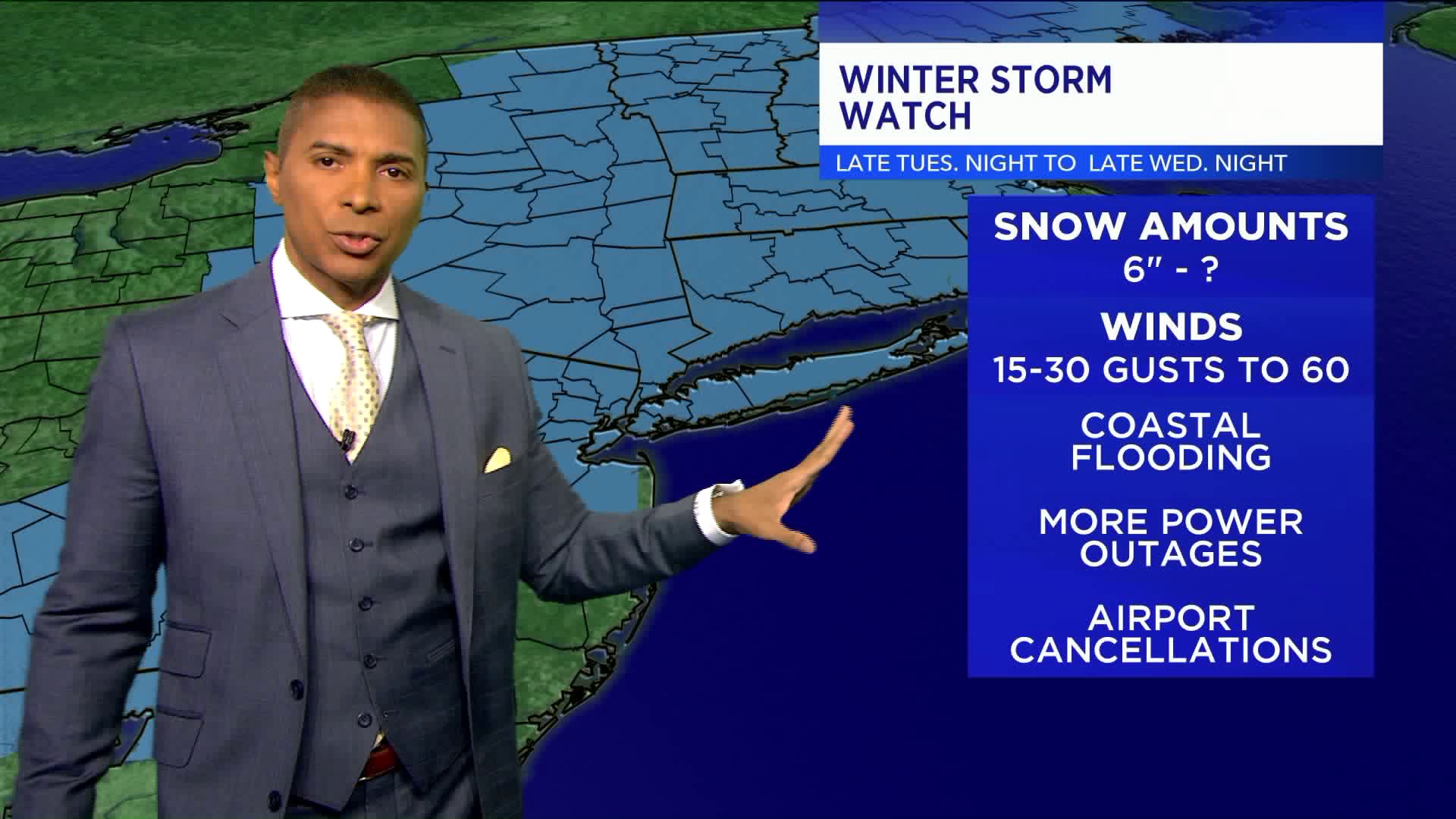 A developing nor'easter could dump as much as a foot of snow across New York and New Jersey on Wednesday, according to the latest forecasts.

The National Weather Service has already issued a Winter Storm Watch for Wednesday. Tens of thousands are still without power as the coastal storm develops off the Carolinas and tracks along the coast. Unlike Friday's weather, this storm is capable of bringing snow across most of the region.

As with all nor’easters, the exact impact of the storm will be dependent on the track. If the storm hugs closer to the coast, the snow will mix with rain at times, lowering snow amounts —especially across Long Island. If it tracks further east, snow amounts will increase by a substantial amount across the board.

The forecast models have disagreements with the track and timing of the system. The first flakes will likely arrive Wednesday morning. The morning commute may end up okay as the snow starts to develop during the tail end. Through the afternoon, the snow may come down heavy. It's not yet clear if there will be mixing involved.

The system should taper off some time after midnight.

Due to the uncertainty of the track and where the rain/snow line sets up, snowfall amounts will vary dramatically. The city could see anywhere from 6 inches to a foot of snow. Areas down the Jersey Shore and Long Island could have anywhere from slushy inch or so to over 6 inches. The best chance of getting a foot or so will be inland areas, including Northern New Jersey and the Hudson Valley.

As with all nor’easters, winds gusts of 50-60 mph is area possibility. There's also a chance of more power outages.

Coastal flooding will also become an issue. The good news is that we are going past the full moon, and this storm is more progressive meaning that the flooding should be as severe.

We calm down for the latter part of the week and the weekend looks partly to mostly cloudy. Unfortunately, another coastal storm will have to be watched on Monday.