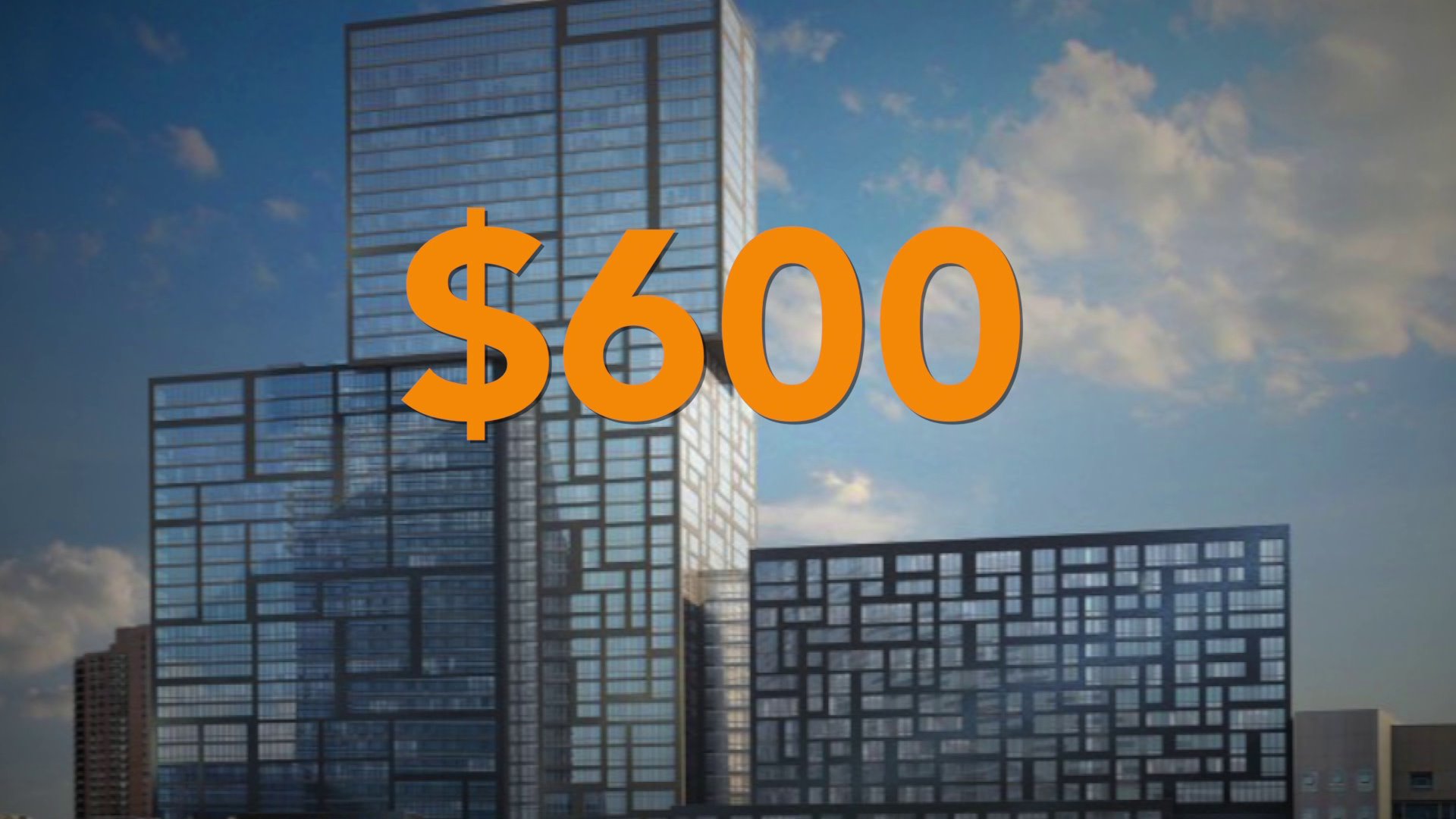 As any New Yorker knows, finding an apartment is not easy. The city`s affordable housing lottery was set up to assist city residents, but applying for the lottery takes time and patience.

As any New Yorker knows, finding an apartment is not easy.

The city’s affordable housing lottery was set up to assist residents, but applying for the lottery takes time and patience.

Brooklyn resident Maria Martinez told PIX11 she’s been applying faithfully for 20 years, since the inception of the lottery program. Speaking through a translator, she said the process is frustrating.

“You keep applying. You hope you end up with a home, but it hasn’t happened for me yet,” Martinez said.

Martinez currently rents a one-bedroom apartment in Williamsburg. She lives with her husband and two teenage children.

“Sometimes I do lose hope, but I apply anyway and you just hope, keep applying and keep insisting," Martinez said. "It’d be wonderful if they could tell you that you even lost it, but they don’t tell you. You just never get any notice back and then later on, you find out the building has been filled up."

The NYC Department of Housing Preservation and Development is the agency that oversees the lottery. The statistics from HPD are stark.

There are currently 1,144 affordable housing units available in 18 buildings.

According to HPD, on average, there are 700 applicants per unit. They’ve set up the online Housing Connect portal, streamlining the online application process.

There are 1.7 million registered users of the site.

So why are these apartments so sought after?

PIX11 News found one-bedroom apartments for as low as $600 in a new development building. The market value of the same unit is $3,500 a month.

Antonio Morales, 64, is one of the lucky ones.

He and his wife, both retired, had been applying for several years. In September, they moved into a new building in Fort Greene, Brooklyn, with sweeping views and plenty of amenities.

“This building is fantastic. We have [a] concierge downstairs. There’s also a fitness center here on that level, an outdoor courtyard. It’s really nice," Morales said. "There were thousands of people that had applied and I was called so I would recommend everyone out there just apply. Was I lucky? I guess you could call it luck."

But it wasn’t easy. Morales was initially denied and had to appeal. The building said his income was $180 over the maximum.

“They incorrectly put in my 401K as income. That is not income until you take out of it,” Morales said.

With the help of Churches United for Fair Housing (CUFFH), they insisted the building recalculate and Morales were accepted.

“They definitely need to do more about affordable housing, especially for the elderly, senior citizens," Morales said. "I’m a senior citizen. You retire with a certain fixed income."

Morales cautions applicants to have their paperwork and financial statements in order and know if you are turned down, you have the right to appeal.

Brian Cahill Moledo is with CUFFH, a community based nonprofit that advocates for affordable housing and counsels those who apply.

“Churches United for Fair Housing was started by a group of priests in Brooklyn who noticed every week more and more of their congregants were basically being priced out of neighborhoods,” Moledo said.

He paints a grim picture of the application process for the lottery system.

“It verges on impossible. All the studies done point to a divestment of communities of color and to procedural obstacles being put in place to deny people access to affordable housing,” Moledo said.

Most would agree the application process takes persistence and patience. Competition is stiff and residents could spend years on a waiting list.

Housing is defined as affordable if it costs 30 percent or less of what the people living there make.

Eligibility is based on income, which needs to be within a certain range, and the requirement changes depending on how many family members you live with.

Even still, eligibility varies from building to building.

In the lottery, a slight preference is given if applicants already live in the neighborhood, are disabled or are a municipal employee.

Burkhart said the city offers numerous affordable housing programs and it’s important to do the research.

The city gives an incentive to developers in the form of tax breaks to offer up 20 percent of their building's units to the affordable housing lottery.

“I applaud the agencies for working with developers and developers taking the initiative to say, 'You know what? Let’s look what affordable housing might look like in our returns and will it hit what we need to hit for our investors?'

"The city and state will need to think of different ways to create opportunities for developers to build affordable housing,” Burkhart said. “My standpoint is, the community as a whole needs to be louder voice on what they’re actually missing."

“I keep applying but I don’t believe in it," she said. "We’re all desperate to be able to live a little easier, but right now I don’t see any hope."

Experts recommend applying to dozens of apartments a year. The odds are steep but there are success stories.

“So far I plan on staying here for a long time OK,” Morales said.

The NYC Department of Housing and Preservation sent the following statement:

"Through our ongoing efforts to address the housing crisis in this city, we have been producing affordable housing at record pace, and increasing the number of affordable homes available via the housing lottery. In addition, we are constantly updating our systems and generating new tools to make the lottery process more accessible for our city’s residents."