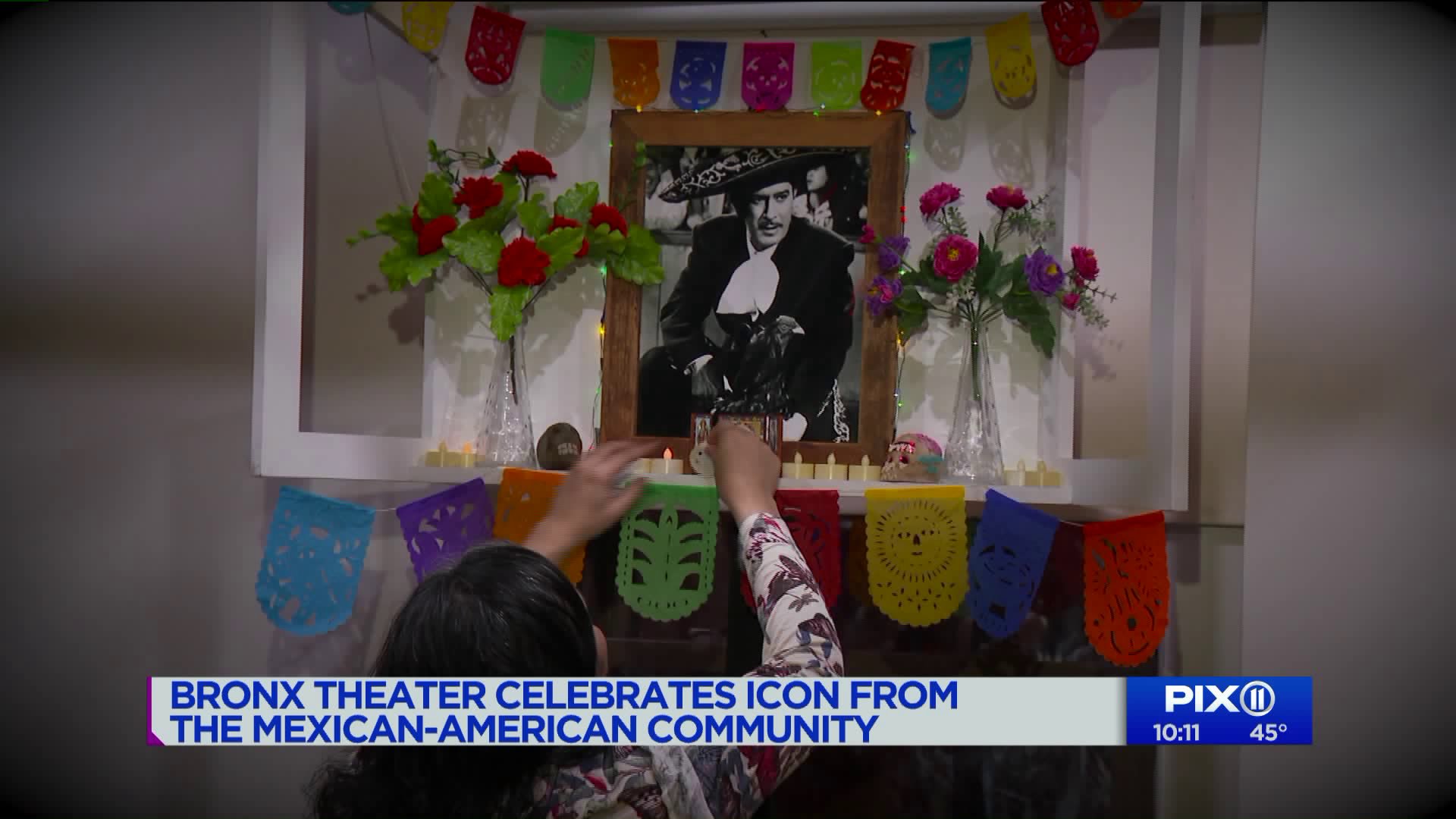 A Bronx theater is celebrating Latino and Latina culture in New York City and beyond with the musical "Pedro Infante 100 Years Thinking Of You."

MOTT HAVEN, the Bronx — A Bronx theater is celebrating Latino and Latina culture in New York City and beyond with the musical "Pedro Infante 100 Years Thinking Of You."

Pedro Infante was the Frank Sinatra of Mexico, beloved by millions even after his tragic death in a plane crash at the age of 39 in 1957.

ID Studio Theater's musical is a fantasy about a grandmother in the Bronx wanting to go back home to Mexico and her beloved Pedro. And it means so much to these actors.

“I grew up listening to him,” Sebastian Beltrán, the Colombian baritone playing Pedro Infante, told PIX11 News. “He was the greatest Latin American idol of all so it is a great responsibility, but also a lot of fun."

ID Studio Theater was founded 15 years ago in the South Bronx. But it wasn’t until three years ago that the company found a permanent home here on East 140th Street, developing plays and theatre workshops.

“We’ve opened our doors for the community to not only be audience members, but to train there to be future performers of our productions” Juanita Lara, an actress and member of ID Studio Theater said.

With free empanadas and enchiladas for the hungry theater goers, there’s a sense of community here for both local teenagers and Columbia University professors.

“I encourage my students to see this play ,and actually listen to cultural icons like this famous musician.” Juan Jimenez, a Columbia Professor of Language and Culture told PIX11.

“It takes me to my country, Mexico, to my culture,” 15-year-old Marisol Cruz said. She has seen the musical nine times. “The songs are so beautiful."

The final performance of Pedro Infante is Sunday at 4 pm, unless it’s brought back by popular demand.