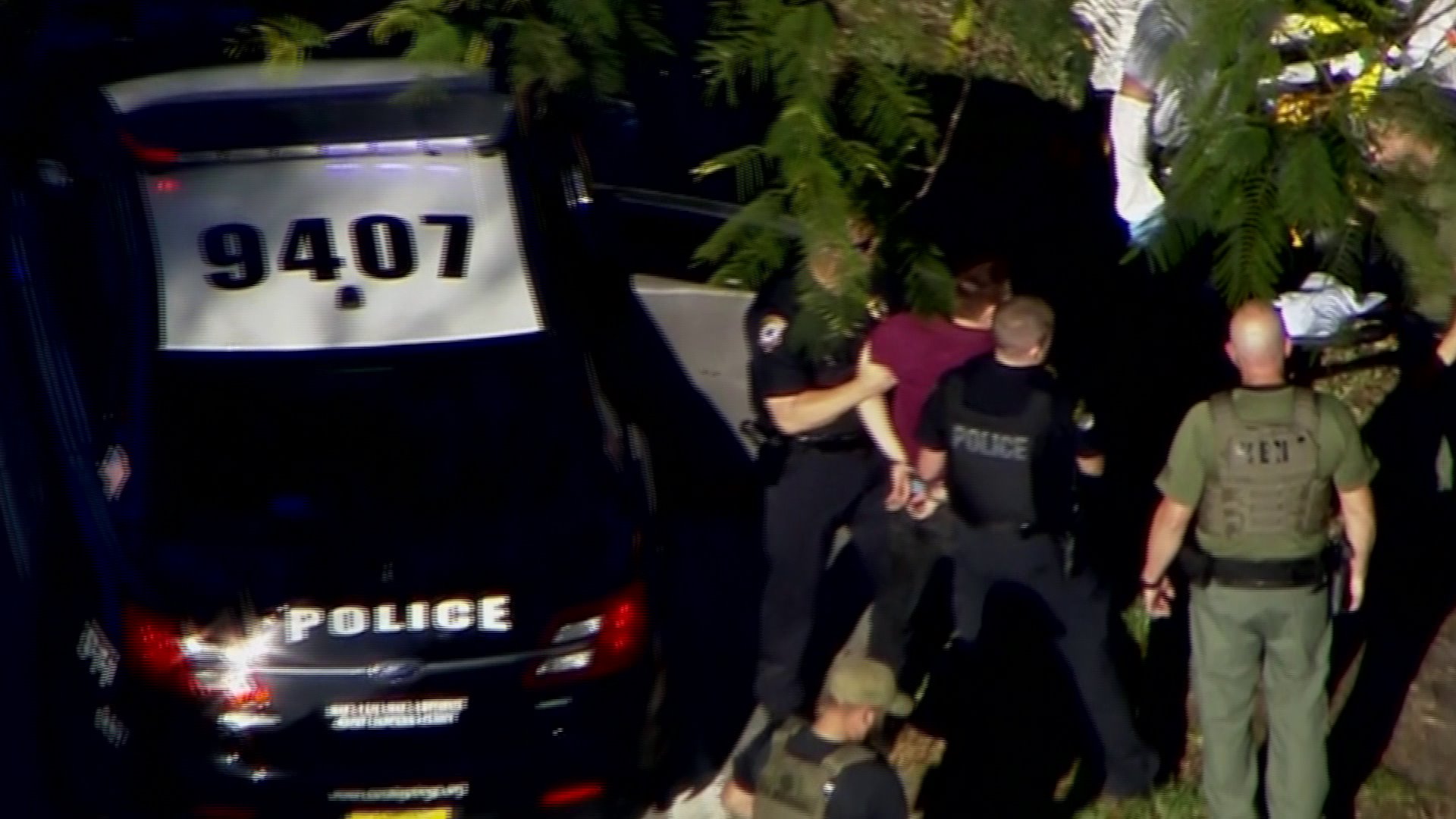 The suspect, a former student, was taken into custody "after he committed this horrific, homicidal, detestable act," Broward County Sheriff Scott Israel said. Law enforcement sources told CNN that the suspect has been identified as Nikolas Cruz, 19.

At least 17 people are dead after a school shooting in Parkland, Florida, law enforcement officials said.

The suspect, a former student, was taken into custody "after he committed this horrific, homicidal, detestable act," Broward County Sheriff Scott Israel said. Law enforcement sources told CNN that the suspect has been identified as Nikolas Cruz, 19.

Law enforcement responded to reports of a shooting at the school shortly before 3 p.m. The shooting sent students and staff streaming out of the school in a panic.

Immediately after the shooting, aerial footage from CNN affiliate WSVN showed people lying on the ground outside the school, being treated for injuries and moved to ambulances.

Freshman Kayden Hanafi said he heard two gunshots and saw people running out of another building on campus. As he and his classmates went into lockdown in a classroom, many thought the noise might have been firecrackers.

"It's really a blessing to still be alive," he said.

Nicole Baltzer, 18, said she was in trigonometry class about 10 minutes before the end of the school day when the fire alarm went off. As students evacuated, she heard six gunshots and everyone started running back inside the school, Baltzer told CNN's Sara Ganim.

"I heard so many gunshots, at least like six. They were very close," Baltzer said.

A police officer told her to close her eyes as she walked past a classroom with broken glass, telling her "there's nothing good to see in there," she said.

A freshman named Aidan posted a photo on social media from inside his math class while on lockdown. Since then, he has left the building.

"We have been liberated. God bless, America," Aidan tweeted after being evacuated from the building. "Love each other. You may never know when it may be the last day you meet someone."

There had been a fire drill at the school earlier in the day, leading some to believe at first that the afternoon incident was another drill, a student told CNN affiliate WSVN. "Everyone just started freaking out."

"But then word started going around that it was shots and not just, like, something else, everyone just started running towards the canal," the student said.

Parkland, with a population of 31,000 people in 2016, was named Florida's safest city last year, according to an analysis by the Washington-based National Council for Home Safety and Security, a home security industry trade association. The south Florida city had seven reported violent crimes and 186 property crimes the previous year, according to the analysis.

Stoneman Douglas High School had an enrollment of about 3,100 students in the 2015-16 year, according to the National Center for Education Statistics.

As news of the shooting spread, desperate parents gathered near the property searching for their children.

Lissette Rozenblat told CNN that her daughter safely evacuated the school and took shelter at a nearby Walmart.

"She was very nervous, she said that she could hear the person who was shot crying out for help, and was just a nervous wreck," Rozenblat said.

Agents from the Miami office of the Bureau of Alcohol, Tobacco, Firearms and Explosives are responding to the scene, a spokesman said.