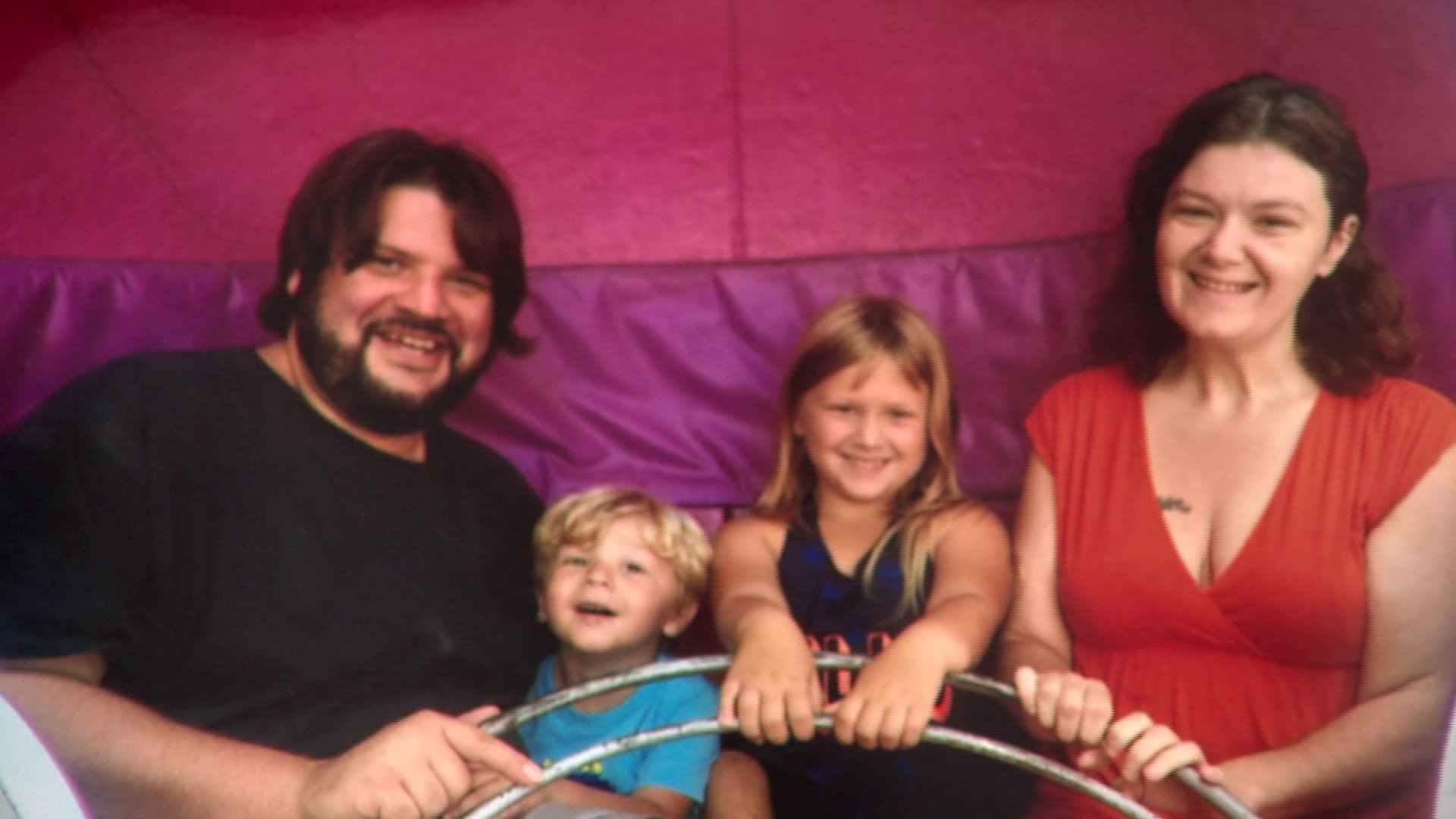 Two Bronx detectives told her that her husband, Matt, who taught kids with disabilities at Public School X811, had been found dead in a locked, faculty bathroom.

Two Bronx detectives from the NYPD came inside and told her that her husband, Matt, who taught kids with disabilities at Public School X811 on Longfellow Avenue - had been found dead in a locked, faculty bathroom.

“I grabbed onto a counter and the female detective grabbed me,” Azimi, 33, recalled. “They don’t want a pregnant woman to collapse on the floor.”

The police tried to gently inquire if she thought her 36-year-old husband had a drug problem.

“They told me it was probably bad heroin, and I said, ‘Fentanyl?’” the widow recounted to PIX11.

Rachel Azimi, married to Matt Azimi for more than nine years and already mother to two children, had only heard about the man-made opioid fentanyl in recent months.

That’s because last September, after her husband told her he’d gone to an emergency room with food poisoning, he later confessed he’d survived a heroin overdose and was revived with the antidote Narcan.

“He thought there was fentanyl in the last batch that sent him to the hospital,” Azimi recalled. “He said, ‘Rach, I’m going back to meetings, and if I don’t get help this time, I’m going to die.’”

He was 26 years old when he met a then 23-year-old Rachel Marbach on Match.com. She liked his “real” ness and anti-Casanova way of courtship. He showed up for their first date in jeans. He always wore plaid shirts.

“I called him ‘Denim Dan,’” Azimi remembered with a laugh.

The couple married in 2008 and lived with Matt’s parents, while he finished up a Bachelor’s degree in literature and then “breezed through” a Master’s program at Long Island University.

Matt Azimi had confided to Rachel that he had alcohol and drug problems as a teen and used Heroin in his early 20’s.

“I thought, ‘But he’s sober now. I didn’t want to judge him by what he did in the past. I thought he was fun and nice, and he was handsome and he loved me,” Rachel said.

“He was on Suboxone for most of our marriage,” Azimi noted.

Suboxone is a treatment used to ease Heroin withdrawals. It’s a partial opioid agonist. Matt Azimi tried to quit Suboxone last fall, when his wife was pregnant with their third child, and that may have created problems for him.

“He was saying, ‘Rach, I don’t feel good. I thought it was because he went off Suboxone. Because that was what he wanted to do. He wanted to be 100 percent sober from everything.”

It was a brutal struggle for the beloved teacher who played guitar and drums for his students and created a garden at the school to grow organic vegetables. Matt Azimi’s disabled pupils—who struggled each day with Down syndrome, cerebral palsy, and autism—loved him for his kindness and generous spirit. So did their parents.

“Parents had his personal cell phone and would call day and night. He would always answer,” Azimi said. “He had a lot of personal fulfillment from his work. He loved his students.”

But he told his wife there was a drug dealer who hung out near Public School X811, while he was fighting to keep his sobriety.

“It was upsetting, when he was trying to be sober, because the guy would call out to him, and it was difficult to walk past that guy,” Azimi said.

The first picture she posted showed Violet on a swing.

“I started off with me and my dad,” she said softly. “He gave me piggy back rides a lot.”

A week after Thanksgiving, on Thursday, Nov. 30, Matt Azimi didn’t come home to Carmel. His wife thought it was “Back to School” night for parents. She called Matt’s cell phone 37 times.

Then the unmarked police car showed up.

“I knew as soon as I saw them,” Rachel Azimi said. “But my mind didn’t want to know.”

Azimi decided to talk to PIX11, hoping that her family’s story would serve as a cautionary tale.

“He played Russian roulette with his life, and he was aware of it,” Azimi said. “I didn’t understand what addiction does to a person.”

The pregnant widow cried as she recalled putting a sonogram image of their unborn daughter in Matt’s casket.

“I put a picture of it in his hands,” Azimi sobbed. "He collected all the babies’ sonograms. He had them in his wallet.”

Rachel and Matt’s oldest, Violet, turned 9 years old in January. She’s found it difficult to talk about her dad at home but shared some thoughts with PIX11 about how she’d like him remembered.

“How nice a person he was,” Violet said shyly. “How he loved me and my family a lot.”

Charles, 4, was more ebullient as he playfully pointed out photos of his father on a poster the family created for Matt’s funeral.

“I liked to go to the carnival with Dad,” Charles said. “I think he liked to laugh.”

Rachel Azimi wanted the world to remember the beauty of her husband’s humanity.

And Rachel remembered what a loving coach Matt Azimi was in the labor room, when she gave birth to their first daughter, Violet.

“I remember Matt said, ‘I see her head.' And he told me later he lied, just so I would keep pushing.”

Sadly, Matt won’t be in the labor room when his third child is born next month.

“He had everything he wanted, and he didn’t have to do this,” Azimi said.