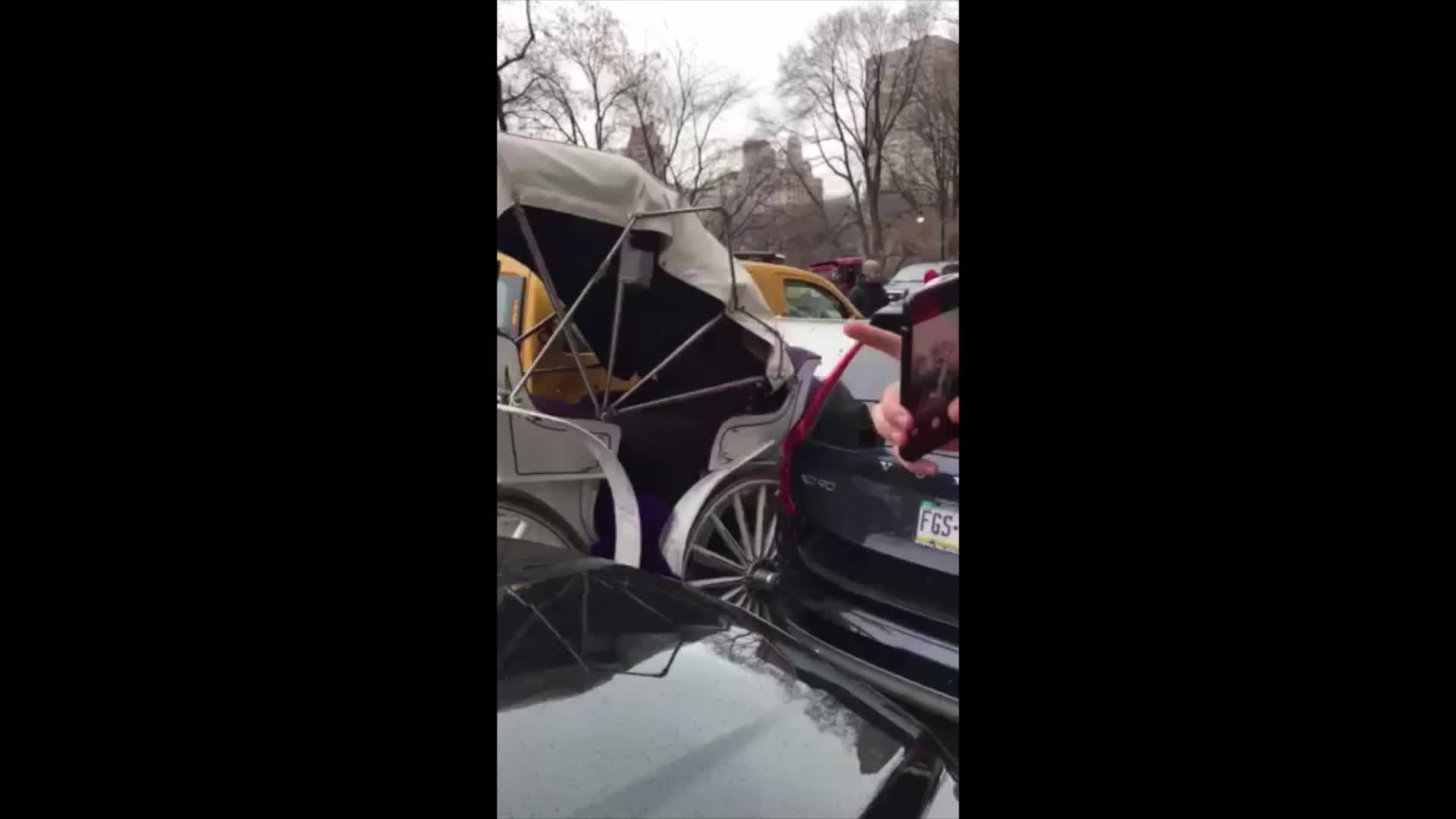 Witnesses told advocacy group, NYCLASS, the horse threw its driver out its carriage and took off down Central Park South with customers aboard.

As the horse raced down the street, it crashed into three cars before coming to a stop, NYCLASS Executive Director Edita Birnkrant said in a statement.

Multiple people were injured and taken to the hospital.

According to Birnkrant, the horse was spooked by an umbrella.

A spokeswoman for Historic Horse-Drawn Carriages of Central Park agreed that the horse was spooked when someone "abruptly" opened an umbrella in front of it, but said the driver was not thrown from the carriage. Colm McKeever, a seasoned carriage driver, got down off the carriage to check on Arthur.

"My sole concern was for my passengers and my horse," McKeever said. "Thankfully, I had help from my fellow carriage drivers and from the NYPD.”

Birnkrant is calling the city to enforce horse carriage rules and believes the current rules endanger anyone who visits, lives or works in the city.

“This is the second horrible accident on Central Park South in the last few weeks. In the past, the city has not been forthcoming with information about injured passengers and the horse in question. We demand that the city disclose the condition of the horse and the results of a veterinary exam today,” Birnkrant said, “The time for talk is over. We need real leadership and we need it now.”

Last month, a carriage overturned after one of its wheel lifted as two carriages were trying to get to the front of the line.