2 dads nabbed by ICE as they drop off kids at NJ school; 3rd takes shelter in church 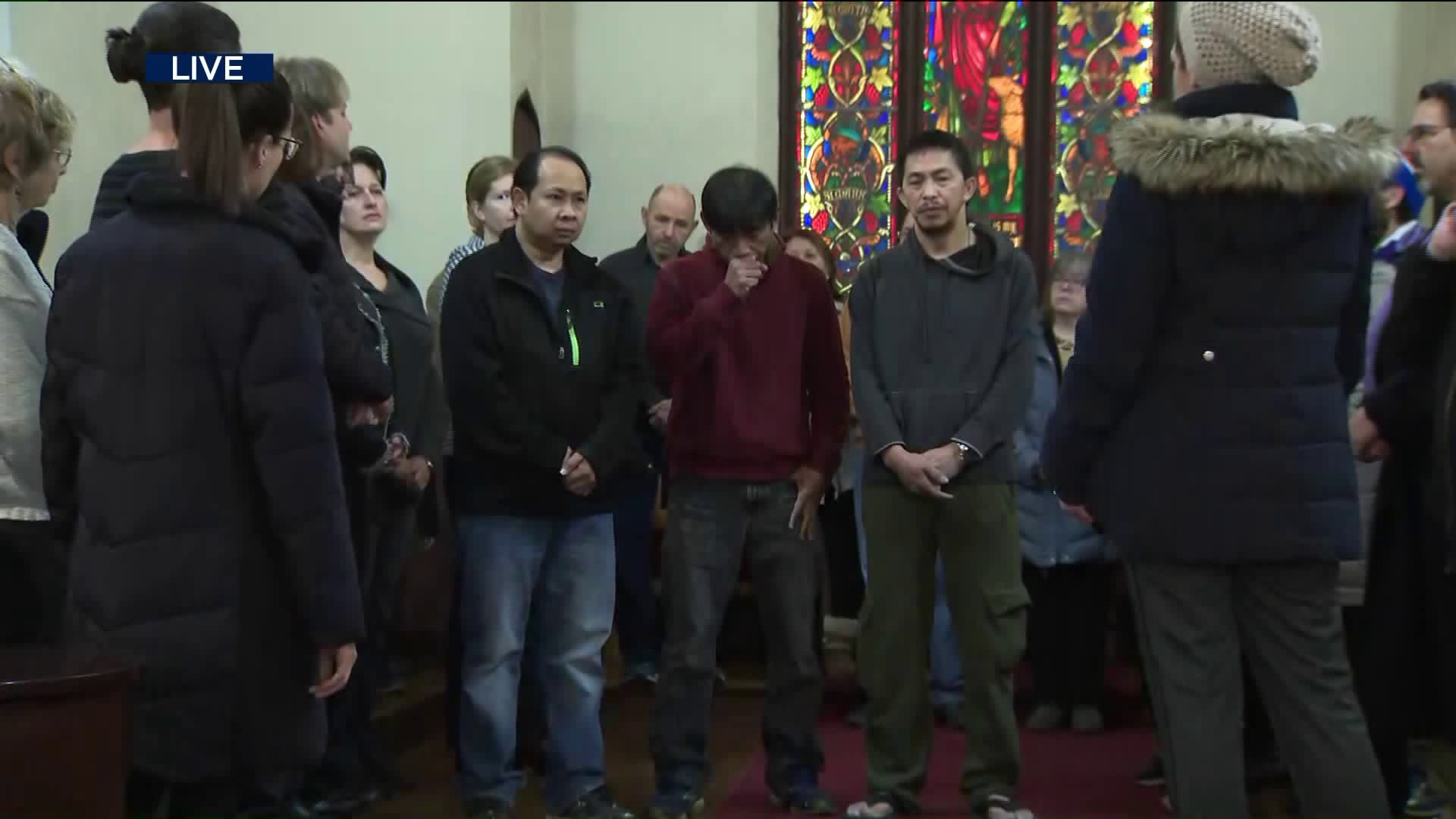 ICE agents detained two men in Middlesex County Thursday morning and a third fled to the Reformed Church of Highland Park where he will be sheltered from the government.

HIGHLAND PARK, N.J. — ICE agents detained two men in Middlesex County Thursday morning and a third fled to the Reformed Church of Highland Park where he will be sheltered from the government.

“We are just here trying to achieve our dreams, working hard, provide for our family,” said Harry Pangemanan, who said he spotted ICE agents in undercover cars outside his home as he was about to drive his daughter to school.

He ran inside the house and refused to open the door. His pastor came and recorded on camera the agents knocking on the door.

“We had one night when 35 dads were taken in one night from Avenel, New Jersey, from the same apartment complex. I had 60 kids become orphans that night or become fatherless,” Rev. Seth Kaper-Dale said.

ICE arrested Gunawan Liem, of Franklin Lark, Thursday after he dropped his daughter off at the bus stop. Roby Sanger of Metuchen was detained after he brought his daughters to school.

PIX11 has reached out to ICE for comment, they said they do not target individuals based on religion, ethnicity, gender or race.

“ICE does not target individuals based on religion, ethnicity, gender or race. Any suggestion to the contrary is patently false.​

During a targeted enforcement operation today, ICE arrested two foreign nationals in Franklin Park, NJ and Metuchen, NJ. These individuals have an order of removal from the United States issued by an immigration judge and upheld by the Board of Immigration Appeals.

ICE enforces the Nation’s immigration laws while also upholding the humanitarian commitments of the United States.  The enforcement actions ICE employs are intended to fulfill the agency’s responsibilities fairly and safely.  Under the President’s Executive Orders and pursuant to the Department of Homeland Security’s implementing guidance, except in certain limited circumstances, ICE does not exempt classes or categories of removable aliens from potential enforcement.  All those in violation of U.S. immigration laws may be subject to immigration arrest, detention, and removal from the United States pursuant to a final order of removal, issued in accordance with law.

Targeted enforcement operations have been a regular part of ICE’s duties for many years and are necessary to identify, arrest, detain, and remove those who present a danger to our national security or public safety, or whose continued presence in the United States otherwise undermines the integrity of our immigration system.

Individuals subject to removal proceedings before the immigration courts receive full and fair proceedings.  During that time, they may apply for any relief or protection from removal for which they may be eligible, including asylum.  If, at the conclusion of removal proceedings, a federal immigration judge (or, if the order of removal is appealed, the Board of Immigration Appeals) orders an alien removed from the United States and does not grant such protection, it is ICE’s duty to enforce that order, unless a stay of removal is entered.  If removal orders are not given effect, our immigration system would simply have no integrity.”

Gov. Phil Murphy raced to the Reformed Church of Highland Park to show support for Pangemanan and the other immigrants living in the sanctuary of the church.

Yohames Tasik has been taking shelter in the church since ICE came for him 11 days ago. Arthur Jemmy has been living there for more than 100 days.

“Hopefully Trump will change his heart because he also has a family,” Jemmy said.

The president has pledged to deport more than 2 million undocumented immigrants.

The two immigrants detained Thursday in New Jersey and those being sheltered at the church are all from Indonesia. They fled their country in the late 1990s when Christians were being persecuted in the country. Their children were born here.

“My hope is just let me raise my kids. Let them be whatever they dream and when they stand on their own feet I can voluntarily go back to my country,” said Pangemanan’s wife, who did not want to give her name.

These men say they have no criminal records.

Pangemanan was recently awarded for helping to rebuild more than 200 houses after Sandy devastated the area.

Liem and Sanger are being held at the Essex County Jail.