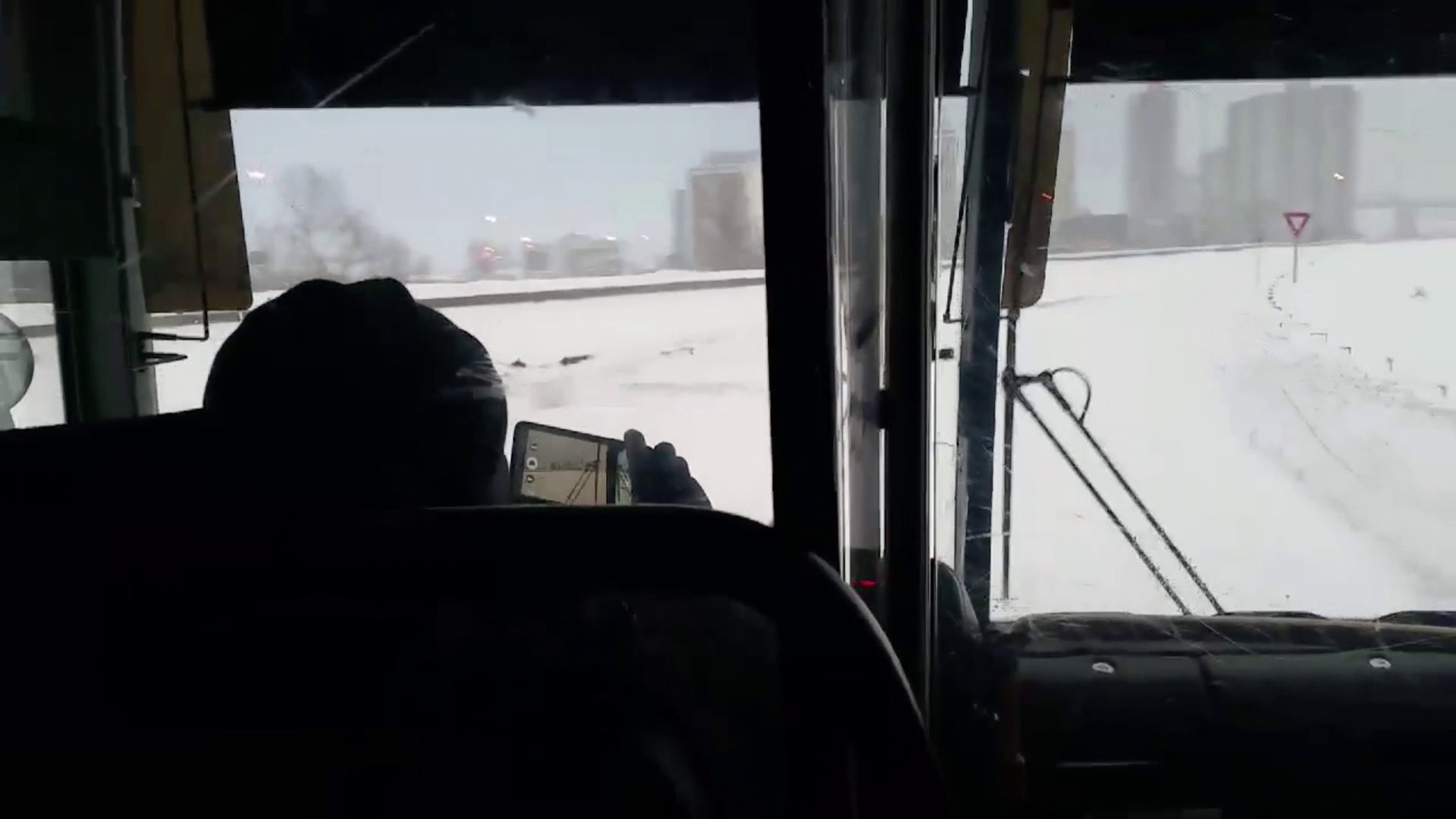 The driver filmed road conditions as he made his way down snowy roads. He had just one hand on the wheel.

Stacey Denzin couldn’t believe what she was seeing as the driver of the Greyhound bus pulled out of the Montreal station bound for New York City on Christmas Eve.

There was snow and ice on the road.

"I just happened to sit behind the driver,” Denzin said. “He had one hand holding the steering wheel. In his other hand he was holding a cellphone.”

“He continued to make a video for over 20 minutes, going around curves, going over bridges,” Denzin said.

Adding to the danger is the fact that the driver was not wearing his seatbelt. The ding, ding, ding sound of the seatbelt warning can be heard in Denzin's video.

“Had we slid on skid on some ice, that driver could have been ejected from his seat and nobody was going to be able to pilot the bus,” Denzin said.

At one point she says the driver offered a flimsy excuse.

“He said, ‘Well, I’m just trying to let Greyhound know the kind of conditions we are forced to drive in,’” she recalled.

When the bus arrived at New York’s Port Authority Bus Terminal, Denzin called Greyhound’s complaint line to report the driver. She said the agent told her Greyhound has dashboard cameras on its buses that would show any problems.

She told him about the video she had shot, but says he never asked to see it. So PIX11 sent a copy of the video to Greyhound’s corporate headquarters in Dallas, Texas.

Two days later a spokesperson emailed us saying, “The driver has been removed from service while we investigate. We do not condone drivers using mobile devices while operating our buses. “

As if all that is not bad enough, Greyhound also lost Denzin's luggage on the trip to Montreal. The company says it has 90 days to find it.

Denzin has put in a claim for $1,470, but Greyhound’s maximum payment is $250 for passengers who did not purchase insurance. She is still hoping her bag will turn up. Greyhound did give Denzin a refund of $187.50 for her bus ticket.

It’s no wonder Denzin, who has traveled all over the world, says this was just about “the worst travel experience of my life.”

If you have a story idea for me, email whatashame@pix11.com.