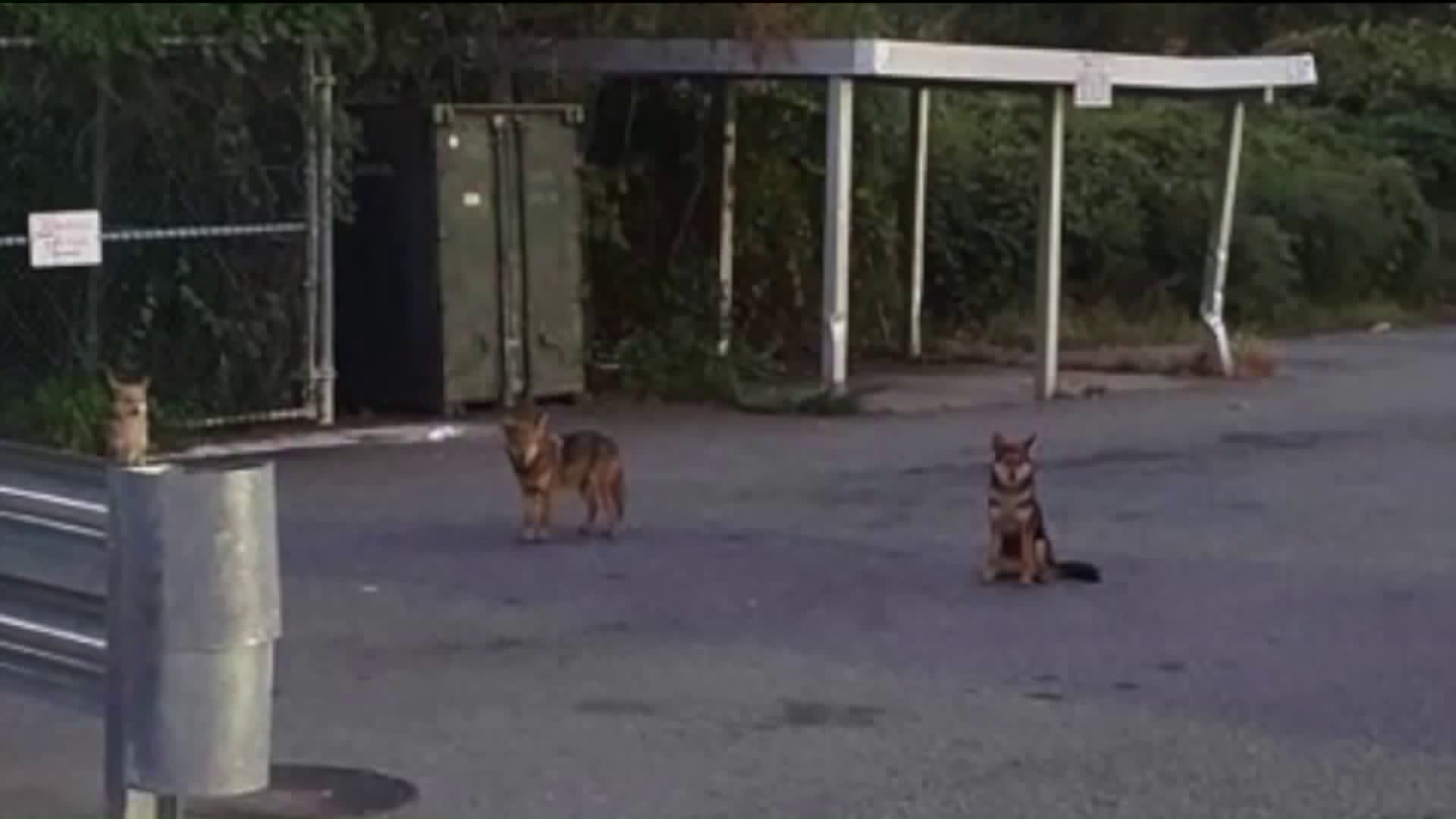 This is not the first time coyotes have been spotted roaming the airport area. Officials tried to capture the animal, but have not been successful.

EAST ELMHURST, Queens — A parking lot for LaGuardia employees was cleared out Wednesday while U.S. Dept. of Agriculture officials hunted for a coyote. This is according to several people who work for the company that runs the parking lot.

PIX11 has been covering the controversy over coyotes living near LaGuardia Airport for the last several years.

In 2016, a family of coyotes was caught and euthanized by government officials who said it was a necessary measure to protect the public. One coyote survived. Today, they were looking for that lone coyote.

The lot is located at the end of Berrian Boulevard. The crux of the argument - wildlife officials say the coyotes pose a danger to people but others say leave the coyote alone.

Rose Ortega showed us pictures and video she took of USDA vehicles parked at the entrance to the parking lot. People who work here like Ortega has seen the coyote since it was a pup.

“He’s not dangerous first of all there’s nothing on record there’s no video that shows the animal is aggressive to anybody. It’s not like he’s going into the lot and attacking and barking none of that,” said Ortega.

“I understand 100 percent he’s a wild animal. Everyone is speaking coyotes but I’m only speaking of him and I’ve seen him since he was a pup and I saw him grow up. He just doesn’t bother anyone,” adds Ortega.

This morning, everyone was cleared out, so they could look for the animal.

“They shut the whole parking lot down so they could catch it. All of our buses were lined up here all people trying to get to work all lined up around the block in the cold,” said Vashisht Maharaj, a parking lot supervisor.

Maharaj says he sees the coyote nearly every day. As a supervisor, part of his job is to take complaints.

“Never has anyone called and said that the coyote was aggressive toward them or anything.”

The coyote issue is nothing new. A PIX photographer even caught on video coyotes roaming inside the parking lot in 2016.

At the time, the Port Authority of NY and NJ, which runs LaGuardia, said the animals were located and euthanized to help keep travelers, airport workers and nearby residents safe after the coyotes became acclimated to humans, increasing the possibility of an attack.

Those who work here and see the coyote regularly maintain it is not aggressive and they just want to see it saved.

Coyote supporters want to see it live out its life at a sanctuary. One of the issues is there are not many sanctuaries who take in coyotes.

Frank Vincenti who heads the Wild Dog Foundation says coyotes are actually docile creatures and believes it’s possible for the coyote to live here in the environment it’s become adapted to.

“Coyotes are animals that are intelligent. They are basically shy, tend to avoid people, these animals tend to exhibit no aggression. I saw him the other night I chased him off, he always runs from me,” said Vincenti.

“I agree the feeding is a problem and I would have more respect for authority if they clamp down on that and at least issue summonses to people feeding, that is the problem, the feeding has to stop,” adds Vincenti.

PIX11 reached out to USDA and the Port Authority for a comment tonight. We hope to hear back from them Thursday.