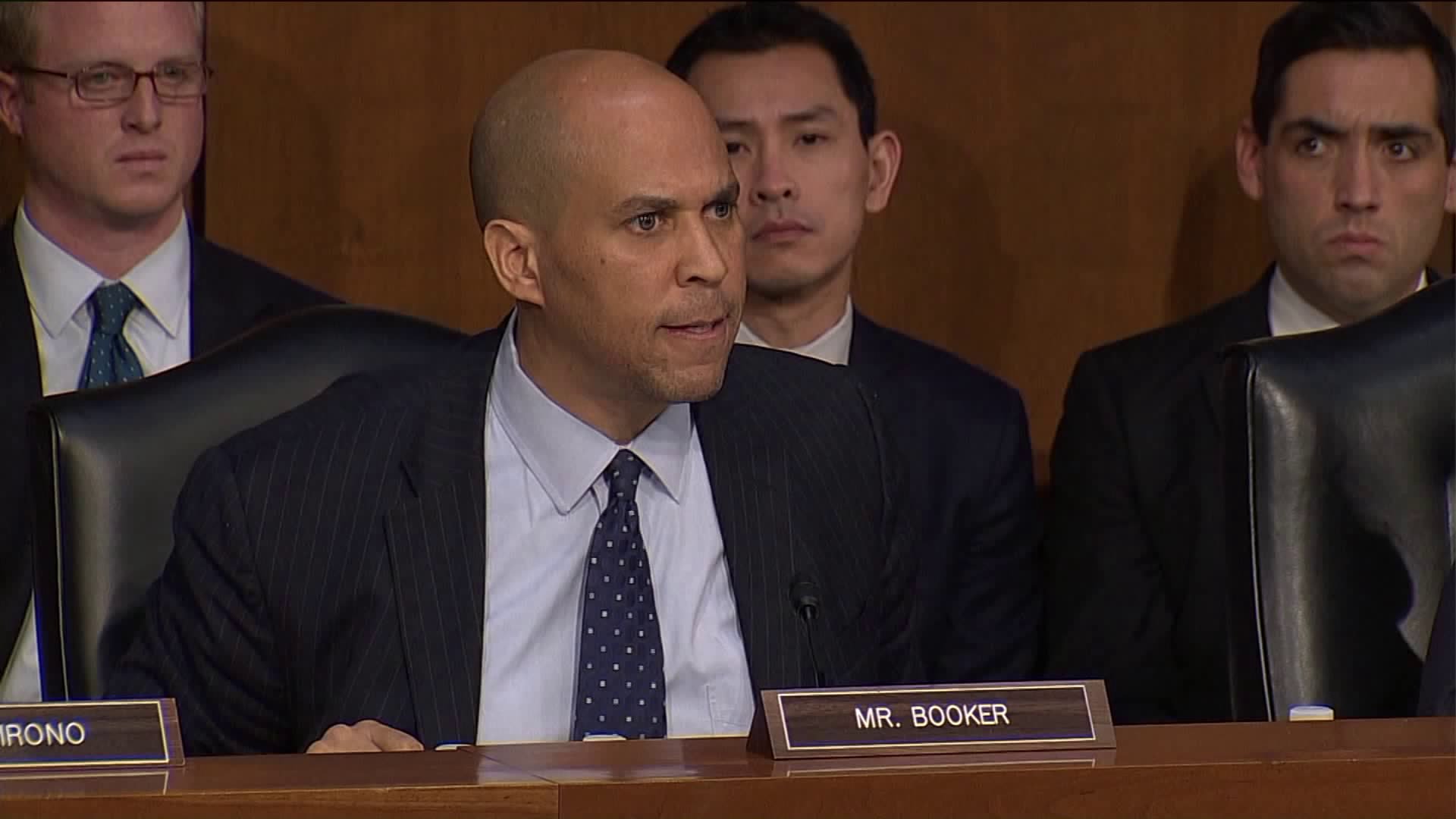 Sen. Cory Booker (D-N.J.) slammed the Department of Homeland Security Secretary in a speech Tuesday for claiming 'she did not hear' President Trump's comments about African countries.

The strong remarks came toward the end of a hearing in where Kirstjen Nielsen denied hearing President Trump use the term "s---hole" or "s---house" in a meeting regarding immigration at the White House last week.

At times visibly upset, Booker said he was "seething with anger" and recalled the "tears of rage" he shed when he first learned of the quote attributed to the President.

"For you not to feel that hurt and that pain and to dismiss some of the questions of my colleagues, saying, 'I've already answered that line of questions,' when tens of millions of Americans are hurting right now because of what they're worried about happened in the White House, that's unacceptable to me," Booker said.