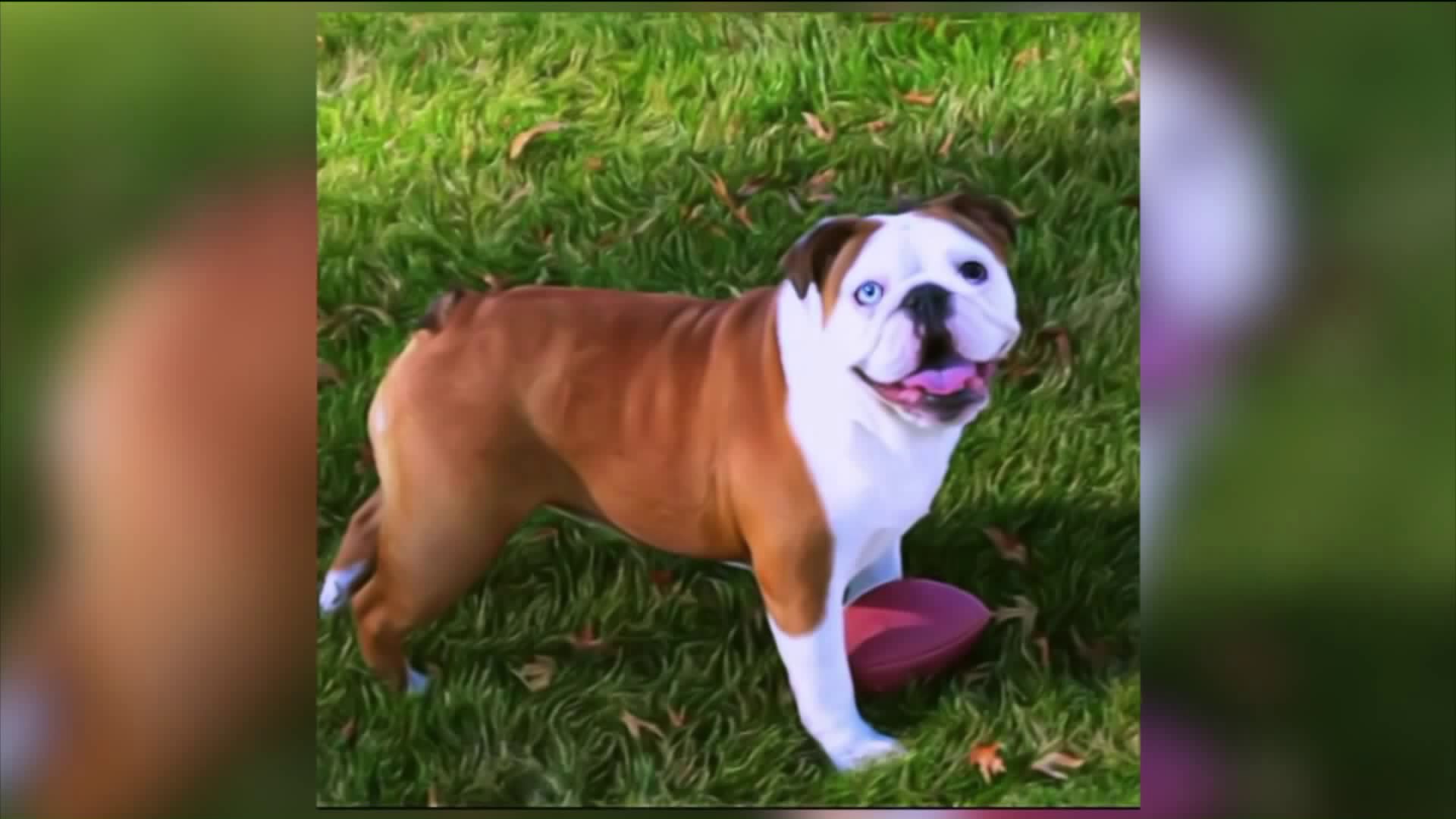 A woman dropped her dog off at a PetSmart for a grooming appointment. Then she got a call telling her Scruffles had been taken to a vet. She posted about it on Facebook and heard from another woman who had a similar story.

FLEMINGTON, NJ — A New Jersey woman is heartbroken over the death of her bulldog, Scruffles.

Danielle DiNapoli says Scruffles died less than an hour after she dropped the pup off for a grooming appointment at the PetSmart in Flemington, N.J.

Scruffles wass an 8-year-old seemingly healthy bulldog. She was considered a member of the DiNapoli family.

It’s been 11 days since Scruffle's death and DiNapoli still doesn’t know how or why her dog died.

DiNapoli dropped Scruffles off at PetSmart at 9:45 a.m. on Dec. 29. She says at 10:35 .m., she was called by PetSmart and told to go to a nearby vet. When she arrived at the veterinarian’s office, Scruffles was dead. The vet says PetSmart employees dropped her off already deceased.

DiNapoli says since that fateful day, she has made numerous attempts to get answers from PetSmart, to no avail.

“We tried to call PetSmart they referred us to corporate and they wouldn’t give us any information, they kept saying it’s under internal investigation and I immediately reported it to the New Jersey SPCA and they called that night and I think they called last Friday and they said they had the final report and they gave us some verbal information, which none of it matched with the other two reports, everything changed,” DiNapoli said.

She started a Facebook page "Justice for Scruffles" and was shocked when she says hundreds of people reached out to her with complaints about PetSmart. In one case, a woman from North Jersey claims her dog went to the same PetSmart in Flemington for grooming the same week as Scruffles. The dog owner says her pup died suddenly just days later.

PIX11 reached out to PetSmart and they sent us this statement:

“We are truly saddened by the loss of Scruffles. We immediately conducted a comprehensive internal investigation and found the associates involved followed all policies and procedures consistent with care and services provided to breeds such as bulldogs. The outstanding piece of the investigation is the result of the necropsy report, which will likely assist in understanding the overall circumstances leading to Scruffles’ unfortunate passing. Our thoughts and sympathies remain with Scruffles’ family, and we continue to be in contact with them during this difficult time.”

It's of little comfort to the DiNapoli family.

“The reason why I’m speaking out today is because this is almost two weeks since my dog died. We were led to believe we would get a written report of the timeline of her death,” DiNapoli said

DiNapoli also questions her lack of rights as a pet owner. She says she has asked to see any written documentation or report from PetSmart about the incident and has, thus far, been denied by the company.