Worker caught on camera stepping on fish at Chinatown market 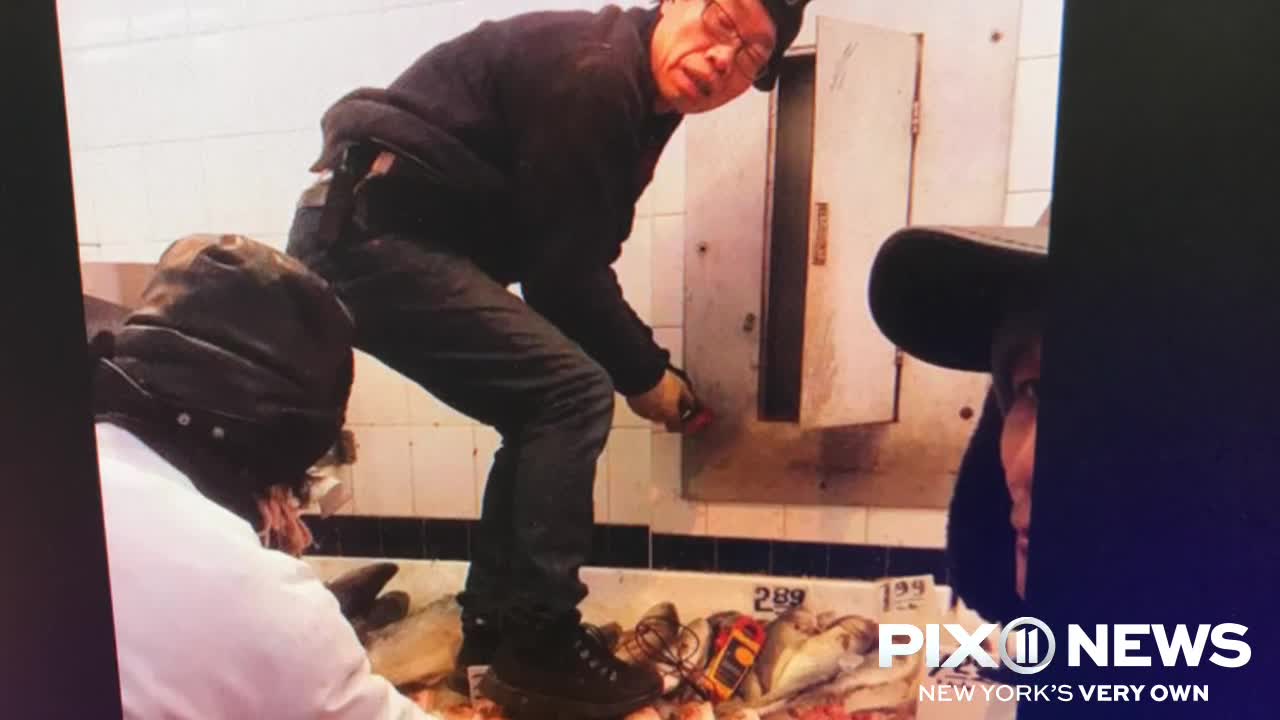 A customer catches a man walking on the fish wearing boots to fix an electrical problem. You’ve got to see it to believe it. 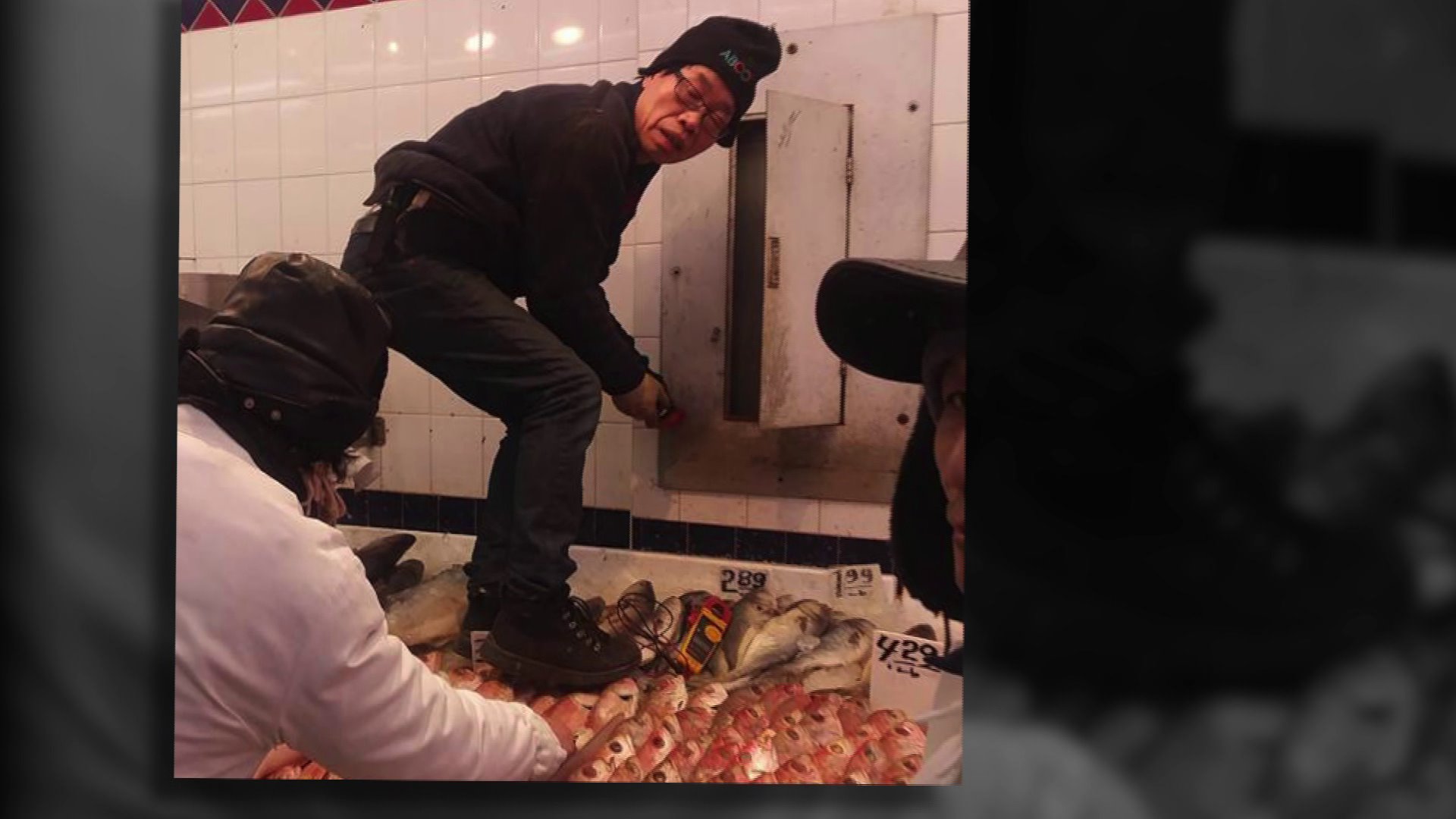 CHINATOWN, Manhattan — A frequent customer at a Canal Street fish market spotted something shocking during a visit last week to buy fish for her family: a man was standing on the fish in his boots as he worked on a fuse box at the back of the case.

Apri Davidson pulled out her cellphone and recorded what she saw at Hung Kee Fish and Meat.

“Seriously, seriously, you’re gonna stand there on the food with your boots," she can be heard asking.

The man, still working, said the employees would wash the fish.

She posted the video on some pictures he took to her Facebook page. It's gone viral with almost 35,000 people sharing it.

An employee who appeared to be in charge Monday said the man who walked on the fish was called in to fix an emergency electrical problem.  The employee also insisted that all the fish that were stepped on were thrown out before any of them could be sold.

PIX11 contacted the New York State Department of Agriculture and Markets Monday and immediate action was taken. A spokesperson said: "Upon receiving a video exposing an apparent food safety violation at Hung Kee Food Market in Chinatown, the Department sent a food safety inspector to examine the facility.  A  full sanitary inspection was conducted on Monday, January 8, 2018, resulting in critical deficiencies."

The food safety inspector also addressed the consumer complaint regarding an individual standing on fresh fish.  Management stated that a contractor, who was hired to repair an emergency electrical issue, stood directly on a fish display to access the electrical panel.  Management has since instructed employees on proper access for electrical panels without jeopardizing product integrity and wholesomeness.

As part of the Department’s new policy to increase consumer awareness of the sanitary conditions in retail food establishments, Hung Kee Food Market was instructed to post the results of that inspection in a conspicuous place at the store.  As a result of Monday's inspection, the firm was assigned a “C” grade for Critical Deficiencies unable to be corrected at time of inspection, noted.  To help ensure the market remains compliant with the State’s food safety regulations, the department will conduct a follow up inspection at this location in the near future.