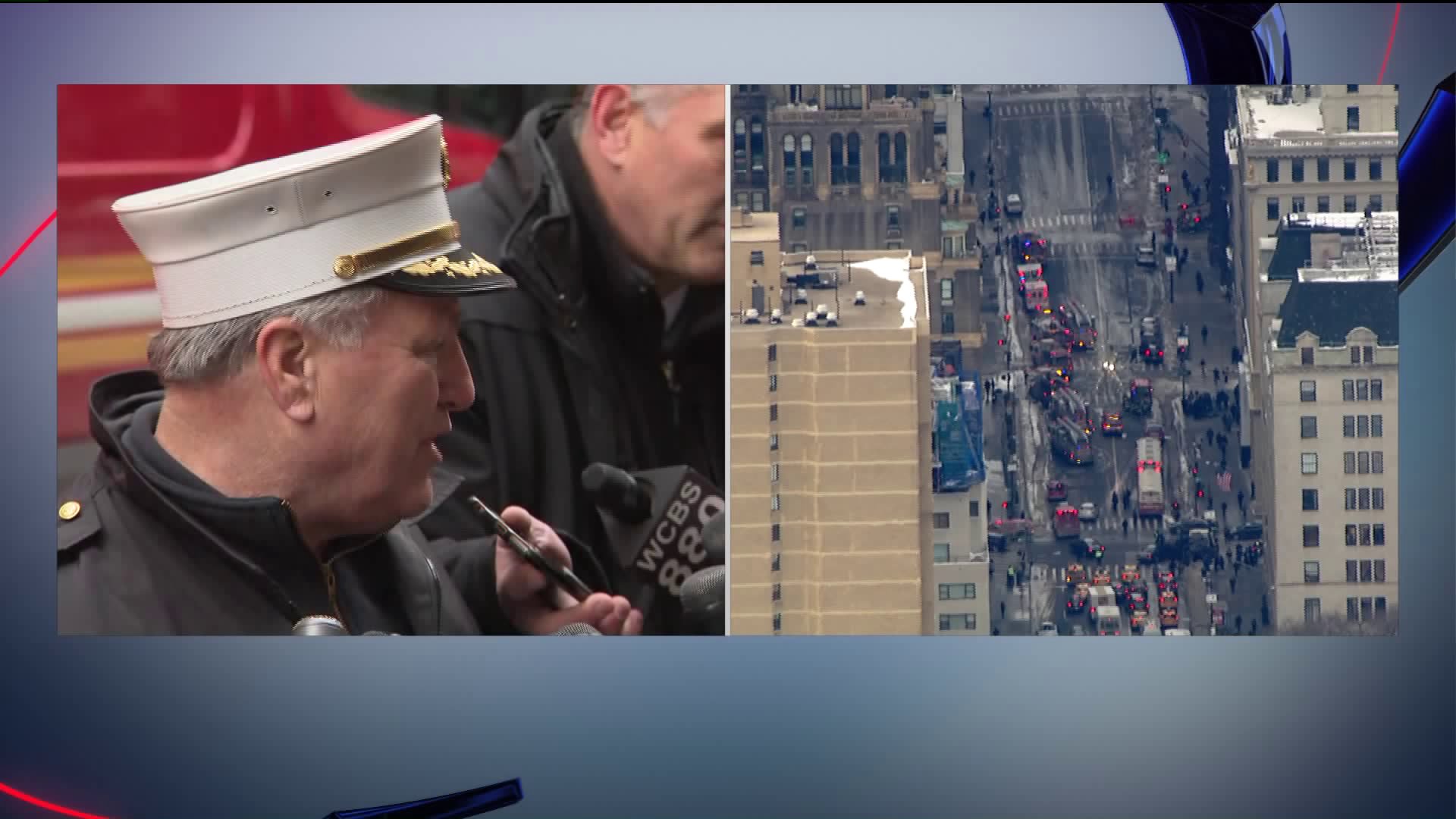 MANHATTAN — Three people, including a firefighter, suffered minor injuries after a fire broke out on the roof of Trump Tower Monday morning,  the FDNY said.

The blaze was reported at 721 5th Ave. at 6:58 a.m., FDNY said, first describing the fire as coming from the building's top floor.

FDNY later said flames were located on the roof, and there was never fire inside the building.

Investigators are looking into a possible electric issue as the cause of the fire, Sakowich said.

Eric Trump, Donald Trump's son and the executive vice president of The Trump Organization, tweeted that an electrical fire in a cooling tower was being eyed as the cause.

Debris fell on a firefighter during the incident, and an engineer inhaled smoke while using a fire extinguisher to try and stop the fire, Sakowich said. Both sustained minor injuries, and the engineer refused aid.

A third civilian also suffered an injury and was treated on scene, the FDNY later said.

President Donald Trump was not at the Manhattan high-rise at the time of the fire. He is scheduled to appear at an event in Tennessee Monday afternoon.

Tenants inside Trump Tower were advised to stay in place, and the building was never evacuated, Sakowich said.

Dark plumes smoke came from the building's roof just after 7 a.m., when firefighters first started to battle the blaze.

As firefighters sprayed water on the flames, steam billowed from the roof due to the frigid weather. Temperatures in Manhattan were 19 degrees at the time of the blaze, Sakowich said.

The fire was knocked down around 8 a.m., according to Sakowich.

There was a small electrical fire in a cooling tower on the roof of Trump Tower. The New York Fire Department was here within minutes and did an incredible job. The men and women of the #FDNY are true heroes and deserve our most sincere thanks and praise! https://t.co/xuTmq1GBbj

Scroll through PIX11's photo gallery to see some of the images witnesses shared on social media.