1 person killed, another seriously injured in big car pileup outside Buffalo on the Thruway as snow falls on region 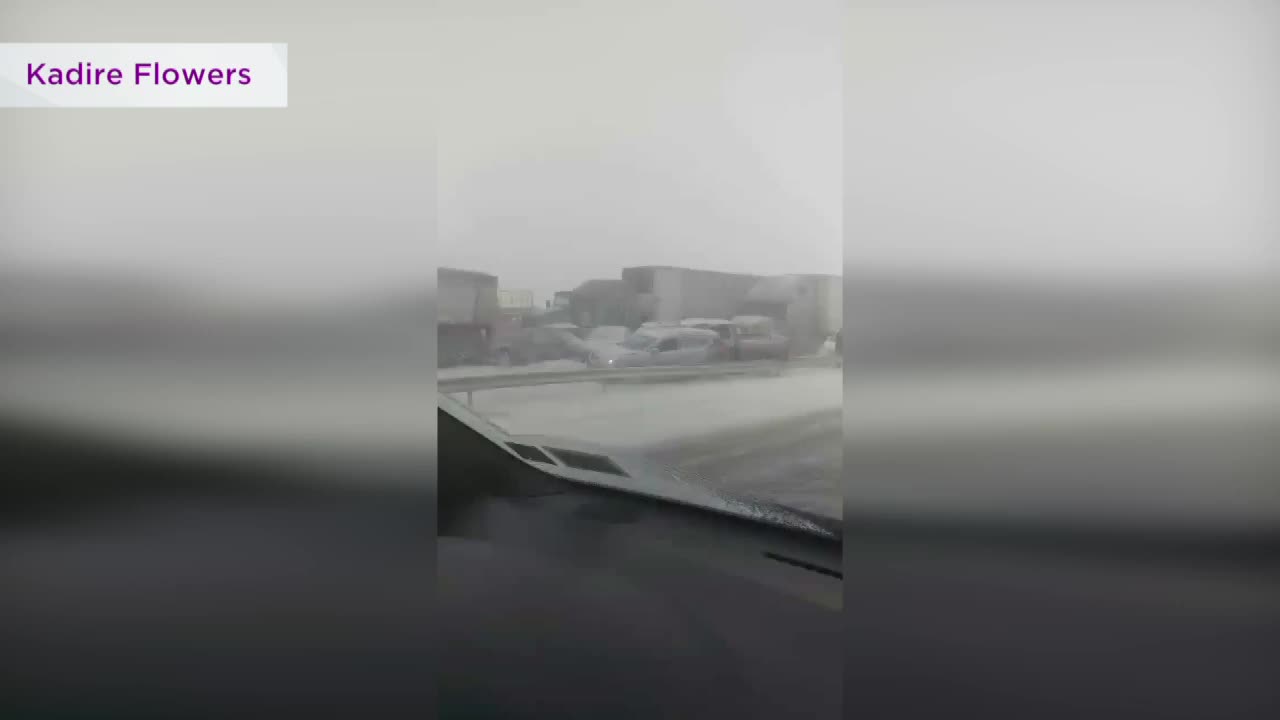 As snow fell on the Buffalo region, dozens of cars were involved in a pileup on the New York State Thruway outside the city Tuesday afternoon.

BUFFALO, N.Y. — As snow fell on the Buffalo region, one person was killed in a pileup on the New York State Thruway involving dozens of cars Tuesday afternoon.

A second person was rushed to the hospital with life-threatening injuries. No other injuries have been reported so far.

Snow was falling as 15 to 25 vehicles collided just before 2 p.m., police said. Officials do not yet know what caused the pileup.

I-90 is closed eastbound and westbound between exit 50 and exit 49 as emergency services handle the crash. Drivers should expect delays and are urged to find alternate routes.

Congestion from the crash extended more than 7 miles from the scene of the accident, according to NITTEC, a coalition of agencies that monitors real-time traffic conditions.

Making matters more difficult for drivers, first responders and city workers is the snow that continues to fall as high winds create whiteout conditions. A blizzard warning is in effect until 1 a.m. for the area.

The Erie County Executive issued a travel advisory for the area.