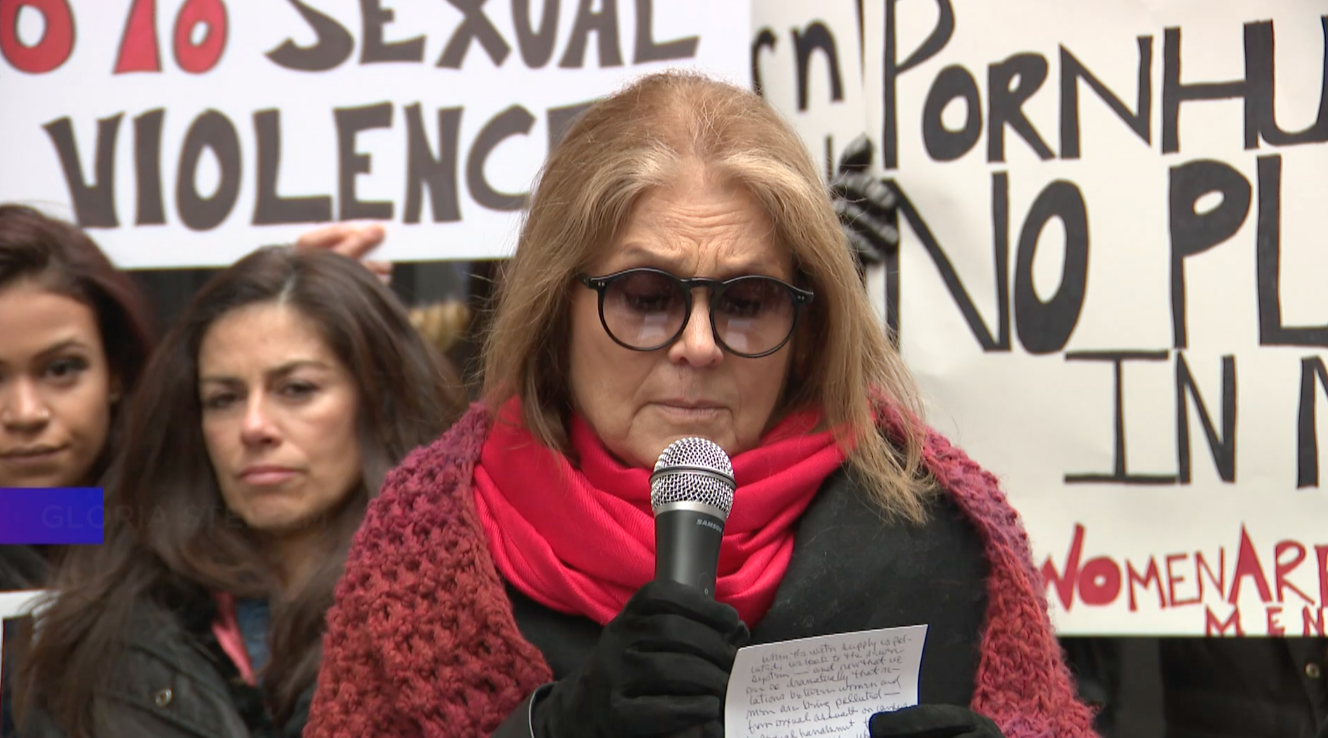 Pornhub.com, which gets 64 million hits daily, opened the temporary brick and mortar store in November. It sells items like handcuffs, whips and other sex toys.

Some say it’s promoting pleasure. But Melanie Thompson disagrees. She was kidnapped and sexually assaulted at age 12 and says the Internet is one of the biggest platforms of exploitation. She believes the store ignores what she says is the dark side of pornography.

“A lot of times people that are ignorant on the subject only see the surface and what this particular pop-up shop is showing is that that surface is that women are enjoying it," said Thompson. "However, what’s really happening behind these closed doors are people are being cohered, being lured in by fraud or forms of coercion to have repeated rapes and physical abuse and mental abuse happening to them.”

Protesters ultimately marched into the store. And while they took issue with the merchandise, they were primarily protesting the pornography industry as a whole especially in light of recent sexual assault allegations.

The pop-up will close on December 20th.