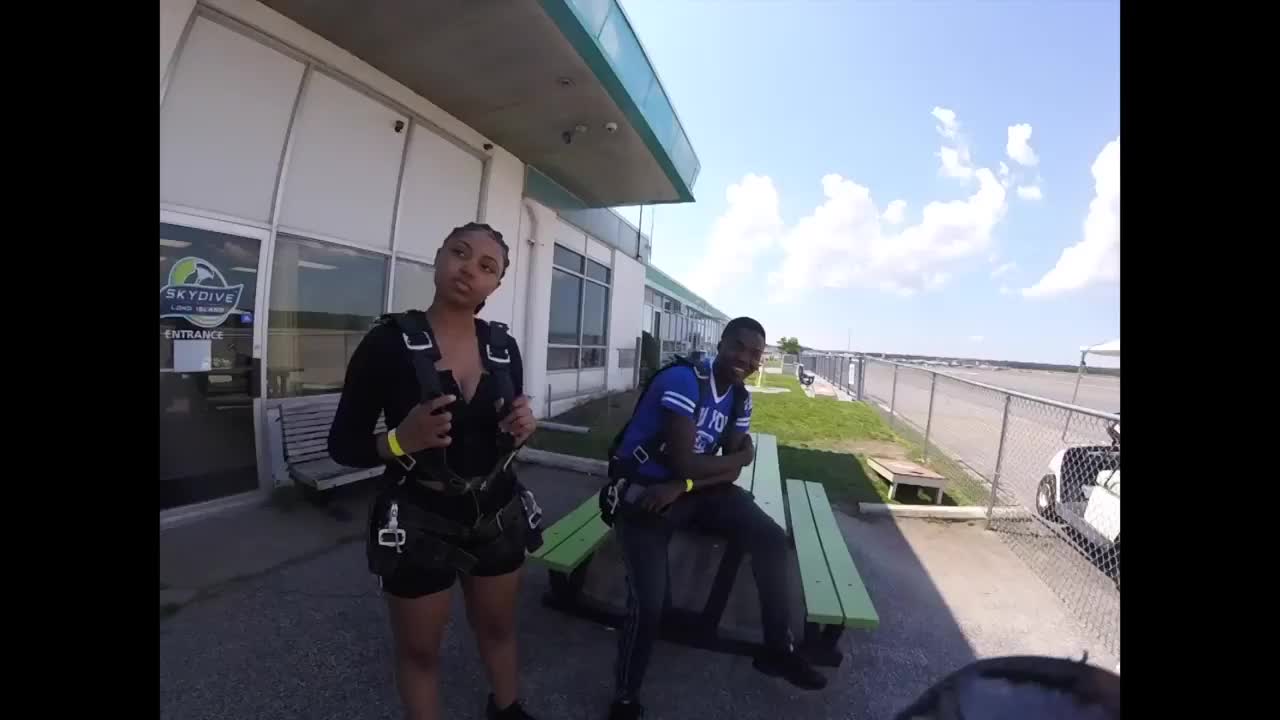 The video above was released by Suffolk County Police and shows the pair skydiving.

SUFFOLK COUNTY, Long Island — A couple went skydiving on Long Island and bought video of the experience to save as a memory -- but they charged it all to someone else's tab.

On Friday, police in Suffolk County released that video with a call for help identifying the suspected thieves, whose faces and voices were clearly recorded in the footage.

Police are looking for the duo who they said stole a credit card number in June and went skydiving. (Suffolk County Police)

The 3-minute long video shows the wanted couple talking about their nerves before the flight, smiling for the camera on the plane, skydiving with their instructors and captures their reactions when they land.

"So much fun! Thank you!" the woman says as she poses for the camera.

"That was amazing. Best thing I ever did in my life," the man says.

It was not revealed how much money the couple charged to the stolen credit card, but according to prices listed on Skydive Long Island's website, it was likely hundreds of dollars. A single tandem skydive experience costs $298; a video package costs $119; and a video and photo package costs $149.

A cash reward of up to $5,000 for information that can lead to an arrest.

Anyone with information is asked to call Suffolk County Crime Stoppers at 1-800-220-TIPS. All calls are confidential.